A History of Norwich City in 100 Goals No. 4: Teemu Pukki v Manchester City

Continuing his occasional series, Nick Hayhoe looks back to Saturday 14 September, 2019. Norwich City had an unprecedented injury crisis and were about to play the Champions of England. What happened next? 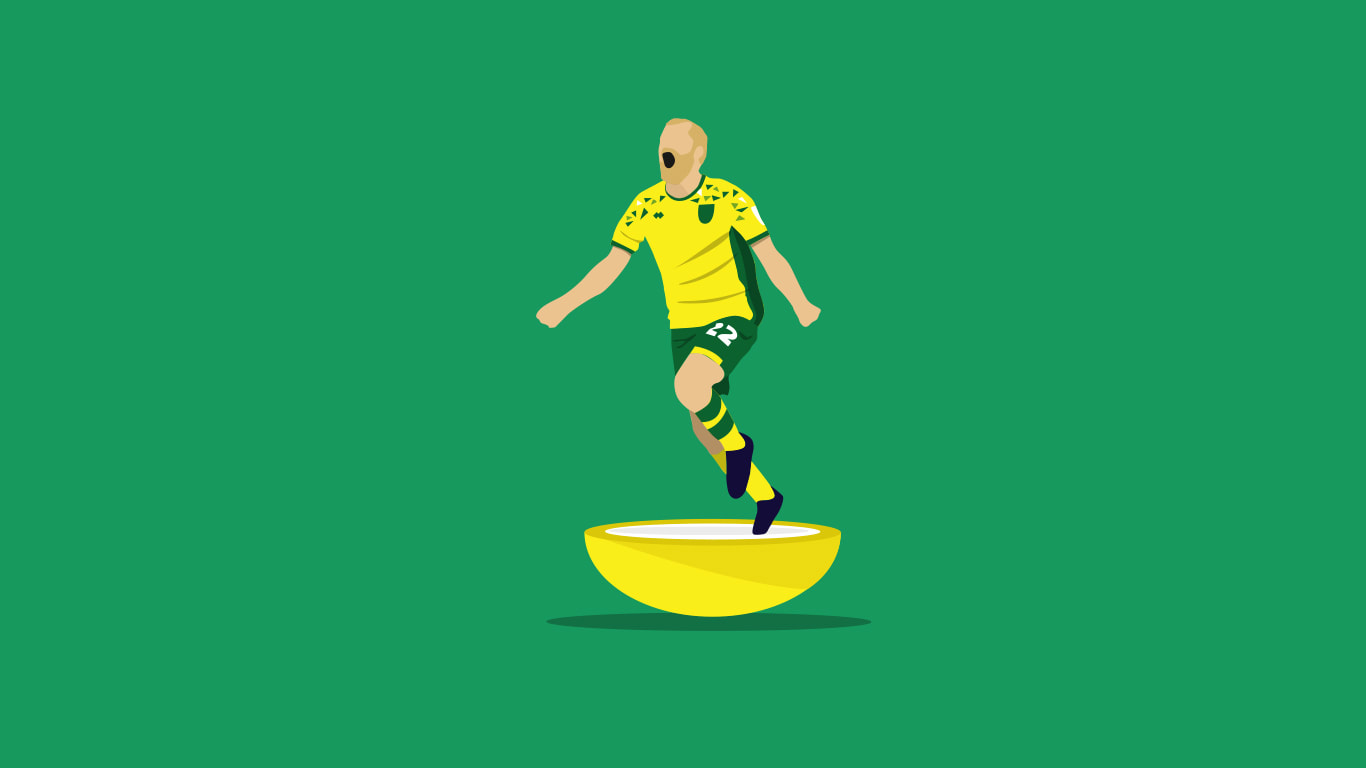 And sometimes just like that; all the pain, all the misery you experience supporting your football club, in one moment it all becomes worth it in 10 seconds of pure ecstasy.

On Friday 13 September 2019, Norwich City manager Daniel Farke spoke to the usual gathering of journalists for his pre-match Premier League press conference. His first words? “We have quite a few injury problems”. This, as with so many things with the German, was as understated as one could get. Norwich’s squad was decimated. Crippled. Slashed. For a club that often faces more than its fair share of injury woes, this one was almost like a parody. Farke rattled the names off: centre back Timm Klose, centre back Christoph Zimmermann, centre back Grant Hanley, centre back Benjamin Godfrey, defensive midfielder Tom Trybull, winger Patrick Roberts, attacking midfielder Moritz Leitner, full back Maximillian Aarons, centre midfielder Mario Vrancic. Goalkeeper Timothy Krul a mere ‘doubt’. Most having played a part in City’s tier two title winning season the previous year and most involved in Norwich’s okay start to the Premier League that year. The team they are facing the next day? Manchester City. The oil-soaked rich billionaires of Manchester City. Title holders and generally regarded as one of the best football teams in the world.

While this was not an FA Cup 3rd Round David v Goliath match, and Norwich were most definitely in the Premier League on their own merit, this did not stop bookmakers from offering odds of up to 16/1 on a home win. They may have been in the same division on paper, but Man City were in, for all intents and purposes, a completely different league in the crazy cash throwing world of modern football. So, with the treatment room at the training ground, Colney, looking at having to add a new wing, Norwich had no chance.

The atmosphere that evening in the build up to the game, however, told an all together different story. While Norwich fans often bicker amongst themselves about modern Carrow Road’s atmosphere, declare themselves tinpot, happy clappers, and all the usual Twitter reply adjectives, there is one thing they can always be counted on: giving it all when the arrogant, nouveau riche treat us with the disrespect they would an aggravating stone stuck in the sole of their shoe. Tottenham Hotspur 1959, Bayern Munich 1994, Manchester United 2005… They never like it up ‘em.

Before the effects of the pre-match pints started to wear off (the game being a Saturday evening kick off), Norwich were ahead within 30 minutes – leaving all in the Barclay to check all the usual signs that this was, in fact, a lucid dream. Kenny McLean, the Mayor of Norwich, rose unmarked to nod Emi Buendia’s corner home to the sound of a roar that could be heard all about the lanes, beaches, rivers and broads of Norfolk before Todd Cantwell danced, badly, after finishing off a delicious move that marked the peak of what had been dubbed “Farkeball” since his arrival at Norwich.

Man City nicked a goal back, as the top teams so often do even when not playing well, just before half time. And yet this was no start of a Man City comeback.

Nicolas Otamendi, who has played for Argentina 74 times and at two World Cups, dithered on the ball just outside of his own penalty area on the 50th minute and Buendia took advantage, pinching the ball off him, and rolling the pass across the six yard box to Teemu Pukki to tap home one of the easiest goals he would ever score.

And it is that moment, with the roar from the Carrow Road crowd greeting the players rushing over the Barclay to celebrate with the Finn, where everyone forgot about the 0-0 away draws against Burton Albion and the last minute home defeats, because that was what it was all about. From then, until the end of the game, not a single voice in Carrow Road, outside of the away end, wasn’t being heard – culminating into a crescendo of pure white-hot noise like no other. No singing, no chanting, just a pure, raw wall of sound which did not stop until it erupted into a riotous scream of joy at the final whistle.

Of course, for Norwich that season, that was as good as it got. From that game on City, and subsequently the world itself, lurched from one crisis to the next. For the Norwich fan, that was the peak of it all for quite sometime as, three months later, reports started coming out of Wuhan in China that a very contagious and dangerous virus had been discovered – one that would change the world of football beyond all measure. Behind closed doors, in a final act of the season that could be described as Schodringer’s Relegation, Norwich were thumped 5-0 by Man City at the Etihad Stadium in the return fixture.

But, on that day in September, the soon to be famous final image of Pukki, finger in air with the biggest grin on his face, as full internationals, FIFA Ultimate Team darlings and World Cup players John Stones and Ederson lay dazed and confused in the penalty box in front of the Barclay, sums up that old classic phrase as better than this piece or any other piece of written word can: Along Come Norwich.

Punt and Parsley are joined by former Little Yellow Birders, Clare Thomas and Dan Brigham. They debate Farke's new knack for substitutions, who is the most important player we couldn't be without and 7 points in 7 days. They also take your questions from the mailbag and round off with the as always factually inaccurate quiz.... 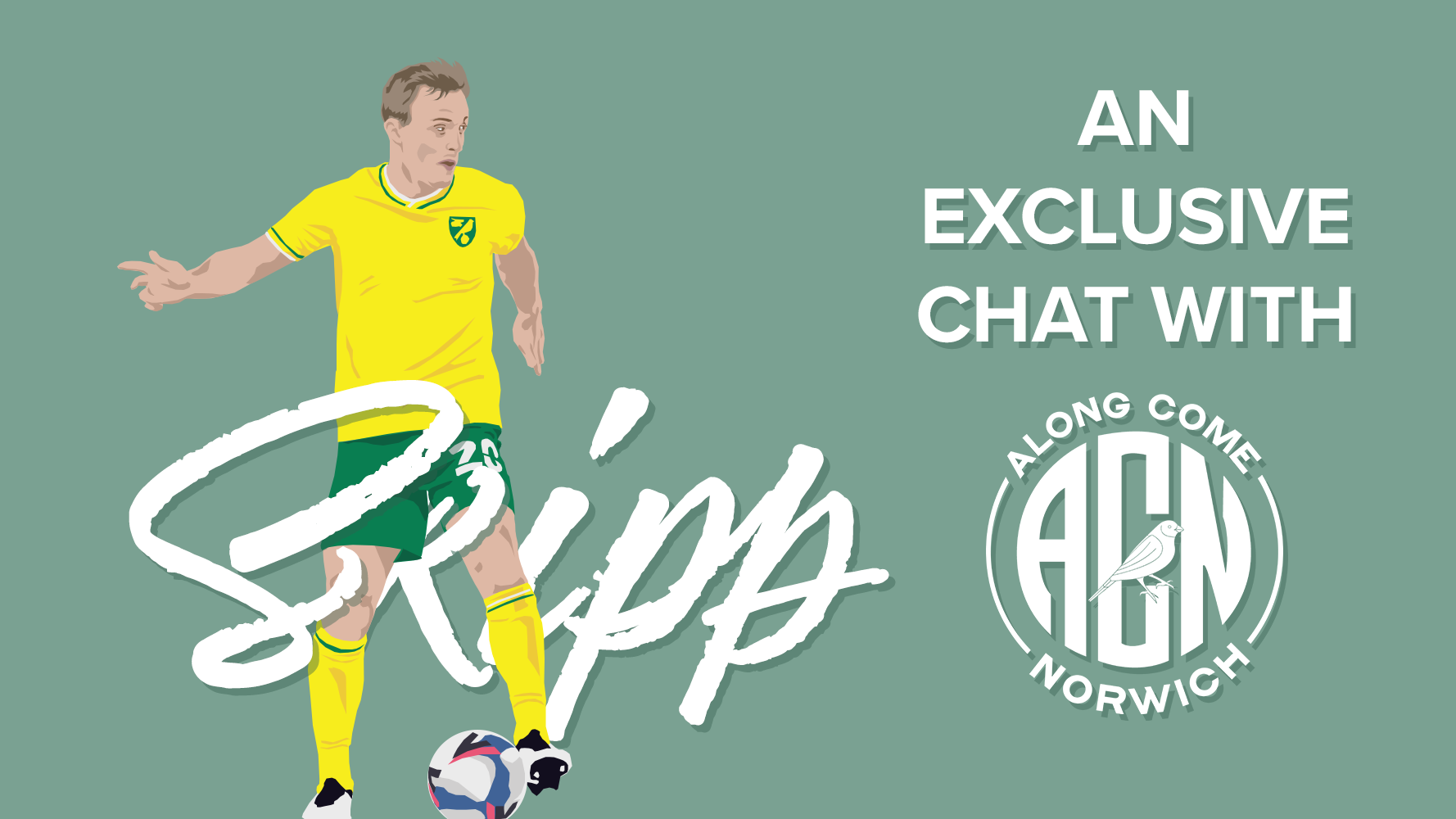 The ACN Podcast Episode 62 – a chat with Oliver Skipp

Norwich City's on-loan Spurs midfielder, Oliver Skipp, joins the boys to discuss cuddles with Mourinho, Farke pushing his buttons, playing in the era of empty stadiums and life without VAR.