Arsenal (a) – The ACN Review 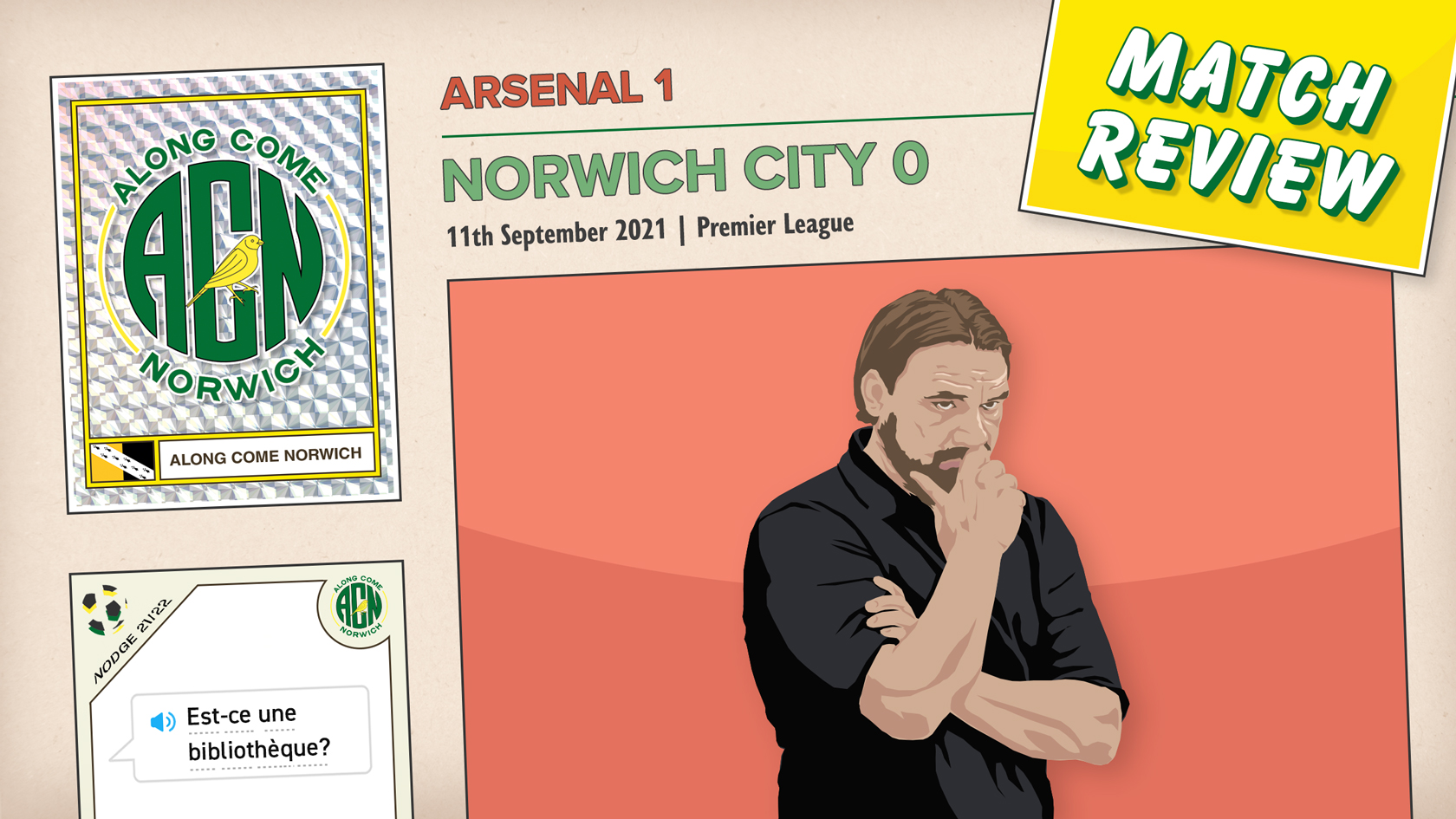 Prior to kickoff the lineup raised some eyebrows, but our young Premier League debutants set a high standard. Tzolis looked quick, crafty, and up for it, Omobamidele seemed as comfortable in the back line as any seasoned centre back. There was also a strong performance from Brandon Williams (who has the Man United trait of being “a bit dirty” down to an art), and Max Aarons seemed to operate higher up the pitch than previous games have allowed him to. On a personal note it was my first away game since Spurs in March 2020, and despite the result it was great to be back on the road with friends. In true away day fashion, my tea was a hastily gathered meal deal from Sainsbury’s eaten down a side road near King’s Cross, which felt like the surest signs that away days are truly back.

Blimey. We’re still crying out for the inclusion of an actual defensive midfielder (don’t get me started on the seemingly impossible standard Sørensen needs to hit to make it into the squad) so we can only hope that the inevitably imminent debut of Normann solves that issue. The loss of Buendía has led to a loss of the service that Pukki relies on, which is a strong contributor to our issues in front of goal. Bed in Normann, Kabak, and figure out whether we want to serve Pukki/keep the current service and slot Sargent in, and things may look up.

I’m not asking for much.

I enjoyed the Arsenal fans singing ‘we are staying up’ in what I assume was an ironic sense. Other than that it was just very tiring and not massively funny.

As previously mentioned, Omobamidele’s Premier League debut, off the back of a wonder international break with Ireland, lived up to all expectations. I worried if he might look out of depth in the Prem having only played a handful of matches in the Championship, but he slotted in admirably and looked magnificent in the air. He seemed to help Hanley out of a lot of trouble – hopefully we’ll see a lot more of him in the league this year.

I can’t bring myself to dignify this with a response.

Decent. Arsenal fans were very subdued, and the moment Norwich began to show attacking intent they may as well have not been there. Norwich fans were in good voice and took advantage of a fan base that were clearly feeling a tad nervy.

It went exactly as expected. I have two requests for Norwich that haven’t been satisfied since our last Premier League campaign. 1) Show a bit of bite. Tackling is sometimes necessary and not something we should be afraid of. 2) Play to the whistle and accept the referee’s decision – no matter how stupid it is, no matter how nonsensical, it’s final and you have to move on. When we’re mouthing off about a throw-in the opposition is already counterattacking. I get it, it’s beyond frustrating, but take that frustration and use it to make an impact.

Overall though it was a good time. Arsenal fans are such a self hating bunch that they were pretty decent to us on our way to/from the Emirates, and despite the result I think we’re all so happy to be together again that everyone seemed fairly upbeat.

Onto Watford, and the debate about whether a game can truly be ‘must win’ in September.

Saturday feels massive, so it deserves a massive display of colour for our team. Find out how you can help.....