Brentford (A), The ACN Review

It's a midweek game away from home against Brentford. So an obvious time for Nick Hayhoe to have a crisis... 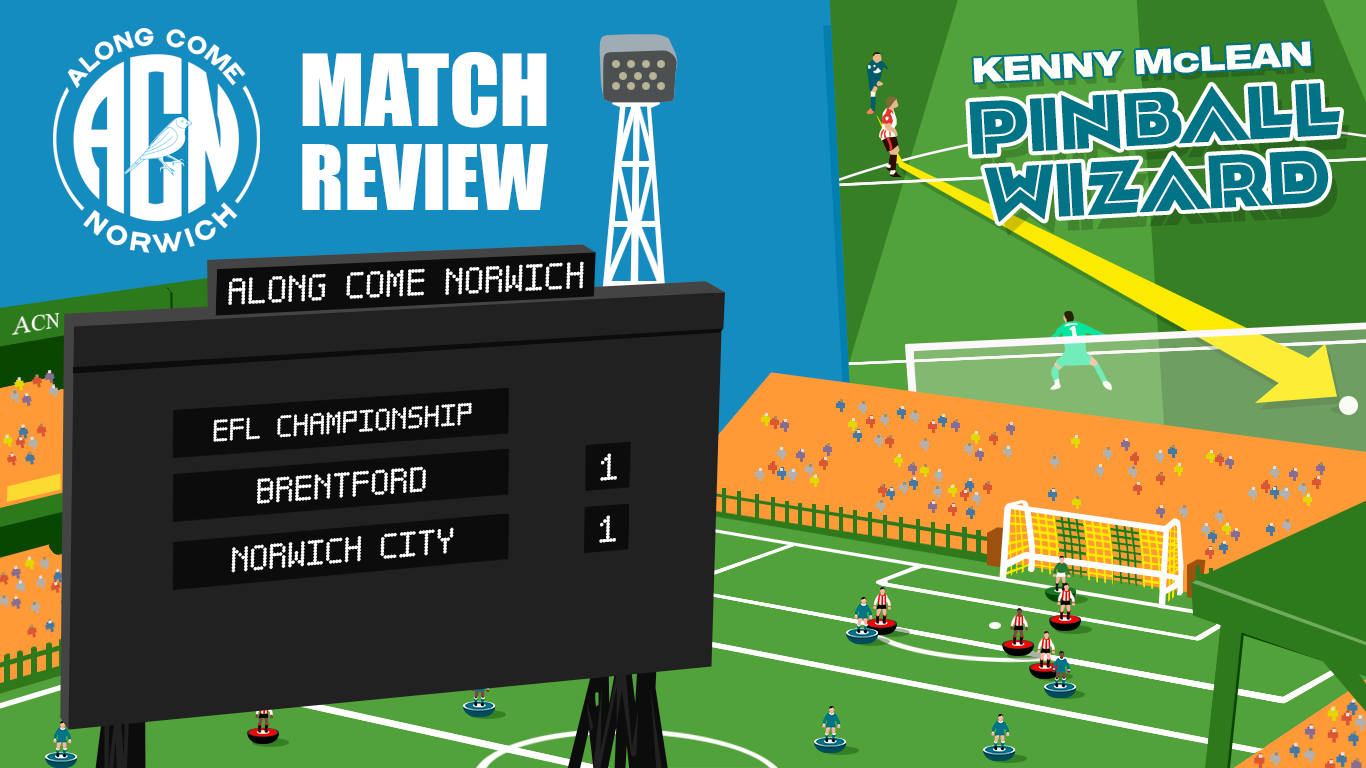 This was a point away from home against a fellow promotion rival that saw a rare stroke of luck going Norwich’s way yet again (whenever we get any lucky moments I will take it as a huge positive as they do not come around often). I also don’t think we were that bad at the back-  however…

Our main strength (going forward), ran out of steam in this game on quite a few occasions  – where we suddenly look short of ideas. It is good that a. The opposition seems to flag massively more than us in the last ten minutes and we take advantage and b. We are finding a way and getting the points – but it is still not quite clicking as well as I think we all know it could be.

The night’s fun begins, as with most games now, an hour before. Not with a well deserved pint after putting flags out or trek across the country, but with the ALL IMPORTANT TEAM NEWS. It filtered onto Twitter that Mario Vrancic was going to start after all this time, and before I even see the rest of the line-up, the hot takes start flooding in. Good idea? Bad idea? I realise I don’t even know any more and conclude that lose then it will be a bad idea and win a good one. Isn’t that what football boils down to after all? (well no, not in these modern times where we all need to make a narrative, investigative article, phone in topic, Twitter thread and long read out of every little bit of football information).

This was the save by Krul that stopped it from turning into 2-0 and a massive mountain to climb. An unbelievable save and I have no idea why people aren’t talking about it more.

You’ve got to give Sorensen massive credit for dropping into the starting XI like that at the very last minute and then playing as well as he did. The fact we didn’t hear much about him is actually a testament to how few mistakes he made. This kind of solid back up, in this of all seasons, is going to be crucial.

It is the colour of the seats in Brentford’s new stadium that nearly sent me over the edge. Like the Gabba cricket ground in Brisbane, scene of many an England batting implosion (perhaps the source of my irrational ire), they are multicoloured in a pseudo random fashion that, when there is a sparse crowd, it gives, for the splittest of split seconds, the impression that the ground is actually full. This annoys me. It annoys me that someone, somewhere, had to present this idea to a group of people in an office on a TV screen that took IT 20 minutes to get to work properly, and they all nodded their head sagely and thought that it would look good for a football stadium. It annoys me that this, and only this, is the one stand out feature of a football stadium that otherwise looks, feels and sounds exactly the same as any football stadium built in the last 20 years. It annoys me to such an extent that, as I watch this game of football so detached from the current reality it may as well be metaphysical, it is the last thing of a long line of things that have had me nearly consider throwing the towel in on the lot of it, to become one of the more sane people who would rather spend their Tuesday watching someone drop a cake in a big tent.

Watching this game through a single zoomed out camera angle, with a single commentator just wanting to get through it and get his money, with a delay so far behind the actual live game journalists were literally reporting on Twitter incidents five minutes ahead of them happening on screen, just served to add to the discombobulation that is no crowd football. It’s a feeling I am getting with watching every live game, with every match report I read, every time I hear the scores being read out on Sports Report; where that little note you make in your brain that recognises the noteworthy fact that Portsmouth scored a last minute winner away against Mansfield is then clouded by the blanket dark thought of these times: “Who cares if no one was there to see it?”

Football continues to be stripped down bare to the raw ingredients which, on a night such as this which would normally be an exciting clash between two of the Championship’s best attacking teams, I am wondering why, not for the first time since the start of Covid football, why I am taking 2 hours out of the barely 4 hours I have in the evening to watch it. I sense, though no one will be able to back it up with stats, results or tangible evidence, that this has got to most footballers as well. A wet trip on the coach to London, stuck in traffic on the North Circular, no away fans in front of the player’s entrance to give that little cheer, no early filling away end to train in front of, no nervous mascot to reassure. They are stage actors without the audience in the theatre. The soul has gone and there’s nothing but a camera lens trying to fill it. They go through the motions, win or lose or draw and then hop back on the coach home waiting, like the rest of us, to go back to work again.

Yet again I am finding myself having an internal crisis over lockdown football. It’s time, again, to break into the 03-04 season review emergency DVD. The emergency videos of the Barclay celebrating Klose’s equaliser, the comebacks of the 2018-19 season. They may resuscitate me for now. Enough to take me to the next one. But I am not sure if my love of the game can stay on life support like this much longer. 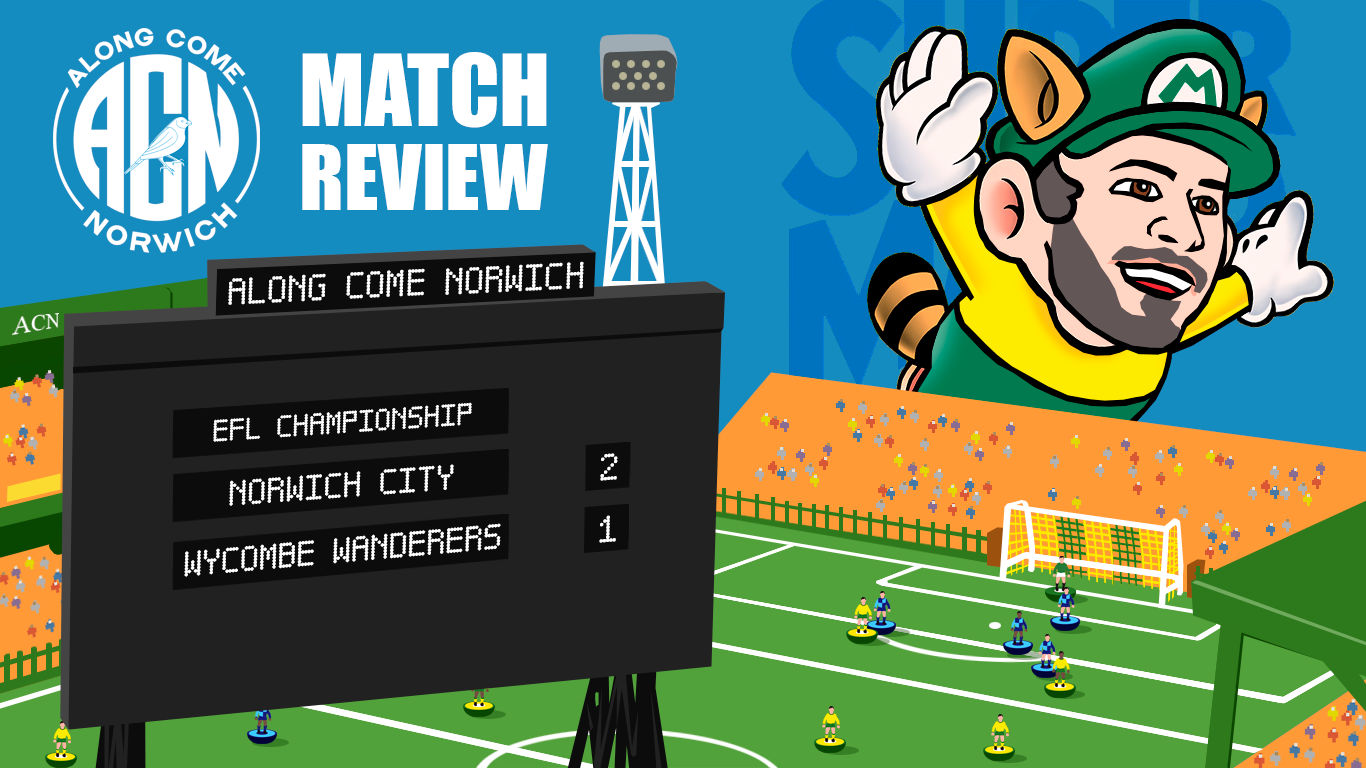 Nick Hayhoe picks out the salient points from a third straight victory....

Jon and Tom get the band back together as we welcome Andrew Lawn for a ramble. Jonathan Blathwayt also joins in to cover the unbeaten run and preview the Bristol City game. There's a triumphant performance in the quiz too...