CRYSTAL PALACE (A); THE PREVIEW

City’s Premier League rollercoaster of emotion heads to a place of little yellow and green joy to face a Crystal Palace side with a similarly up and down record to start the season. Andrew Lawn chats to Robert Sutherland from the Five Year Plan Fanzine to set the scene. 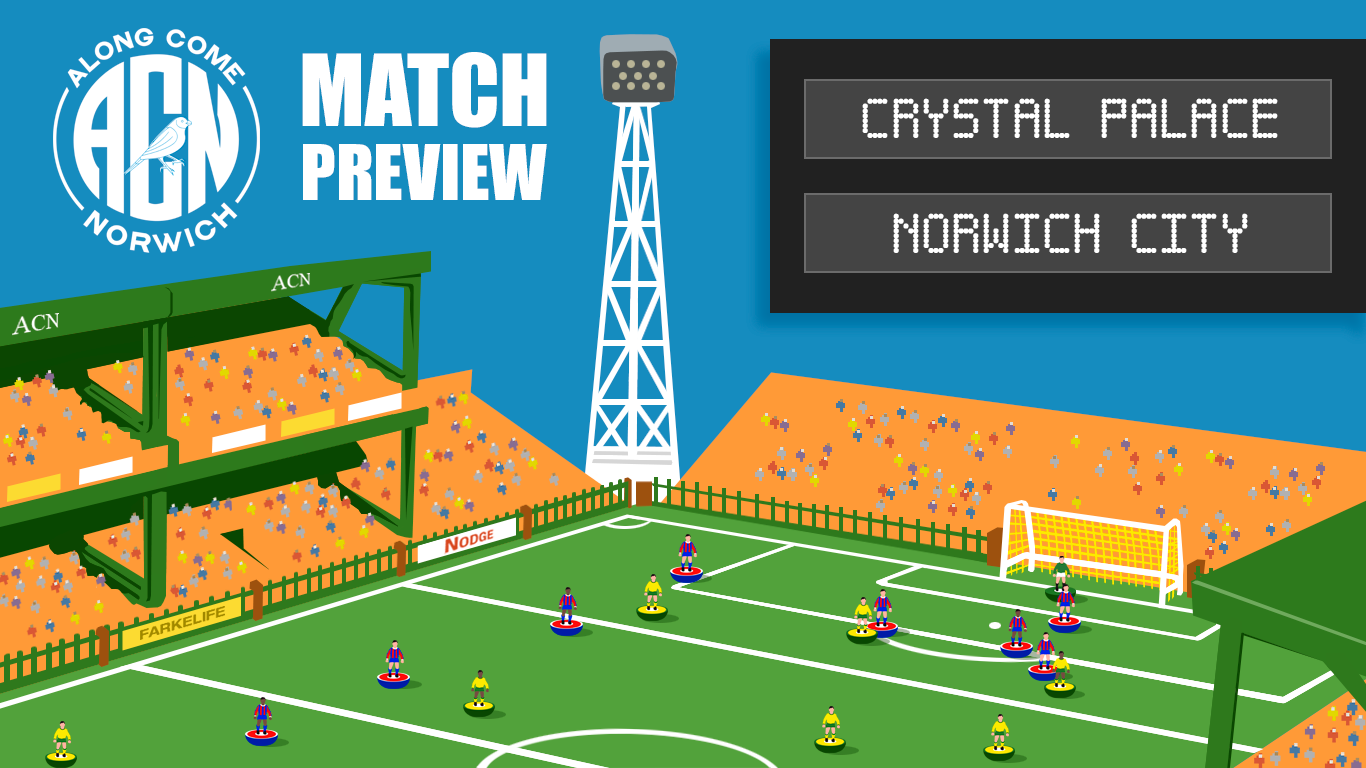 Andy - How would you sum up Palace's season so far? From the outside it looks like a mixed bag with defeat at Sheffield United (no shame in that admittedly) and a disappointing late leveller last weekend, but a win at Old Trafford in there too...

We've had, I think, our second best start to a Premier League campaign but it doesn't really feel like it.

The issue is that we've looked unconvincing in plenty of the matches we've played and that grates, especially given how long we've been in this division.

No-one expects us to win every game, but the performances against Sheffield United, Everton and the first half against Wolves weren't convincing.

Our summer wasn't hugely productive either, summed up by the lack of a signing up front. We look somewhat toothless and our lack of goals has underlined that.

It feels like it could be a long season with no recognised goalscorer to call upon. Benteke used to be one of those but he hasn't shown a hint of that in a few years now.

Benteke's such an oddity. He looked absolutely unplayable for a few seasons and then whoosh, all of a sudden, he looked a shell of his former self. He has form for turning around a dry spell by scoring against us however, Along Come Norwich and all that.

What are expectations like for the season? 17th or better again?

Benteke, in fairness to him, had a serious knee issue that he initially attempted to play through but then finally opted to have an operation on. He was then out from September 2018 until January of this year, and he was slowly reintroduced to competitive football. But it's his finishing which is such a big concern; he has fluffed a few decent chances recently and that's frustrating for everyone.

Football clubs that have stayed up for a few seasons, like Palace, tend to get stuck in a malaise where mid-table finishes are the expectation but don't offer a great deal of satisfaction.

The fact Palace haven't spent a great deal, and that we lack striking options, means any finish above the relegation zone is a good one. That is, per Roy Hodgson, very much the main goal of this season.

It's a reoccurring theme in talking to fans outside the big 6; season after season of striving for little more than a mid-table finish. We're all desperate to stay in this division, but it's not much fun is it?

It's definitely not much fun. Palace have spent hundreds of millions of pounds over the last four or five seasons and still won't get anywhere near challenging the top six.

On to Norwich, what have you made of our start?

I watched the Liverpool game and was critical of your approach, because I felt you were too open -- but then you were playing arguably the best attacking side in world football. You kicked into gear against Manchester City though and beat them brilliantly.

Your manager and recruitment team deserve a huge amount of credit for the way you got promoted and your approach to the game. You're entertaining to watch.

I think you'll find the season a challenging one still though. Teams very quickly clock on to how their opponents play and you'll see a reaction to that. You might just struggle against us because we have a tendency to frustrate passing sides. But then with our form, who knows?

Plus with our atrocious record at Selhurst. We still haven't forgiven Andy Johnson for that dive by the way...

On to Selhurst, we're huge advocates of doing whatever we can to improve the atmosphere at Carrow Road, and have tried to implement bit of a culture change with the addition of some flags and banners etc. The work of the Holmesdale fanatics was part of what inspired us that things could change, so how are their efforts going? I was reading the piece you were involved in, in The Athletic this week that they have moved from their previous position tucked up in a corner to being behind the goal, so has this helped spread their noise?

Haha! Dive?! He nearly broke his neck after that foul.

The Holmesdale Fanatics have been great in terms of the atmosphere. Last season soured the relationship a little as they essentially went on strike until December because of a dispute with the club about that re-positioning into the centre of the Holmesdale Stand. They came back in December 2018 and the atmosphere improved markedly again.

I think there are still some issues with the atmosphere not being as good as it was before. Not because of the move but because of that loss of what we consider to be a common goal. The first three seasons in the Premier League were all about fighting for survival but now, we're not so sure. And it has to be said that our home form being as disappointing as it has been (5 wins out of 19 last season) doesn't help either.

There will be growing pains though and I think that might be what the HF moving to the centre of the stand is going through. People will get more involved as time goes by.

Flinging your head back with such drama will do that to a person's spine...

The dynamic between fans and clubs is a really interesting one I think, as on the surface they both want the same thing; a vibrant atmosphere that inspires the team, but it's not always as straightforward. We're lucky at Carrow Road that the top level are very supportive of what we're trying to do.

On to Saturday, where do you see the game being won and lost?

Our weakness has been down the flanks, especially defensively. Patrick van Aanholt is decent going forward but a bit of a liability in defence (as was shown when he and the rest of the team gave Adama Traore the freedom of the right wing to get that cross in unchallenged) and Joel Ward has these lapses in concentration (which then allowed Diego Jota to score from that Traore cross.)  If you exploit those areas we might struggle.

The key for Palace will be to make chances created count, though. The Wolves and Villa games were examples of how not taking chances can punish you. We beat Villa thanks to the referee taking issue with Jack Grealish's dive in the last minute of the game, while we drew with Wolves because we couldn't see the game out. We are missing a goalscorer and that's hurting us the most.

It could be an exciting game, given we still have almost no fit defenders, but love to attack, pushing our own full-backs high and wide.

Let's finish on a specific prediction. I fancy us to break our Selhurst hoodoo and potentially even nab our first clean sheet of the season. It will require us to start better than we have done away from home so far, but I'll go with Ibrahim Amadou powering in a header to put us 1-0 ahead in the first 10 minutes, before we settle in for 80 minutes of solid shithousing to close it out. Which, I appreciate, immediately contradicts what we said about how the game should go...

I think you might be underestimating what it's like to play Palace. While our form is a bit sketchy, we did absolutely hammer Villa and Wolves in the second half of both games. You're also playing against Mamadou Sakho and Gary Cahill, who are very accomplished centre-backs, so I can't see a headed goal being on the cards for you.

If, and it's a big if, Palace can take that attacking approach they showed in the second half last weekend into this game, we should win it. But yeah, we'll probably concede one too. So, a nice 2-1 home win would be good. 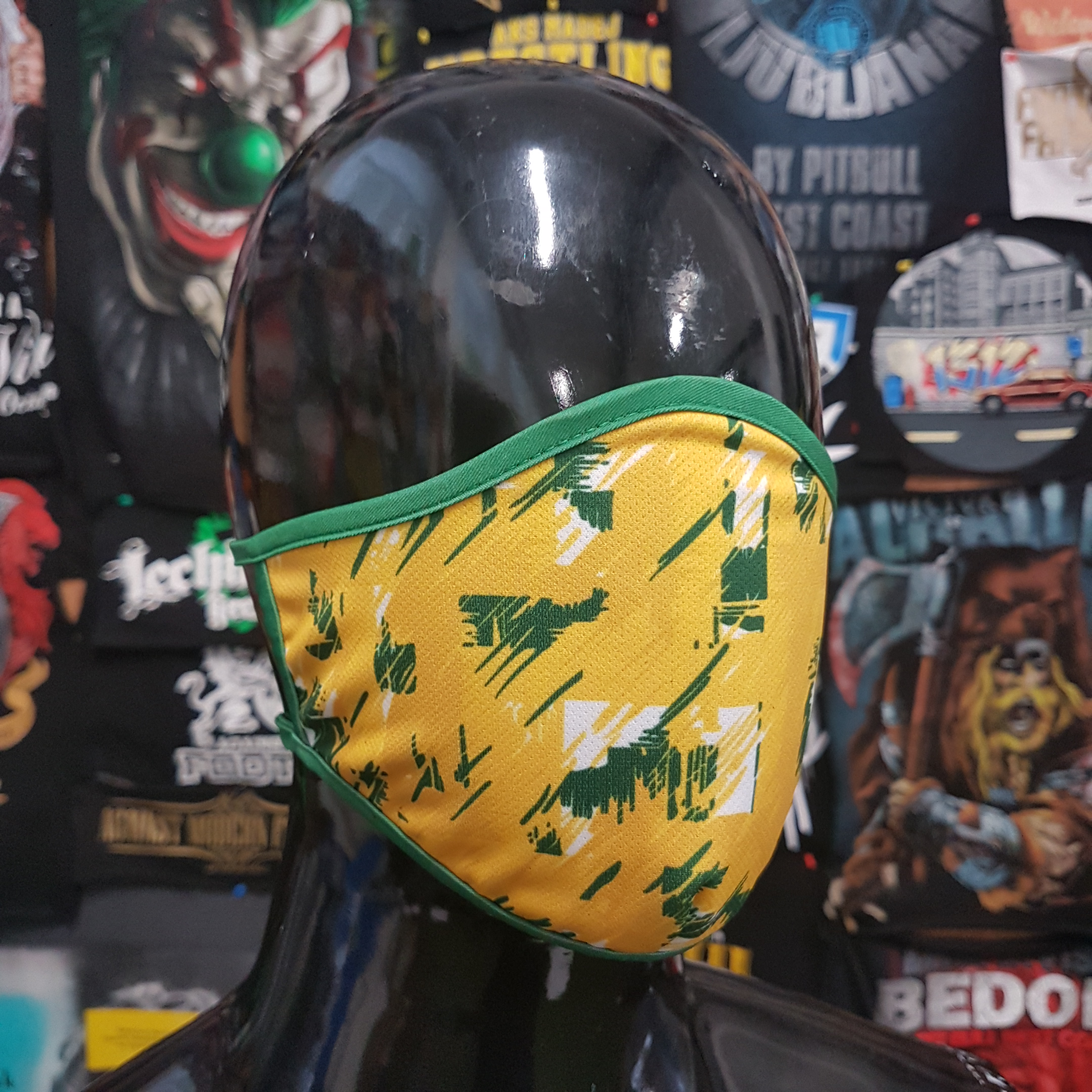 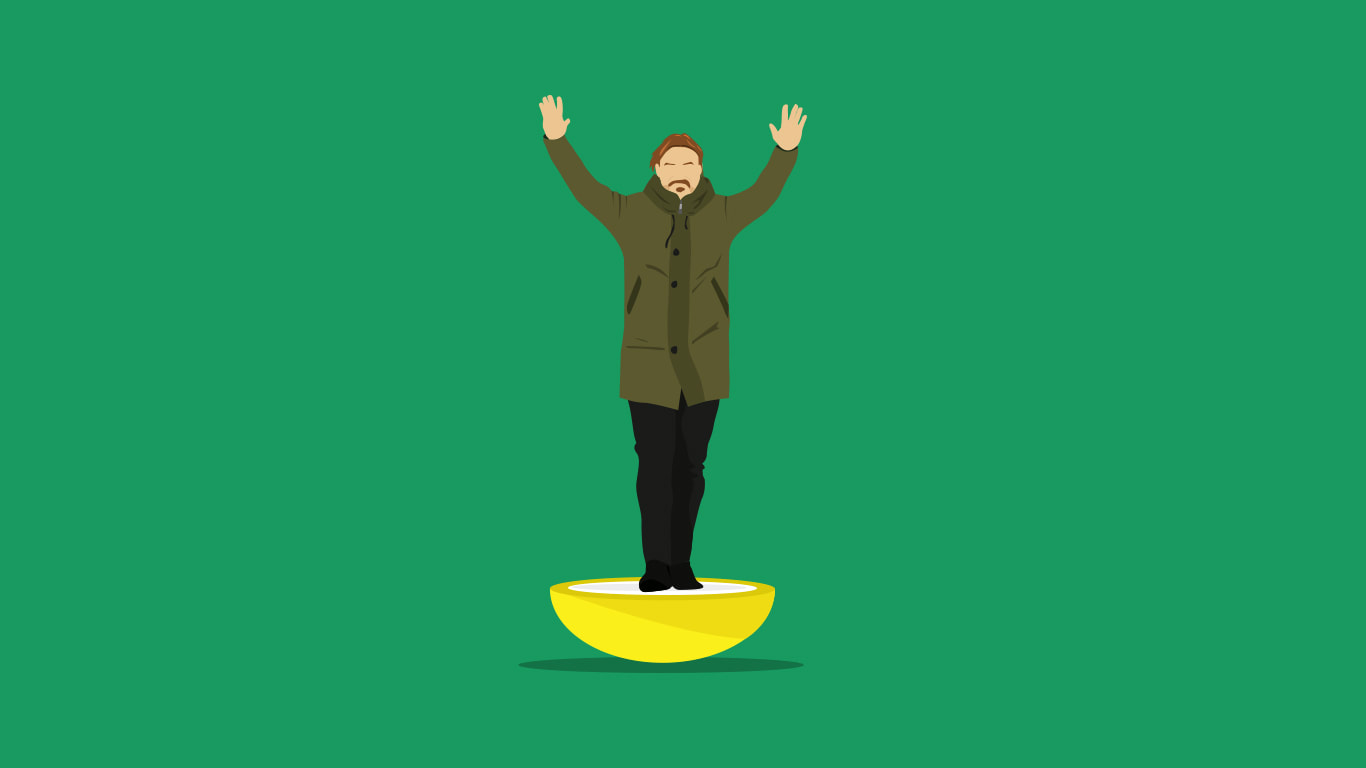 Punt, Lawn and Parsley are joined by former City Skipper and Nodge legend Russ Martin to talk the benefits of xG, little black pants, whether he'd rather play with Zimm or Emi and loads more.