THE FLA; WHO ARE YA?

The recent international break saw the rise to prominence of a group who've flown under the radar so far, The Football Lads Alliance. Matt Barton takes a look at who they are. *** Above: Norwich fans. Let us be clear we are not implicating these are part of the FLA. *** 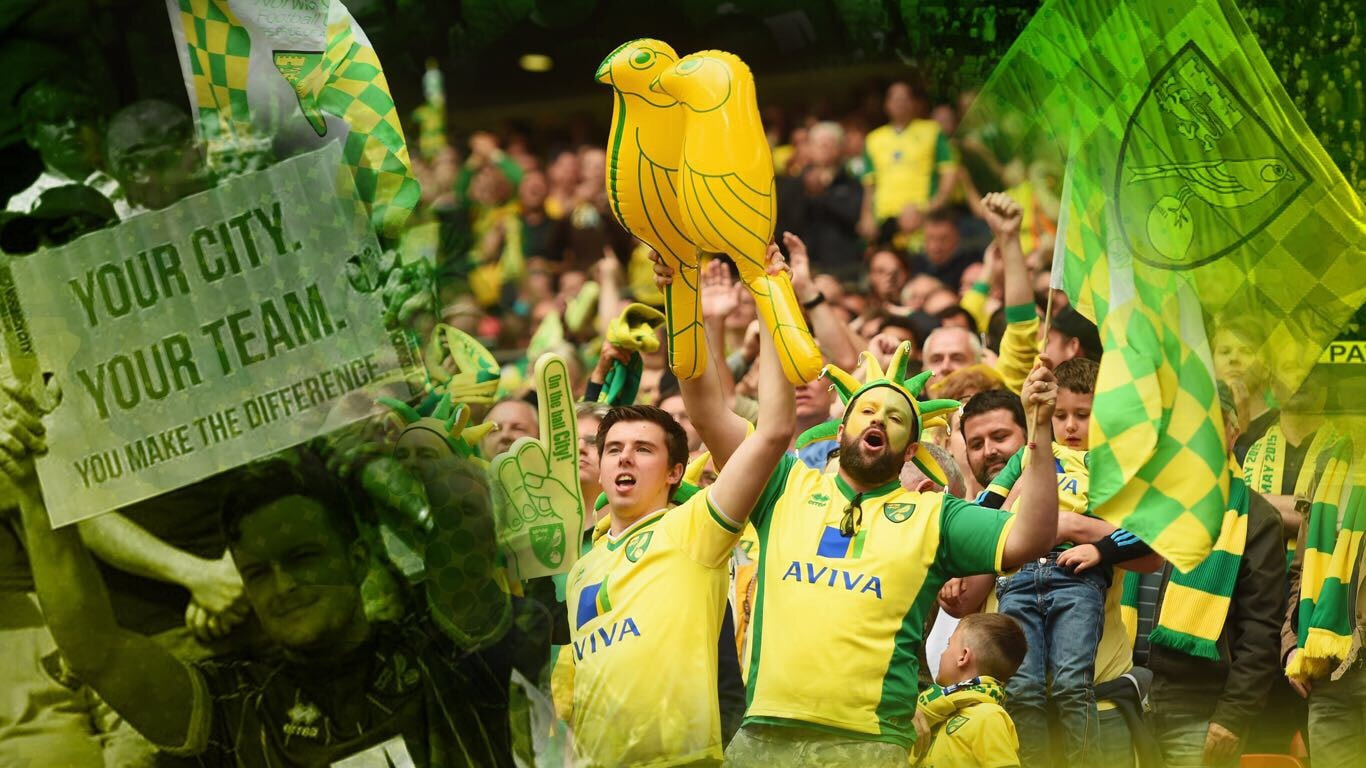 International breaks during the season are always a bit dull, especially when the national side aren't exactly an enthralling watch.So to relieve the boredom during the most recent break, a group of football fans have discovered a way to keep themselves busy, with a 70,000-person march in London. The Football Lads Alliance would like you to listen to what they've got to say.

Who are the Football Lads Alliance, and what do they want?

The group exists to bring together football fans of all clubs to oppose and protest terrorism and extremism.Many FLA supporters believe that government and security services do too little to counter terrorism, and that it is necessary to demonstrate their strength of feeling, while maintaining a respectable face to their protest. They're an explicitly non-racist group, who want their demonstrations to be orderly affairs with no drinking, no chanting and no flag-waving.Their motto is "no racism, no violence: together we're stronger."

On the face of it, yes. But many observers are sceptical as to how deeply those ideals are respected across the group's membership. Anti-racism campaigners have expressed concern that the group could offer an opportunity for far-right groups to promote racism and Islamophobia. Many have pointed to links between this group and far-right street protest groups like the English Defence League. These links are denied by the FLA organisers, but it's notable that Stephen Yaxley-Lennon, the convicted violent fraudster founder of the EDL was present at the October 7th demonstration.

It doesn't take a great deal of scratching beneath the surface to see that those voicing concerns about the FLA might actually have a point.For all that they claim to be concerned about extremism of all kinds, comments are easily found that seem to betray more narrowly-focussed intentions. "Every lad that I spoke to yesterday," said Yaxley-Lennon, of the October 7th gathering in a now-deleted tweet "was there to oppose Islam." Not "extremism" then, but Islam. 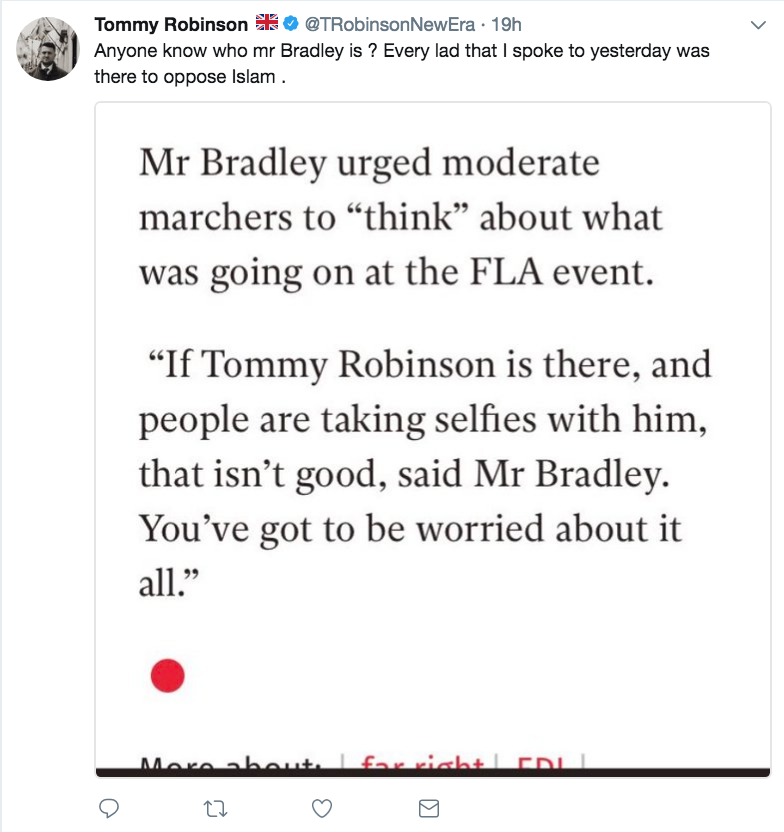 It doesn't take long at all on the FLA Facebook page to find further evidence of this kind of thing.

It's instructive that the commenter here is complaining about being banned from the page if "muslim grooming" is mentioned.This is exactly what those expressing concerns have warned about - the organisation's leadership can express inclusivity and opposition to extremism in general as much as they like, but what they're attracting is people opposed to very specific things.It seems to be naivety in the extreme if the FLA organisers think that publically stated intentions are all that are needed to maintain respectability, when they're such a honey-pot for those who want a convenient fig-leaf for their own bigotry.

They reckon they're "inclusive". Are they?

The leadership certainly seem sincere about welcoming participants from all backgrounds.But that doesn't necessarily equal inclusivity. For starters it's a "Lads" alliance. Right off the bat there's a little over half the population who are wondering how inclusive that inclusivity actually is.I'm completely confidentthe organisation's more prominent supporters would point out that the name is just a name, and that which we call a rose by any other word would smell as sweet, and that women are more than welcome to join them. I'm less confident they'd quote Shakespeare while doing so.

It is true that women and black and minority-ethnic people join in their protests, but even a cursory glance at images of their gatherings demonstrate the demographics. 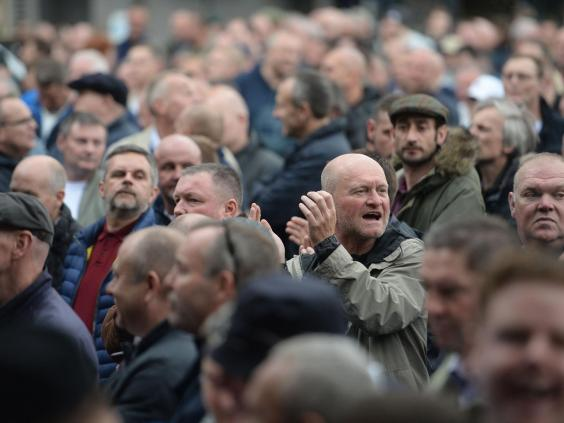 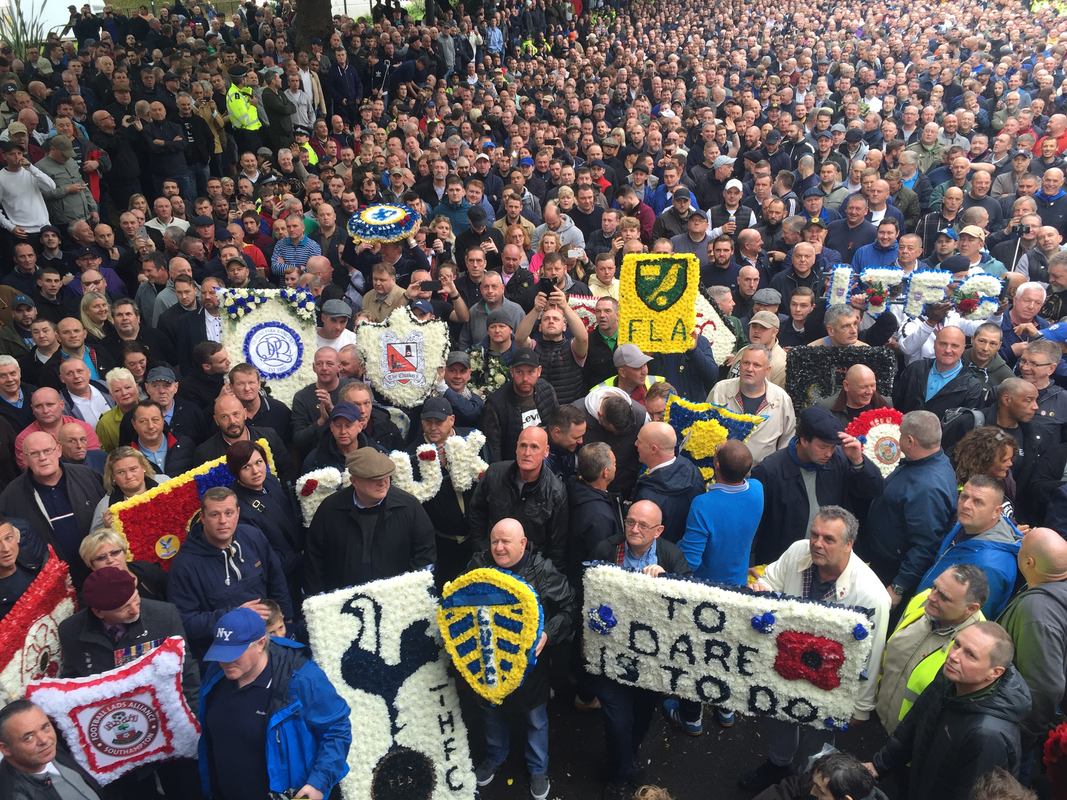 Image credit: London Post
It's aging mayonnaise as far as the eye can see.

It seems like there's three types of FLA follower.The first are sincerely worried about extremism, and particularly about what they perceive as a lack of action, or at least focus, on behalf of the security services.I might quibble with their sense of perspective, but I can't deny their sincerity.

The second type, and what seem to be the vast majority, are simply out for a decent day out with the Lads.They've been chatting to their mates in the local about a day out in London, with lads from all over the country, and they're game for it. Good chance for some banter, a decent few beers, and a laugh.

But the third type are the ones to watch. They're the ones that can spot recruitment potential when they see it, and they're happy for now to not be quite too open about their time with the EDL, with Britain First, with Combat 18 or the National fucking Front.

At this point members of the first two groups are getting furious with me. That's not what this group is all about, they'll say. We're not racists, besides, Islam isn't a race. But you'd have to be quite naive, or wilfully blinkered, to not realise that nationalist groups haven't looked at the burgeoning FLA scheme and seen an opportunity to spread their politics.

I'd appeal to the first two groups to be a bit more honest with themselves. They're keen to protest political extremism, but how many of their number are as critical of Thomas Mair as they are of Michael Adebolajo and Michael Adebowale?

How many of their number are happy to acknowledge that the incidences of death by terrorism now are as low as at any other time during the lifetime of any 45-year-old? 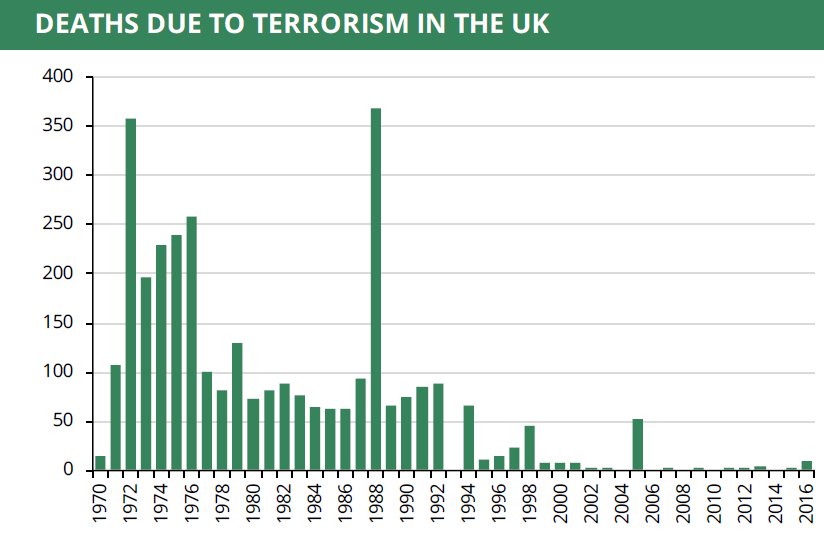 Two things; first, did you know we have a new podcast? It's available via iTunes and Soundcloud. Alternatively you can just listen to it in your browser via our podcast page. Di Cunningham from Proud Canaries joined us for the second episode, which is available now.

To celebrate the latest Barclay classic chant, Farkelife we've done another one. As always, we take no profit from these and put all the revenue back into the site and things we can all enjoy. 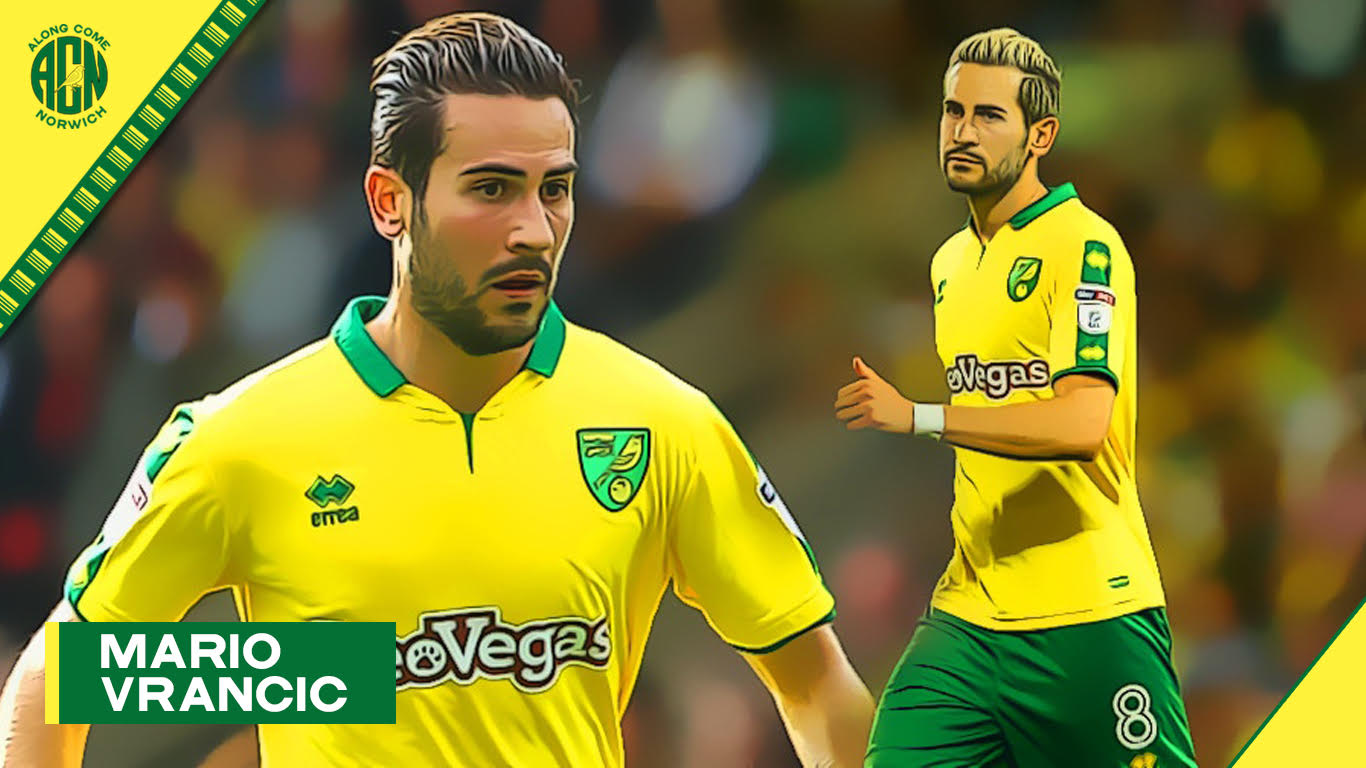 With many writing him off before he's even made 20 senior club appearances, Super Mario is quickly becoming people's favourite boo-boy now Russ Martin has been consigned to the U23s. Jon Punt has a look at whether it's time to form a proper judgement just yet.... 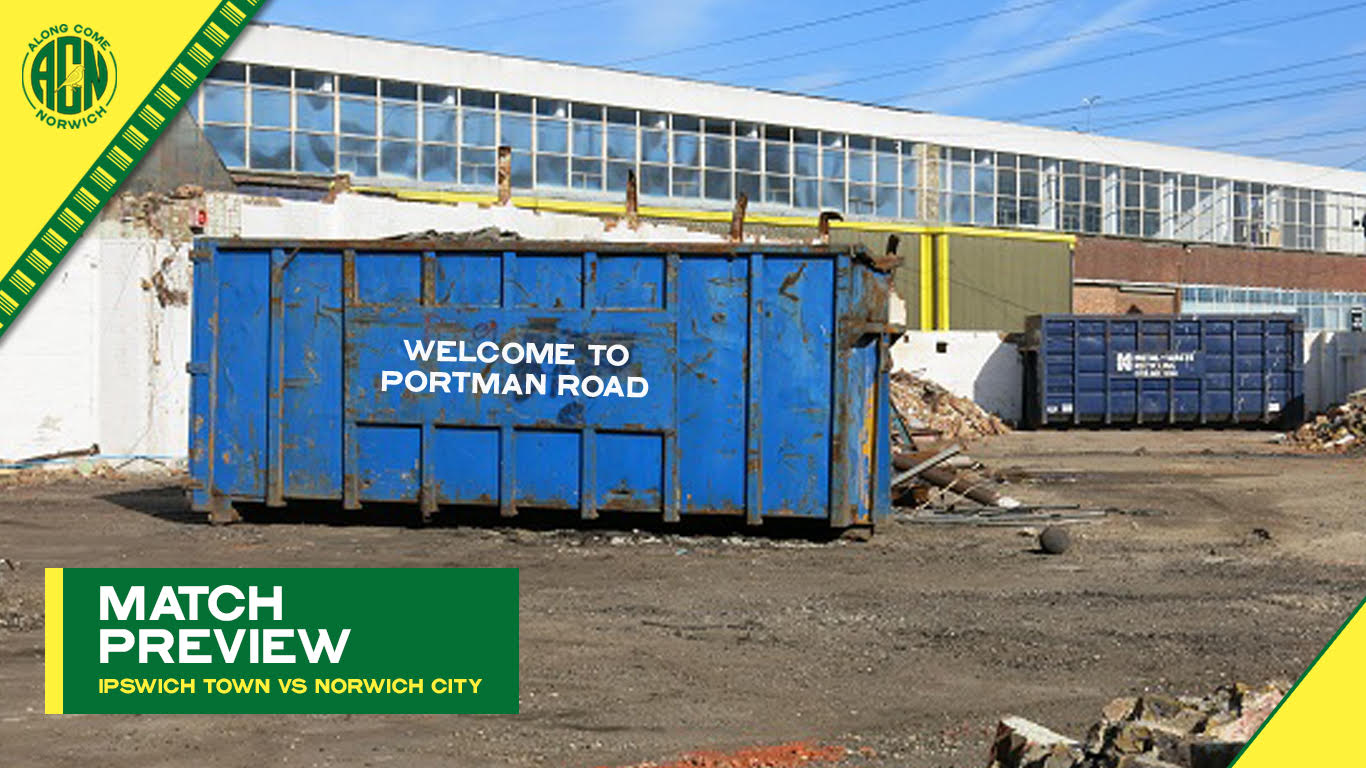 IPSWICH (A); THE PREVIEW

East Anglian Derby hostilities resume on Sunday with the clubs separated by a single point in the embryonic Championship standings. Andrew Lawn chats to Turnstile Blues' Gavin Barber about Japanese trains, frozen cheesecakes and some Suffolk sniffiness at a our new 'Continental' approach.