If schools removed rigid gender expectations from subjects decades ago, asks Maddie Mackenzie, why are they still accepted in PE? As women’s football finally gets some time time in the spotlight, here’s why the next generation of girls need a more level playing field. 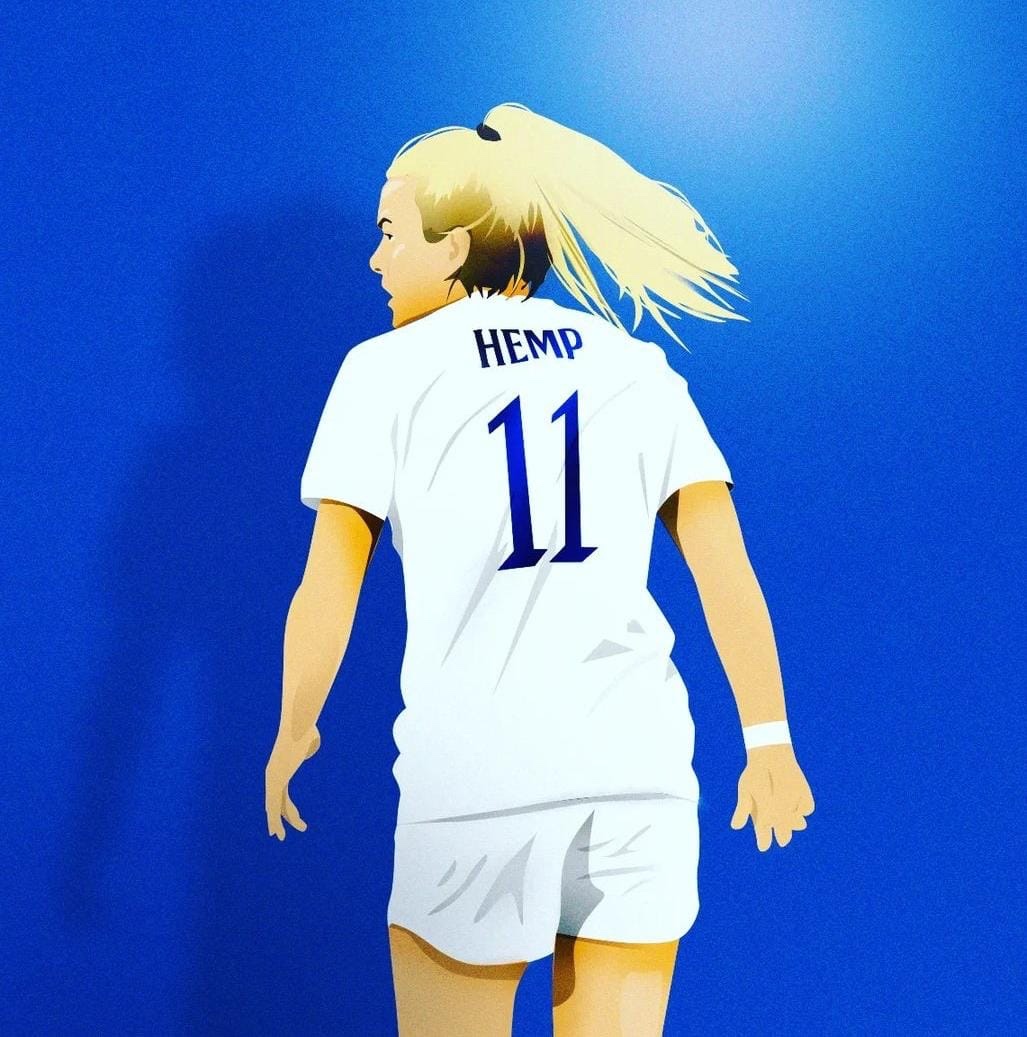 It’s 2013 and I am thirteen, lining up in my school’s sports hall with my own PE class and the girls’ top set. It was something that happened every so often, when staff shortages or general staff apathy meant the two girls’ groups had to merge into one. I’d grinned when I heard this in the corridor: it meant Australian relay (on land, of course) and I was a fast runner. Four team captains were chosen and I was one of the first picked for a team, striding forward to limber up for the first race.

The whistle went and I was off, skidding around the hall, beaming with delight as my team roared me home. As they clapped me on the back my regular teacher looked at me, baffled.

“Why don’t you work that hard in my lessons?”

I can’t remember a time when I didn’t hate PE. My first memory of the subject is a Football in the Community teacher screaming at me as I insisted that, yes, I am a girl, no, I just have short hair. As if being a girl was a crime in need of a defence.

This went on for months, the ritualistic humiliation becoming such an accepted part of my week that I learned not to fear it. That was when my PE lessons were mixed gender, where the girls and the boys did gym, dance, football, and cricket side by side.

We were told to run around the pitch for an hour, no stopping, no complaining; I loved it.

When Year 7 and high school arrived it bought with it single sex, setted classes. I was at the bottom of bottom set. Along our PE corridor there was a schedule outlining the sports we’d be taught throughout the year. The only sports taught to both boys and girls were gym and athletics. We started with dance.

I used to lay in bed the night before PE lessons thinking about how best to break my arm. Just a small break, a hairline fracture maybe, enough that I could miss the rest of the dance unit. When you are as horrifically, humiliatingly uncoordinated as I am, the prospect of being asked to choreograph your own dance routine to Michael Jackson’s version of ‘Rockin’ Robin’ in front of your peers is enough to make a trip to A&E look like an all-inclusive fortnight in Cyprus. No one ever tried to help me get better, it was just hour long shouts of “you’re so rigid Maddie” or “why don’t your knees bend that way, just try harder!”

I was trying. My body physically could not do what was asked of it.

When November rolled around they sent us to the Astro turf as punishment. Apparently we hadn’t been performing well enough in dance, our routines lacked flow and originality. We were told to run around the pitch for an hour, no stopping, no complaining; I loved it. Finally, something I could do, something I was good at, something where no one would laugh at me!

Of course we hadn’t been allowed to run since junior school, and most of my class had never run for longer than 20 minutes. Our teacher screamed at us: we were unfit and an embarrassment, we should join an extracurricular PE club right now.

Imagine that happening in maths. “You don’t want to learn trigonometry, do you girls?” It doesn’t, of course. It doesn’t happen in any other subject.

Why would you want to, if they’d just belittle you like that?

It was a theme of my PE lessons throughout high school. Going outside, playing contact sports, was treated as a punishment rather than an essential part of the curriculum. We had netball and hockey timetabled, but instead we were kept inside to do MORE. DANCE. I begged and begged for them to just let us try it, to just see what it was like. “You don’t want to go outside, do you girls?” They did not.

Imagine that happening in maths. “You don’t want to learn trigonometry, do you girls?” It doesn’t, of course. It doesn’t happen in any other subject. When we were allowed outside I would hope the other set (or worse, the boys) wouldn’t be sharing the field with us, as we didn’t play sports like the other three classes. We weren’t allowed to use bats for rounders, outfitted instead with the largest tennis rackets available. We weren’t trusted with a discus, or to run 100 metres. It was twisted, butchered versions of sports, as we could aspire to no better than that.

When it got to Year 10 outdoor lessons ended entirely. Our teachers begged us to see PE as a ‘real’ subject, not just as a distraction from our GCSEs, but it was too late. We’d been taught that PE was something to be endured. There was no team building, no sense of competition, no feeling of achievement, just exercise bikes and static stretches. How could it be a ‘real’ subject when so much of it was closed off to us?

This is where it all starts. Of course women can’t play football! As girls they’re shut inside, told that sport is not for them, told they must practice their flexibility, their grace, their poise instead.

Girls and boys start out just as interested in sports as one another: one visit to a primary school sports day will tell you as much. It is the systematic deconstruction of their self-esteem and sense of achievement that steers girls away from sports, that teaches them it is a world they cannot and should not wish to join.

Ian Wright speaks wisely: we must capitalise off the momentum of the Euros to make wholesale changes, to make sure we stop leaving generations of girls behind.

We did away with the notion that only girls can learn cooking, that only boys can learn construction, decades ago. Why are such outdated attitudes still prevalent and accepted in PE?

Girls are just as capable of falling in love with football as any boy – if they are given the chance. If the resources and encouragement are there, if they are not made to feel less than or out of place, girls will flock to sport. The Euros are a shining beacon of what can happen when a girl is told ‘yes, you belong here,’ instead of being hidden away in a school gym.

We need to play to the strengths of pupils, to tell them there’s no such thing as being ‘bad’ at PE, that you can’t be ‘bad’ at something if you enjoy doing it and are supported in participating in it. There is not and should not be a one size fits all approach to teaching girls PE. Some will love the art of constructing a gymnastics routine. Others will thrive off the adrenaline of scoring a try. For another it’s the thrill of pulling off a no look backheel double nutmeg to put your team 3-0 up. How will they know if they aren’t given the chance to try?

I did work hard in my PE lessons. My PE lessons just didn’t work hard for me, and for so many girls like me. It should be an embarrassment to a country that prides itself as a champion of sport to see 50% of the population held back from it. Ian Wright speaks wisely: we must capitalise off the momentum of the Euros to make wholesale changes, to make sure we stop leaving generations of girls behind.

When we say it’s everyone’s game, we have to mean it.

The ACN Match Review - Cardiff (a)

Marcelino Núñez is Chilean football expert Adam Brandon's favourite player, and Norwich City have signed him, so here's a podcast where we ask Adam Brandon why we should all be so excited. We also review the Cardiff disappointment and make some guarantees for the upcoming Wigan game.