Dughall McCormick went to Elland Road in the hope of witnessing City spoil another party. A second consecutive 3 goals on the road and a healthy half-time lead promised much, but this Norwich side does not do run of the mill. At least it was exciting. 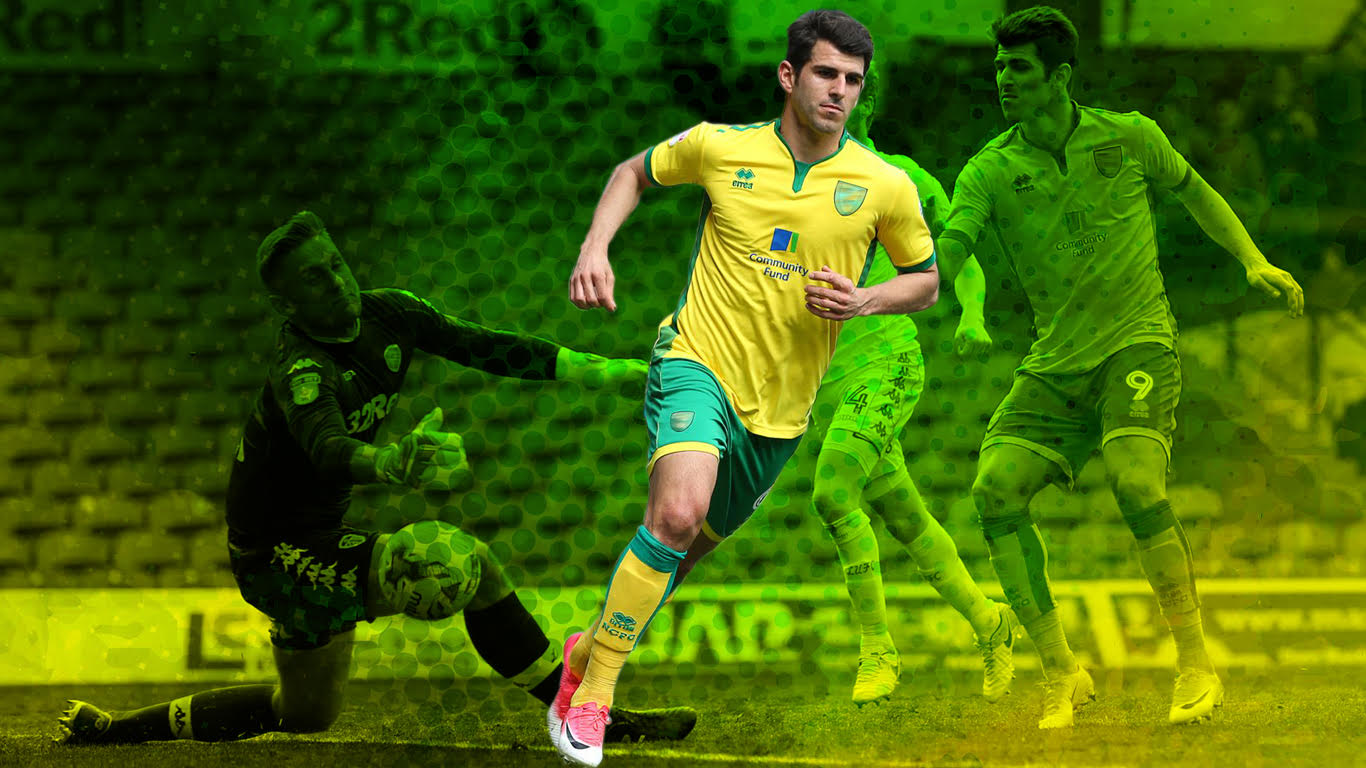 Random star performer
A difficult one this. At 3-0 up it was (incredibly in hindsight) going to be one of the back four and maybe a central one at that. Martin and Bennett had a decent first 45 with Bennett confidently meeting many of the Leeds salvos with his head (who’d have thought it?!). He’s had his critics and they’ve been justified in my opinion, but this wasn’t a bad half. Then, when Leeds scored and with the further and entirely unsurprising second half defensive capitulation, it couldn’t go to a defender.

So, Oliveira? With his brace? Or Dorrans, who again put in another reassuring performance in front of the back four. For me it would have to be Dorrans. This was another good game for the Scot. He worked hard, felt secure, was always involved the game and found his men when needed. An excellent performance which makes it two Random Star Performer awards in two.

Moment of the match
I’ll give this to Oliveira’s second goal. Actually no, Naismith’s preceding screamer was also a beauty. However, Nelson’s goal took us to 3-0 and had us in raptures (albeit we didn’t know what was to come at that point). Oliveira is proving to be a real asset. At this level he’s a proven goal machine and I’d be keeping him for at least a further season in the Championship. This was a confidently taken goal from a man in form.

On second (third) thoughts, scrap that. The moment of the match came after the final whistle when Johnny Howson applauded each of the Leeds stands and in return had the whole of Elland Road (including the Norwich faithful) singing, “There’s only one Johnny Howson…” We took the lad out of Leeds but Leeds is obviously still in the lad.

Referee watch
A few frustrations here. Second half mainly. A few too many ‘grapply’, rugby-style encounters by Leeds players went unnoticed, but on the plus side, there was an alleged handball that I’m pretty sure wasn’t.

Then there was the Naismith sending off… On first viewing, I thought it looked fairly bad but there didn’t appear to be any intent or malice in it, maybe more ‘unfortunate’ than truly nasty. At the time of writing, I haven’t seen a replay but other commentators are suggesting that they (and indeed the player in question) weren’t too surprised by the decision.

Biggest positive to take
This game really has, I think, helped to confirm some thoughts about the summer’s leavers and stayers. You could argue that we already knew this but it was underlined again today.

Defensive and mental frailties once again let us down. How many times this season…? Sigh… I think today also helped confirm some definites and positives for the future. My absolute definites (based on today) would be Dijks (if he can be persuaded), Pinto, Pritchard (great performance today) Oliveira and Howson. There were good performances elsewhere but we need consistency. Game in, game out.

Weekly whinge
Stop. Caving. In. Even at 3-0 up I didn’t feel entirely happy (I know!) and a minute or two later when it became 3-1 I felt that ominous, ‘Here we go…’ feeling. So long as Leeds don’t score early in the second half, I thought. Then, when they did, it was the all too familiar sense of inevitability.

The real surprise to me was that we didn’t end up losing, especially when the board went up with 6 added minutes.

This has to stop. We cannot have another season where our vulnerabilities are so familiar that games have this depressing sense of inevitability about them. 3-1 up at half time and feeling truly concerned says it all.

Atmosphere rating
City’s travelling army could do better. To be fair on Leeds, they set a good example and Carrow Road could learn some lessons from them. This hurts to say but it’s true. A packed Elland Road got behind their team and were pretty impressive for much of the 90 minutes.

Our support was only OK and while there were some stirring moments, especially when we were well on top but I’ve seen and been in better.I know that when there’s more to play for and emotions are running higher that the travelling ‘yarmy’ can put in a great performance. Today wasn’t that day.

Summary
A single game that encapsulated our entire season (to be fair, the same could be said if you’re a Leeds fan). So much promise and clear evidence of the quality that exists but completely inconsistent, vulnerable and tissue-thin.

We need a major overhaul. I’m confident and optimistic that this will happen and Stuart Webber’s appointment leaves me impatient for what the summer will bring.

Jon Punt sat down for a one-on-one chat with new Sporting Director Stuart Webber. Stuart spoke at length about his thoughts on what he found at Colney, his plans for next season and the atmosphere at Carrow Road.

Reasons To Be Cheerful

Jon Punt gets hold of a long handled spoon and thoroughly scrapes the barrel, looking for the positives to come out of 2016-17. He found 6. There may be more...