20 up for the Finnish GOAT and a resounding win. Here's Adam Brandon on all the talking points.... 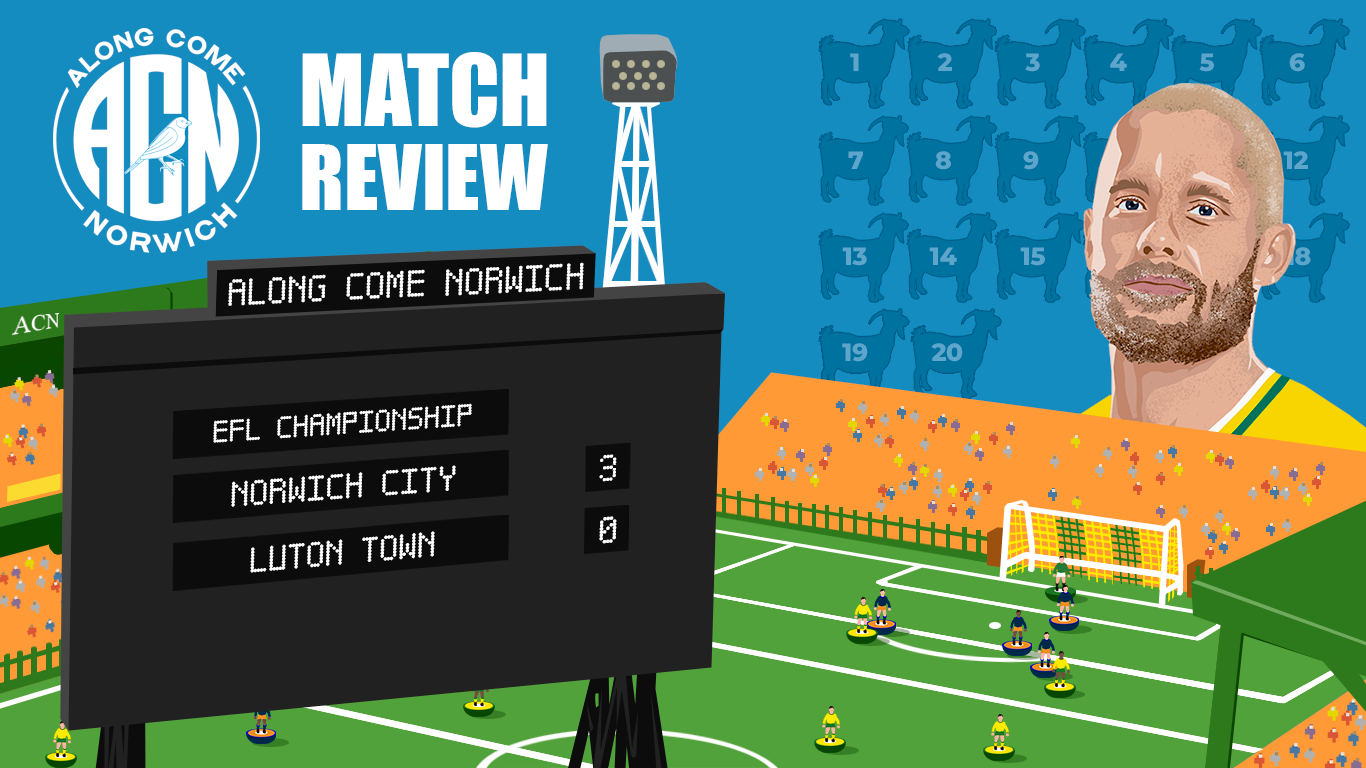 Pukki’s double was the highlight, as the Finn delivered another MOTM performance in yellow and green. His brace against Luton takes him to 20 goals for the season. Moreover, he’s regularly getting at least two very good chances a game at the moment. If that carries on in these last 11 games then he could well break the 30 goals mark — beating his tally from two years ago.

The praise I saw for Luton’s performance seemed way over the top. One of the most comfortable 90 minutes I’ve sat through all season. Collins’ shot off the post was the only time I felt real concern we might concede.

Also, let’s face it, after suffering two 3-1 defeats to Luton this season with depleted sides, it was very satisfying that a near full-strength Norwich team swept them aside with ease. Point proved.

There was some delightful team moves in the first half that deserved a goal, but the incredible acrobatic flick from Teemu Pukki just before the break would have been an all-time great Norwich goal.  It would have been his hat-trick (he’s somehow yet to score one at Championship level) and also he really did mean it. What a moment it would have been, Puskas Award contender without a doubt.

Farke’s two changes for this game paid off well. Cantwell scored and assisted to justify rushing him back in place of Hernandez who hadn’t played badly in his two starts given his lengthy layoff.

I was also amused by Farke mocking Giannoulis’s throw-in technique in the 2nd half, I think we can expect some work in that area of the Greek international’s game.

However, the most telling moment from Farke came post-match where he was clearly already thinking about the Premier League next season. He mentioned numerous times about “how we will have to improve if we want to speak about the highest level”.

This is a shift in tone and messaging and shows just how confident he is that this season will end in glory. However it is also an acknowledgement that there is plenty of work to do for many of these players to cope in the top flight. It needs to be tidier and smarter, more often.

I personally wasn’t sure of Farke’s inclusion of Lukas Rupp in the hole, but he had a very decent first half and was involved in both goals and a couple of other decent moments too. It was possibly the most effective 45 minutes Rupp’s had in a Norwich shirt and he now has given Farke an interesting selection choice for next Sunday.

It is worth noting that Vrančić played as a 10 at Hillsborough two years ago — we won 4-0. Let’s hope whoever plays next Sunday delivers the same result.

Three goals and three points, we can’t ask for much more right now.

So many great partnerships throughout the side, but the Buendía and Pukki one remains untouchable at this level and it will ultimately ensure we make an instant return to the Premier League. 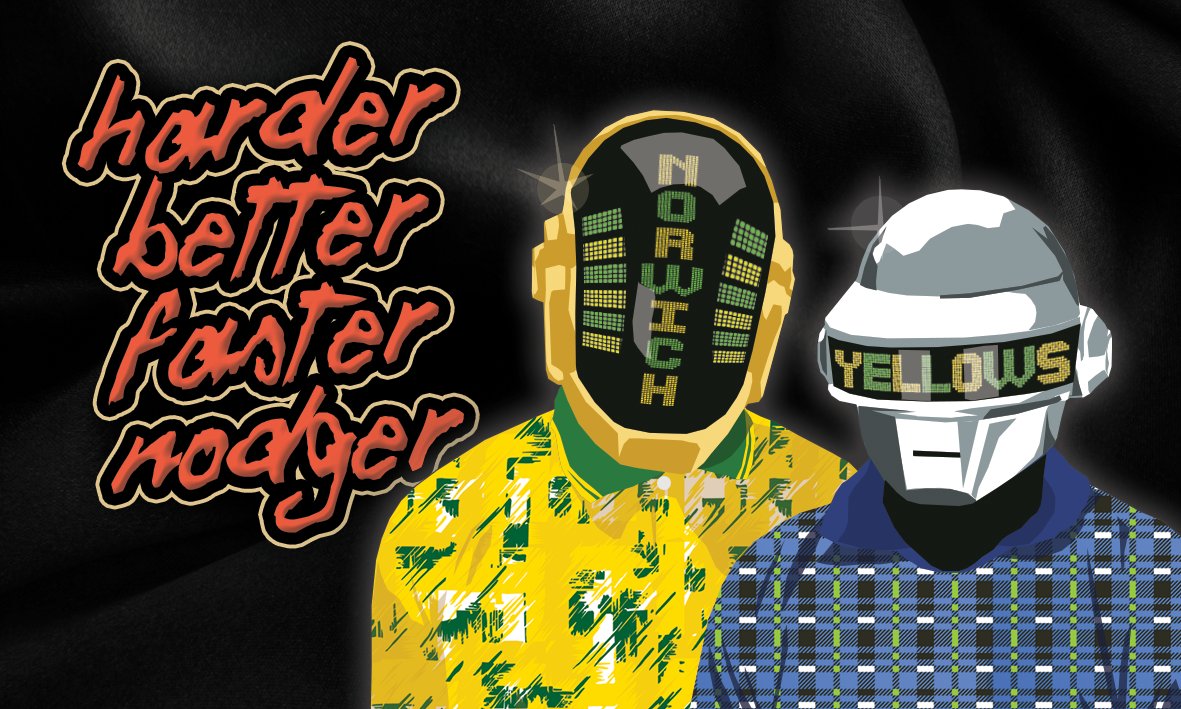 The Athletic's Nodge reporter, the lovely Michael Bailey, joins Jon and Tom to chat about a composed win over Brentford and to look at where it might all go wrong (or very right) in the run in.... 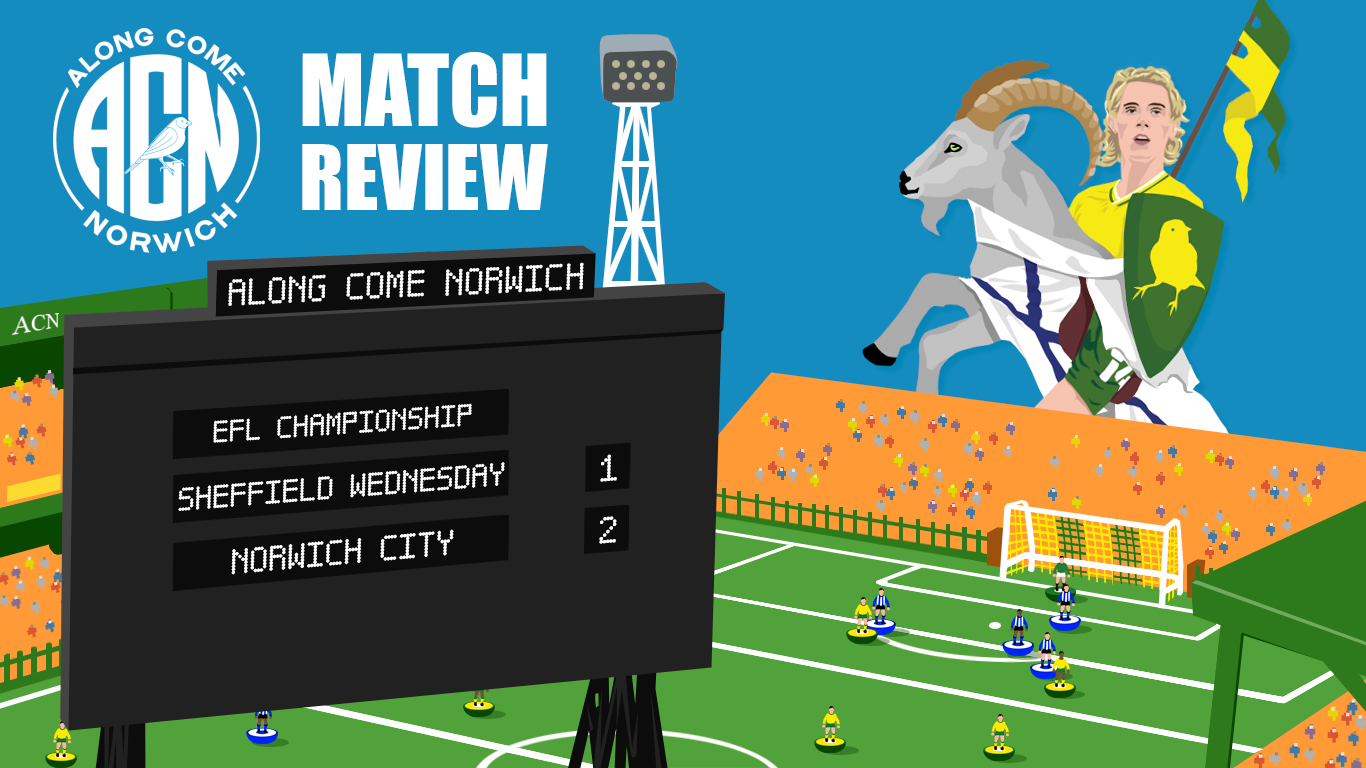 Sheffield Wednesday (A) – The ACN Review

A decent test against a Wednesday side which showed more than their league position suggested they might. Here's Ffion Thomas to tell you about it.....