MANCHESTER UNITED (A) – THE PREVIEW

Bottom of the league City head to Old Trafford in confident mood. Which is odd. Andrew Lawn chats to Iwan Lehnert from the Red Voices podcast to set the scene. 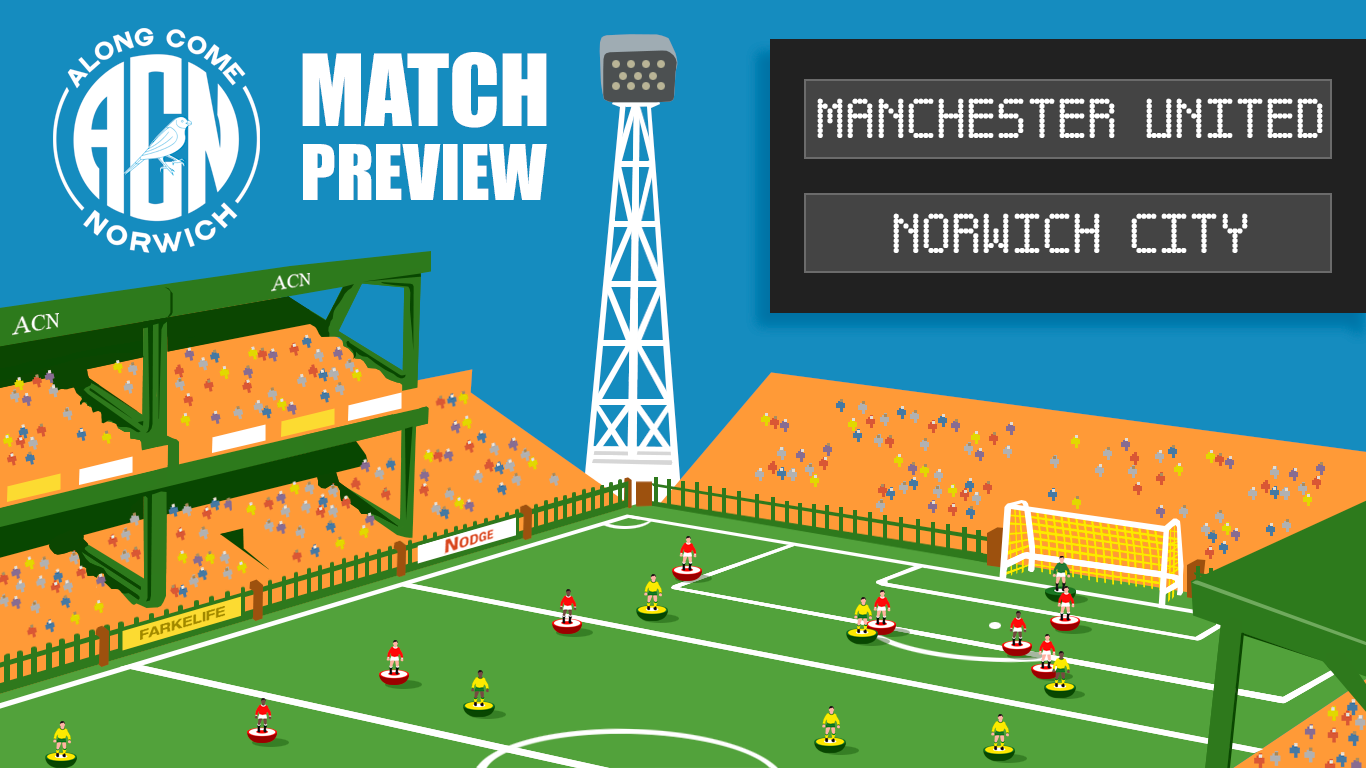 Andy - Ole's at the wheel, but where are you going?

Iwan - Oh, gosh. Well, to use the wheel analogy, we're currently teetering off the edge of a cliff, awaiting reinforcements to help us to stop said vehicle from falling off.

Most United fans agree that Solskjaer has done some good things since taking over, but we're currently at a completely predictable stage where several key injuries have exposed the depth of the squad. We're a pretty one-dimensional side without great coaching, and we need reinforcements in January in order to make something of this season. If we don't get them (which is highly likely), then this period between now and May could be a complete disaster.

What does a complete disaster look like? Previously it would have felt that anything outside the top 3 would be unthinkable. That then slipped to Champions League qualification, but even that looks a long way away now. Can qualifying for the Europa be deemed a success?

Complete disaster would be getting knocked out of all three cup competitions (League and FA Cups, Europa League) and dropping down the table sharply, which is all very possible. I'd say top four still feels somewhat attainable given the teams around us aren't much better but it doesn't feel realistic, as we're so inconsistent when it comes to stringing a batch of wins together.

I guess in a roundabout way, you could consider Europa League qualification a success but for a club of this size, with our resources, it's nowhere near enough. United insist on marketing and presenting themselves as this glamorous, special institution and we obviously still have some gravitas that can attract players, but the fact that most fans don't even expect a top four finish in the modern-day says a lot about our current situation.

Back to the reinforcements you mentioned, where and who would you be looking for? It amazes me that Ashley Young is still a vital cog at full-back. At Manchester United. In 2020...

Well, not for much longer, if reports are to be believed.

Midfield has been the biggest cause for concern, even before Pogba picked up that injury early in the season; Scott McTominay has come on in leaps and bounds and Fred has started to show some real form, but if the Frenchman isn't available, then we've a crippling lack of creativity and are heavily reliant on the likes of Martial or Rashford to make something happen. Donny van de Beek from Ajax, Sporting Lisbon's Bruno Fernandes or Wolves' Ruben Neves would all certainly help but I'm not holding my breath.

If Maguire is out for an extended period, whew...you'd say another centre back is required, especially as possible replacements Marcos Rojo, Phil Jones and Eric Bailly are a mixture of calamitous, injury-prone and unreliable.

As far as Young goes, United as a club cut corners with their recruitment if they can get away with it, and whilst he's been a great servant, it's no surprise that he's lasted this long as a starter in that team because we've either chosen inadequate replacements or just not bought anyone at all.

From the outside it all just feels a bit like the football side has just been left to drift along, like that corner of the garden that you can't really see, so you just let nature reclaim it and you end up with a clump of weeds and a few triumphant daisies to give it all the illusion of colour. On that, where is the angst directed? The owners, Ole, or somewhere else?

United got away without properly bolstering their playing squad in Ferguson's final years because they knew they could get away with it; now, they can't, but they have neither the nous or expertise to correctly address the squad's issues, which is why we've spent so many hundreds of millions of pounds without getting to within touching distance of another league title.

As far as the angst goes, Solskjaer certainly gets his fair share of grief and a big enough percentage of the fanbase accepts that he looks out of his depth, but the majority of our ire is directed at the board. Which is tiring; the Glazers don't really care about getting United to the top of the pile, which is best emphasised by allowing Ed Woodward to bumble along as the man in charge after six and a half years of drift.

The problem with directing ire at the owners is that it's tiring protesting such a faceless presence in the Glazers; they're rarely at games, they don't talk to fans and shouting for change often feels too much like exclaiming loudly into the wind.

Realistically, Woodward needs to be replaced and the Glazers would need to sell up before a return to the Good Old Days (TM) is viable, but neither feels very likely.

On to Norwich, what have you made of our swashbuckling, own-foot-shooting top-flight return?

It's been quite good fun, really.

That victory over City at Carrow Road was delicious, and with my limited experience, it best emphasises what Norwich are trying to do this season; it's risk-taking football that leaves gigantic margins for error. When it comes off, as it did against the reigning champions, it's glorious. In that sense, it's a shame to see Norwich in such a lowly position, because you clearly fear no one in this league and Daniel Farke has stuck doggedly to last season's philosophy. It's just a shame that it hasn't translated into results.

Unsurprisingly we completely agree. It's odd this week, in that most City fans are heading north full of confidence. How do you see the game going?

To be honest, it depends on how you approach it.

We said on the podcast how your approach in our game earlier this season played right into United's hands; Rashford and Martial had tonnes of space to play with at Carrow Road and we exploited it. If you're that open at Old Trafford then I'd fancy us to win, but if you defend well and absorb what will likely be middling pressure then you've got a great chance of getting a result, as this United side is rubbish when it comes to breaking down a low block. If Farke tweaks things a little, then you've got a great chance of going home happy on Saturday.

One stat did the rounds this week that showed we'd adopted the lowest defensive block in the league. It was seen at the time as a negative, but let's hope that pattern holds. If we were to come and win, would that be curtains for Ole?

Honestly? No, I doubt it. There's no appetite at all from the club to sack Solskjaer; Ed Woodward has committed to this 'cultural reboot' and really needs it to work, so while defeat at the weekend wouldn't shock me, I think it'll take another 3/4 defeats in the next month for Ole to get the boot. What about Farke, though? Do you think you'll stick with him come what may this season?

I have a Liverpool supporting friend who is delighted with how Ole is doing, in that he's not quite doing badly enough to be under serious pressure, but he's achieving nothing more. The League Cup semi this week is a good example, in that it looked like you'd get thumped but pulling a goal back made it almost acceptable, while still losing 3-1. Do you get the same impression?

Absolutely, Farke has this season and probably next, regardless of how results go. Last season, coupled with his own cultural revolution at the club and his development of our youth players means he is untouchable for the medium term. That said, I think he'll have admirers this summer, even if we go down.

I get exactly that impression. At half time against City, we were hurtling towards the dreaded 6-1 territory and it's in large part because they eased off a little that we were able to grab Rashford's consolation.

Make no mistake about it; that could have been an absolute mullering had City fancied it, but we salvaged just enough pride for that defeat to feel acceptable. Which it wasn't, really, but relatively speaking, god knows we've seen worse.

I can't go 5 minutes without getting angry about it, what have you made of VAR?

I mean, we've made our own bed with it to a certain extent, haven't we? It's an imperfect system being implemented imperfectly, as a reaction to the increased scrutiny placed on officials.

A large part of the footballing community wanted video technology to be brought into the game, and when you get decisions like Henry v Ireland, you can see why; it's an obvious error that was missed that changed the game.

The problem with the way we're currently using it in England is that we're so desperate to get everything 'right' that we're overdoing it; if it takes 10/20 angles to figure out if someone was offside, then yes, it might be correct, but is that really worth it?

I don't enjoy how it's sucking the joy out of the experience of goals, and when you get situations like Brandon Williams last weekend v Wolves, who should have had a penalty both in real-time and from the replays but it's not given because not awarding it wasn't an 'obvious error'...really, what are we even doing?

It'll help and hinder every side at least once this year with contentious decisions, and I'm sure it'll eventually be used in a better capacity, but at present, it's a messy system being used poorly that doesn't take into account football as a spectator sport.

I think you're exactly right in everything but your assessment of the challenge on Williams. I felt he was looking for the contract and just went down, so no penalty for me. I think also therein lies one of the big problems in having it, because every decision is now a case of too many people's subjective views. That and it sucking all the immediacy and joy out of goals, obviously.

Blimey. Erm...score, 2-2. Martial to get the first after about 19 minutes, Pukki to equalise just prior to half time after Phil Jones slips and allows him in for a 1-on-1 and he easily clips over an onrushing De Gea. Rashford will restore United's lead around the 70th minute but then Buendia scores with a delightful free kick in the last five minutes, prompting much eye rolling and head-in-hands from the home crowd.

Normally I would absolutely take that, but we need wins so I’m going to twist and say that we’ll keep our run of undeserved results going, but this time by nicking a 1-0 win. A late Emi free kick would be a delightful way to do it though. 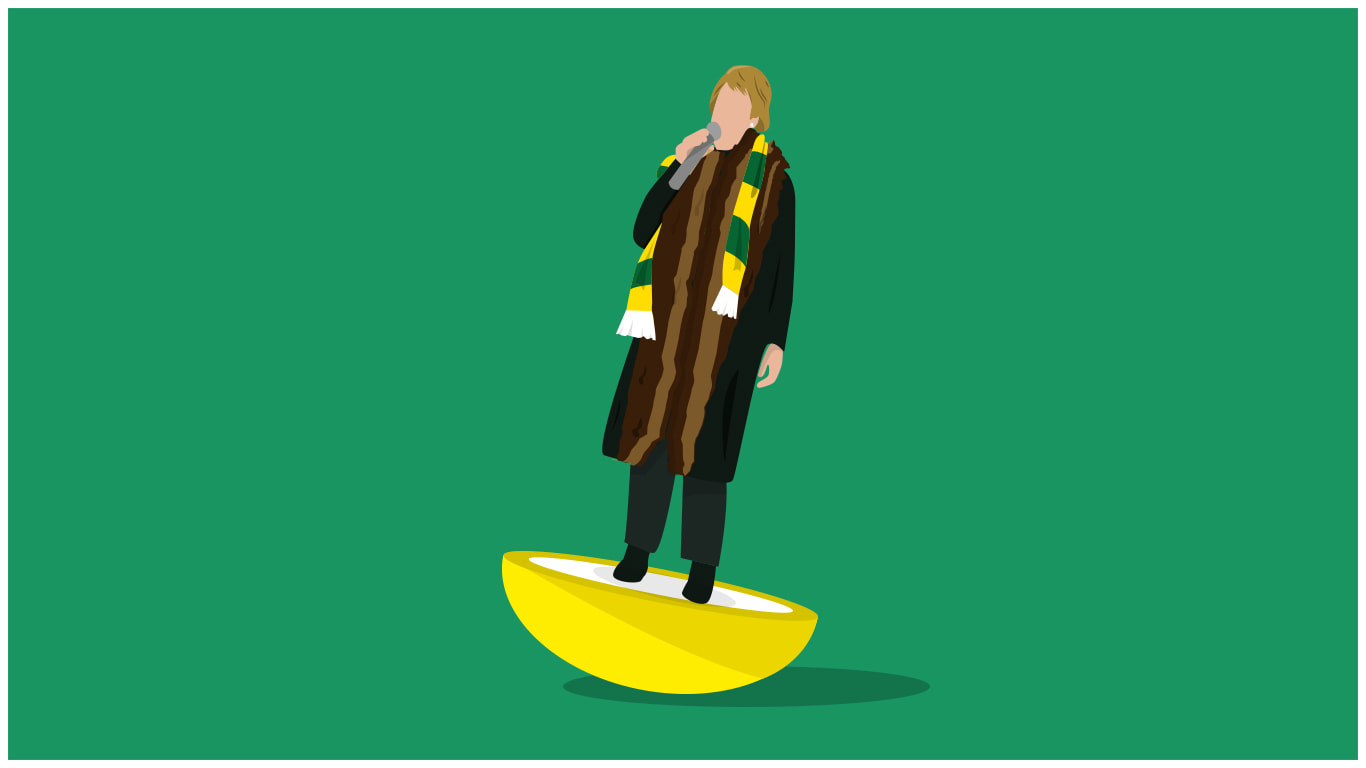 At Along Come Norwich we're big fans of our owners and not impressed or excited by money. Not all Norwich fans are like us though and we get the occasional anti-Delia piece sent to us. So, as if we're the BBC and compelled to show every side, here is a for and against from Jon Punt and Ian Woodcroft 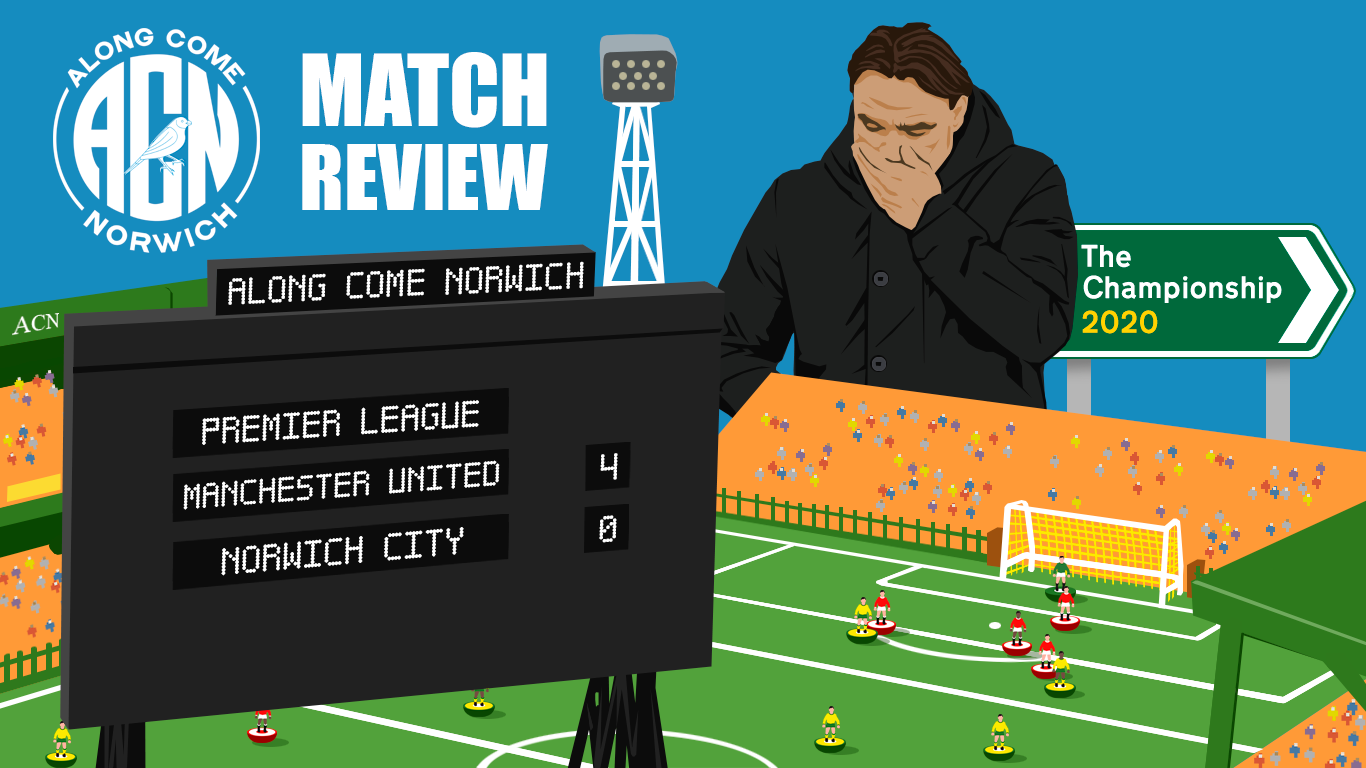 Ugh, that was painful. Matthew McGregor is here to help you relive some of that pain, through the prism of his prawn sandwiches....