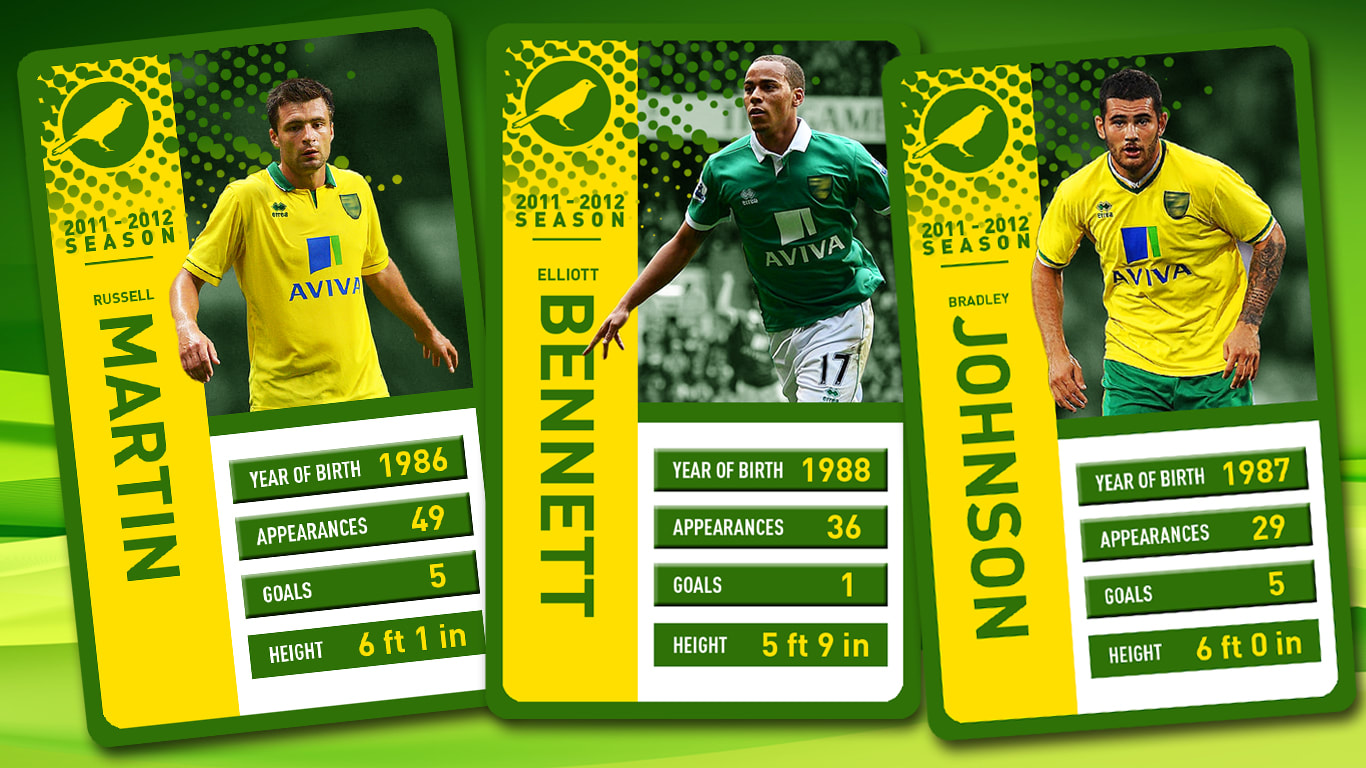 I was a late arrival to Norwich City. Growing up with my family split between Salford and Downham Market, I didn’t really have a natural team to support.

I saw the famous ‘Let’s be havin’ you!’ game against Manchester City on TV in 2004-05 and moved to Norwich in 2007 to study at UEA, but still tended to watch the likes of Manchester United and Chelsea. During my undergraduate years I was oblivious to City’s exploits, probably because most of the time I was hungover. I kept a casual eye on Norwich’s results and attended a few summer friendlies but never paid them too much attention.

It wasn’t until I started working with a Norwich City season ticket holder in 2010-11 that I got the bug. He took me to a home game against Middlesbrough and I was gradually sucked into City’s Championship promotion push, to the point of losing it while listening to Chris Goreham’s exceptional commentary of Simeon Jackson’s hat-trick against Derby. When Fox’s curling loft found Jackson’s head away at Fratton Park, I was officially hooked. It was the moment the club had waited for – its first season in the Premier League after six gruelling years away. It was thrilling to experience football from an underdog’s perspective for the first time.

Paul Lambert’s new recruits during the summer of 2011 placed modest confidence in youth, with most of them in their early 20s: the woeful James Vaughan (23), who Sunderland recently signed for just shy of lb1m; Bradley Johnson from Leeds (24), with Jonny Howson to follow six months later; Anthony Pilkington (23); Elliott Bennett (22), and Ritchie De Laet (22) and Kyle Naughton (22) on loan. These would help the players we picked up during the previous season’s promotion campaign like John Ruddy, Fox, Jackson, Andrew Surman, Zak Whitbread and Andrew Crofts, with experienced City players like Adam Drury, Russ Martin, Wes Hoolahan and Grant Holt.

We started the season solidly if unspectacularly, gaining a 1-1 draw away against our relegation rivals Wigan – Wes scoring our first Premier League goal of the season,before conceding a cruel late equaliser at Carrow Road to Stoke. The first tentative flash that 2011-12 would be special came during a blood-and-thunder 3-1 loss away to Chelsea at Stamford Bridge, with Holt nonchalantly volleying home to equalise after a defensive mix-up and Ruddy rushing out to knock Didier Drogba (Drogba!) unconscious while the score was still 1-1. We eventually lost, as we did in a narrow defeat at Old Trafford after Pilks hit the bar, but it felt like we had fight.

Gradually over autumn we picked up confidence, beating Bolton and Sunderland with set piece goals in each game. Compared to our Championship promotion partners – a flashy QPR side and Brendan Rodgers’ piously possessive Swansea, with ex-non-leaguers Holt and Steve Morison bustling around up front we felt like the unfashionable lads crashing the house party, causing a spot of chaos and leaving with grudging respect. Nowhere was this more apparent than when a thumping Holt header gave us a point against Liverpool at Anfield, showing up a re-crowned King Kenny for the tactical dinosaur he now was. Our blunt nature was epitomised when a sumptuous multiple-passing move in a 2-2 draw away at Wolves in December was finished emphatically with a Surman diving header. To me, this goal is under-rated due to its not having been televised, one of our silkiest team goals in the past decade now only half-appreciable by this fan video. At the time Surman’s goal was our 11th headed goal of the season, more than any other Premier League side. Lambert commented after that game that there didn’t seem to be any dull games involving us. He was right.

As the Surman goal showed, in 2011-12 we were capable of using our heads in more ways than one. Between November and February we were direct but skilful, combining the passing of Fox, Surman, and Hoolahan with the power of Johnson and the youthful pace of Pilkington and Bennett. Lambert’s proactivity won us games on its own, as we ruthlessly targeted Newcastle’s makeshift centre-backs with Holt and Morison in a 4-2 win over Newcastle, and switched to three at the back to capitalise upon a Joey Barton red card and snatch a late win against QPR at Loftus Park. Our most satisfying tactical victory came in February in a 3-2 win away at the Liberty Stadium, Bennett’s deployment at the tip of the diamond making him brutal on the counter-attack against a ponderous Swansea side that by that point had been over-hyped to annoyance. It was street-smart play which showed we had more than enough to avoid relegation and even left us in 8th place, our highest league position of the season.

That intelligence is why our FA Cup run that year remains a source of disappointment. After beating then-Championship Burnley comfortably at home and our second away victory in two weeks against West Brom, there was a distinct sense that a cup run was possible when in the fifth round we got a home draw against a Leicester City side who hadn’t won consecutive Championship games all season and at the time seemed to be going nowhere fast. Our team was rotated but hardly weakened, yet faltered and eventually gave in. It felt – and still feels – like we’d thrown away our best chance of a decent cup run for years. It remains our joint best FA Cup performance in a quarter of a century, since our Hillsborough semi-final against Sunderland in 1991/92. Lambert had long tossed the League Cup aside by making 11 changes before the Chelsea game in August, gifting our second string a hilarious 4-0 home battering at the hands of MK Dons. Our cup capitulations were disappointing, but staying up that year was always the priority.

As the season rumbled on we had no fear of relegation and we continued to flirt with the top half of the table. We, of course, suffered some bitter defeats to the big boys that season: 5-1 and 6-1 to the eventual champions Manchester City, a late Ryan Giggs goal at Carrow Road and the start of the infamous Luis Suarez curse where he completed a hat-trick by chipping Ruddy from 55 yards. Yet learning from our early season defeats, the team grew to be able to match them on our day, both in defence (holding Chelsea to a 0-0 home draw) and attack (a frenzied 3-3 away at the Emirates). And then, finally, we beat one. The absolute peak of 2011-12 was beating Tottenham 2-1 at White Hart Lane, a Norwich performance which has only since been topped by our victory at Old Trafford in 2015, with Elliott Bennett enjoying his finest moment in a City shirt.

While a few away stinkers ruined our chances of a top half place and the opportunity to lord it over Swansea, we finished 2011-12 merrily in 12th place as we beat Aston Villa comfortably 2-0, with a former European Cup-winning club resorting to tapping up our manager by chant.

It didn’t take long for things to fall apart. The ambitious Lambert fell for Villa’s siren song, with Chris “Nice-But-Dull” Hughton becoming Norwich manager. Despite Holt finishing the second-highest English scorer in the top flight with 15 goals that year, only behind Wayne Rooney, Roy Hodgson deemed him too gauche to take to Euro 2012, plumping for, er, Andy Carroll instead. Ruddy was blessed with an England call-up, but was cruelly forced to withdraw after suffering a broken finger in training. He finally got his cap that August against Italy and hasn’t had a look-in since.

We might be tempted to look back at the following season, 2012-13, as our best Premier League season since Mike Walker’s day, with that slightly higher 11th place, and home wins against Arsenal and Man Utd forming part of a ten-match unbeaten run that at one point was only topped in length by Barcelona. Don’t be fooled; under Hughton’s over-cautious management, all the magic was gone. We started the season horribly, and after the run ended in December – a string of 0-0s, lucky 1-0s and 1-1s – the rest of the year was a barren slog with four wins in twenty games, two in the last two when players were thinking of the beach. The cup run can be summarised in one word: Luton. It was worrying stuff, as I wrote at the time, and Hughton was found out less than a year later.

Norwich’s 2011-12 side was the better team: far more adventurous and far more fun to watch. Its brilliant contradiction can be summed up by the fact that it scored more goals than any team outside of the top six and had the worst goals conceded outside of the relegation zone. We also won three more points than we did in 2012-13, which is the real marker of a team’s quality.

While more talented players have arrived in and left Norwich in recent years – Robert Snodgrass, Nathan Redmond, Robbie Brady – Norwich City’s 2011-12 season saw a gung-ho team which was more than the sum of its parts, the final panel of the three-season triptych of categorically the best City era we’ve seen since our European adventure. It was, quite simply, a work of art, and it was a pleasure to witness it. 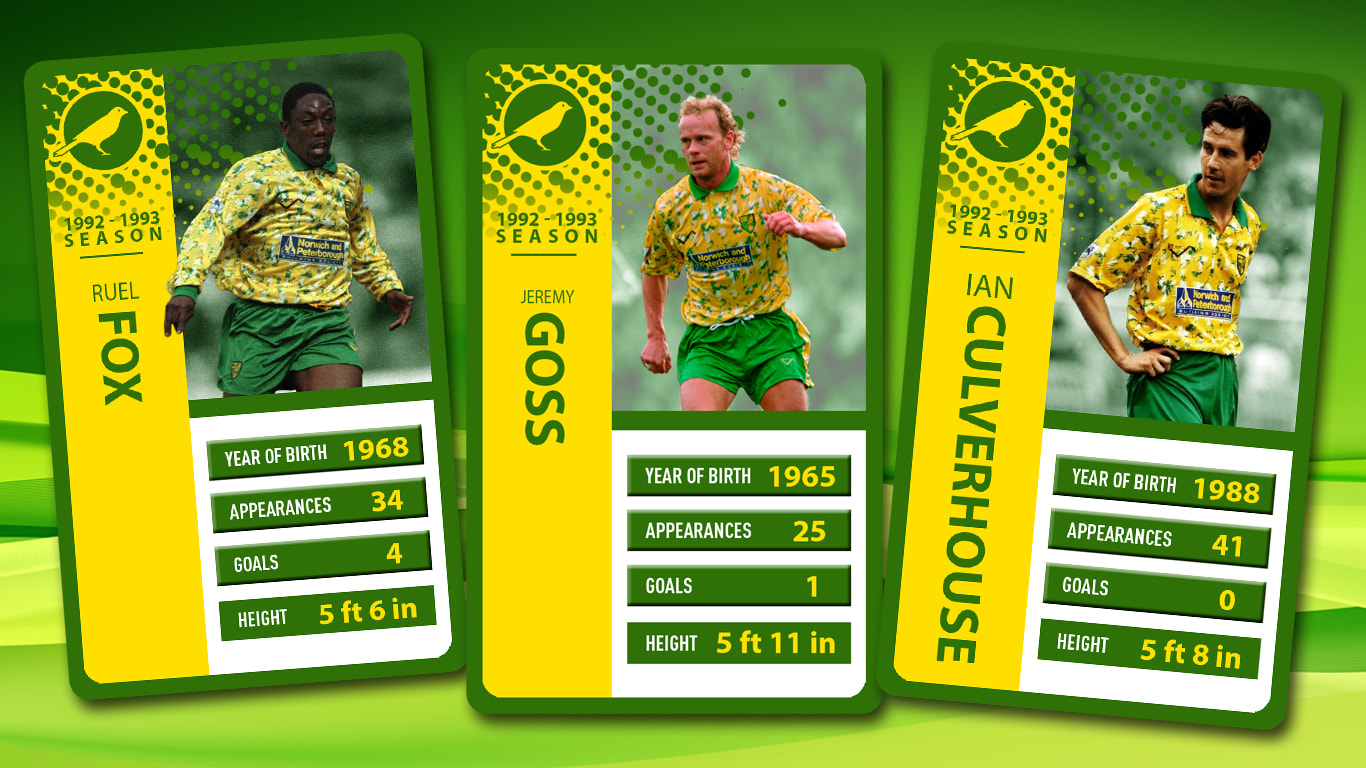 AlongComeNorwich debut time once again. Adam Brandon talks about walking in a Robins wonderland and when Ceefax was a thing. It can only be 1992/93... 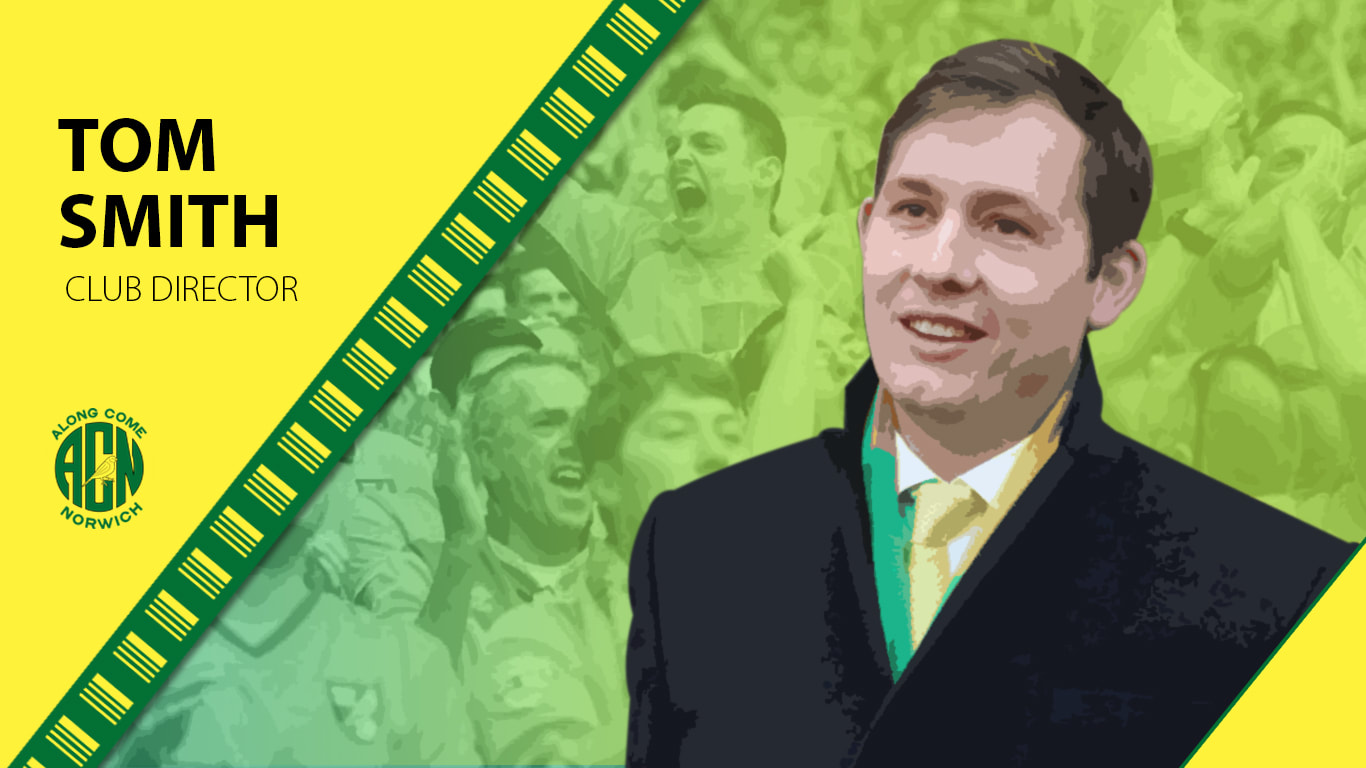