Alex Pritchard's departure caused much debate among City fans. Here's Duncan Edwards with a take on why there's not that many reasons to be despondent. 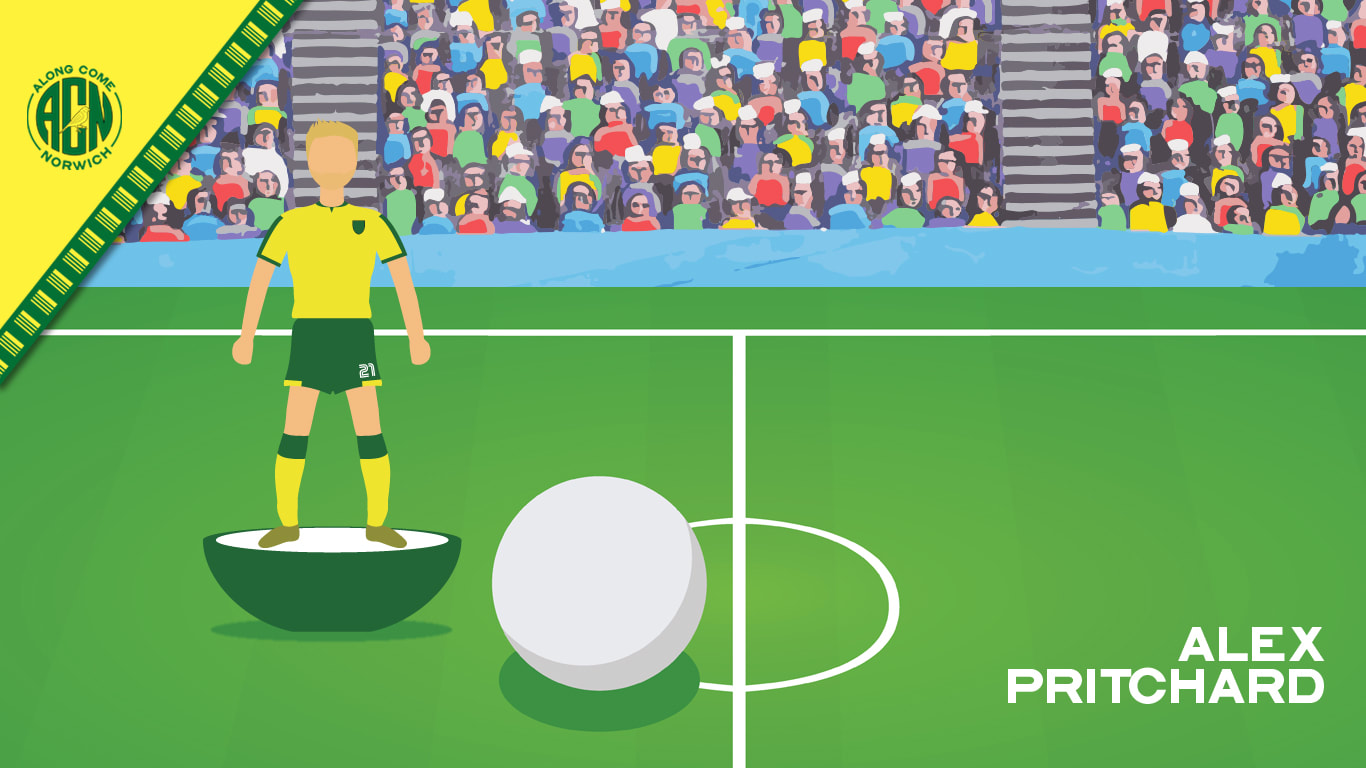 And so another star is extinguished but are we really about to collapse cataclysmically into a black hole?

I think the first time I really felt pained by an outgoing transfer was when Kevin Drinkell was lured North of the border. He was my hero, a talisman, a goal scoring leader and the bloke I chose to be when kicking a sponge tennis ball around the dining room of a terraced house on Ketts Hill.

He was my favourite player by a mile; if you have the programme from Easter Saturday 1987 against Sheffield Wednesday it will confirm this. It also says I enjoyed drawing and going to Cubs; not so sure about that but I digress.

I felt the club had betrayed me; how could they ever replace the best striker I’d ever seen? Didn’t we want to retain players of this calibre? I was distraught.

Thing is, we’d snaffled him from Grimsby Town just a few years before. No doubt there was a little Mariner who had felt exactly as I did. What did Norwich have that Grimsby didn’t? Now I wondered why anyone would want to go to Glasgow Rangers.

I didn’t really understand status, jobs, remuneration and all the rest of it. A Rangers fan my Dad worked with was telling me about how great a club they were, the glory and the trophies but I genuinely thought that if you got relegated from division 4 you went into the Scottish Premier League because of how the leagues were set out in the Sunday papers. He didn’t find that funny.

He’s a tremendous talent. My delight when we signed him is now matched by my disappointment at losing him. Despite a diminutive build he can fashion and take shooting opportunities with either foot, pick and weight a pass, ghost past players and score goals. He’s also 24. He signed for Norwich City because he felt that we represented his best chance of playing as a first choicer in the Premier League. He was wrong. That handbrake turn to ditch Brighton for us probably plays on his mind – he’s a year behind his own schedule. Thus, when a Premier League club came-a-knocking at the midway point of the season, it gave him an opportunity to reduce that schedule deficit by half. He is too good to play at mid-table Championship level; deep down we all know that. Comparisons to Wes hold no water because AP has two feet and scores the goals that a player in his advanced position should.

Let’s be brutally honest here, if Wes had two feet he’d have got nowhere near a testimonial at Norwich City. For that reason I’ll be eternally grateful his right leg is at best a swinger and most usefully deployed for standing on.

So, once Alex had decided he wanted to test himself at the top level (it’s why he came here after all) the club were left in a sticky predicament. Having already stated that there was no financial reason to cash in, they were now faced with a player that wanted to go and an 8 figure transfer fee that would go a long way towards easing the impending burden.

So what were the options?

For me, it seems daft to stand in the players way. We are highly unlikely to get promoted this season and as such, holding him back until the summer seems silly when the cash is there on the table. That in mind, the club need to ensure they get the maximum they feel they can as a fee.

But he was contracted until 2020. So, at least in theory, we could have played hardball and stonewalled any bid. Show some ambition. But, as previously stated, we’ve left ourselves an improbable mountain to climb. The North face of the Eiger using a reel of cotton and plimsolls. Then it starts again in the Summer with a shorter contract, a player more desperate to go and that lingering possibility that he does his ankle again in the interim.

The injuries, I imagine, leave the club feeling a bit aggrieved. They paid good money for Alex and good money to him while he recovered from those knocks. For him to then run to his car at Colney leaving a trail of training kit in his wake in order to get to Huddersfield, might, MIGHT stick in the craw.

But it’s where we are.

Are Huddersfield a bigger club than us? Are they bollocks. But, they can (currently at least) provide a more prominent platform for Pritchard’s prowess.

We were always a stepping stone. Unfortunately we were one that sank when he jumped onto it. Huddersfield might do the same, they might not, I doubt very much that AP sees them as anything more than the next stone though.

In the here and now it eases things for the club. We now have increased capability in this window, the overdraft facility remains but maybe Farke can bring in someone that better fits his ideal.

That’s all ifs and maybes though.

At the moment we’re all a bit down. Wondering what might have been with a player that showed so much in such limited playing time.

It’s done though. And just like I did when we lost Kevin Drinkell, I’ll get over it and a new hero will emerge.

With all things considered, it wasn’t that difficult a decision to allow AP to Chase his dream. It’s not a Chase firesale either. Yet.

With a fortnight or so to go we have some wiggle room but should we lose Maddison in this window, the pitchforks will be locked and loaded. The time to judge is when this bloody window is shut though.

While you’re here. Two things; first, did you know we have a new podcast? It’s available via iTunes and Soundcloud. Alternatively you can just listen to it in your browser via our podcast page. Jack Reeve from Talk Norwich City was our recent guest as we debated the latest talking points regarding NCFC.

This time we’ve produced garments celebrating our rightful place as the Pride of Anglia. As always, we take no profit from these and put all the revenue back into the site and things we can all enjoy. 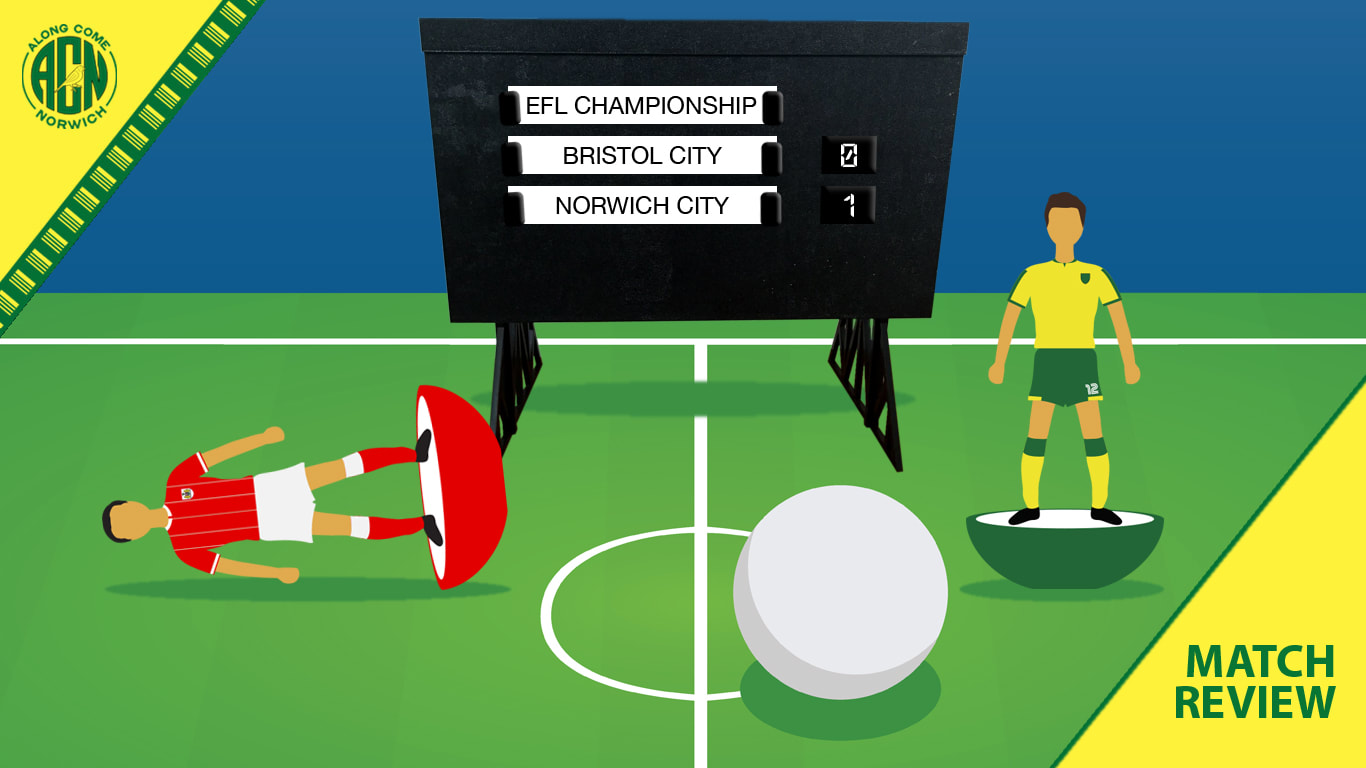 BRISTOL CITY (A); THE REVIEW 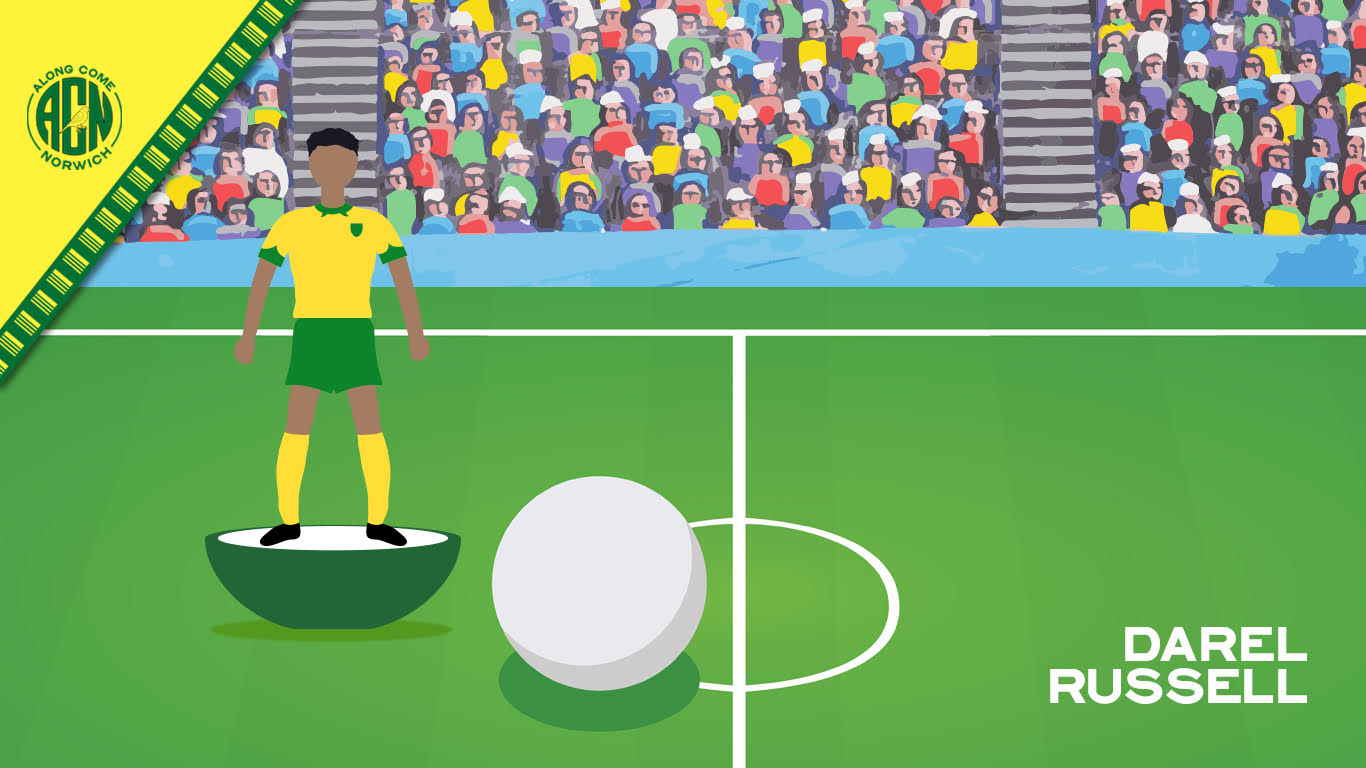 Stephen Curnow returns with his look back at the careers of some of City's forgotten stars. Next under the microscope is Darel Russell, a player who repeatedly jumped ship at just the wrong time...