STOKE (A); THE REVIEW

A disappointing day turned into a 'we're nearly there' day. Here's Ffion Thomas to talk you through her highlights of a trip to Stoke...... 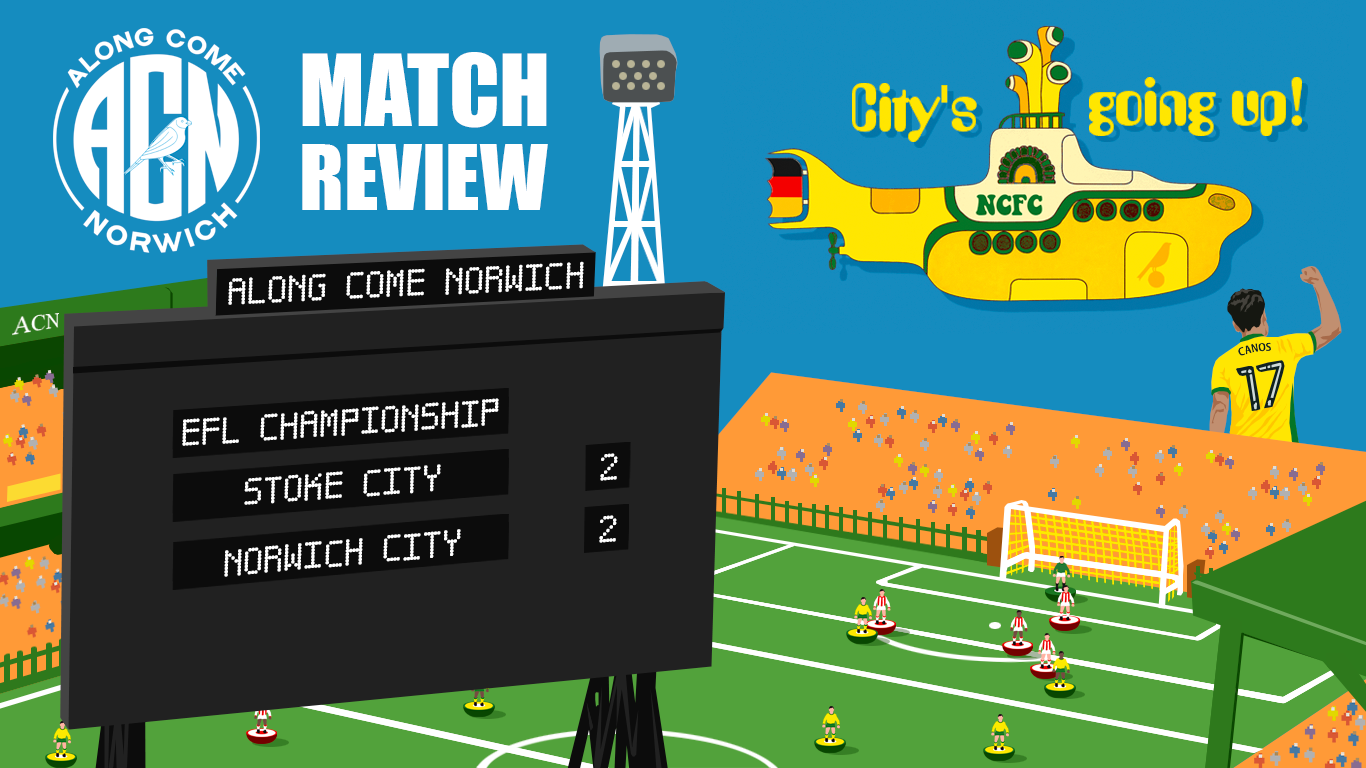 We are (almost certainly) going up!

Allowing a free header from a corner two minutes after half-time wasn't ideal, and nor was Onel's brain fart in trying to dribble his way around two Stoke players on the edge of the box two minutes after taking the lead, but these were isolated errors in a result and performance that at any other time of the season would be filed away as a very decent away point. That many of the players were collapsed on the turf from a combination of exertion and frustration at the full-time whistle was entirely understandable, but get those heads up now, boys - we're almost there.

Walking into a pub opposite Derby station to await my train back to London at the exact moment Sergi Canos was in the process of scoring Brentford's second goal on the television screens behind the bar.

Ben Godfrey had Benik Afobe in his pocket all afternoon, culminating in his box-to-box sprint in the 80th minute to chase him down, win back the ball and set us going again. And while it didn't seem to generate much of an appeal from either fans or players, was he not a little bit grappled to the floor by Ashley Williams in the box for his close-range attempt in the dying minutes that ended up being an easy collect for Jack Butland?

He must have been absolutely sweltering in that coat.

Eight days after Wigan and quite a few degrees warmer, this was an afternoon not for black coats but for yellow shirts, and very fine the Norwich end looked too in the Staffordshire sunshine. The atmosphere was subdued when all that pressure came to nothing with the full-time whistle, but far from funereal - and everyone had presumably perked up substantially by the time they got home.

With the benefit of hindsight and a big bonus from the Bees, this was an absorbing match that could have swung either way once Stoke had worked us out by half-time. Few would have predicted four draws on the bounce, but since mid-September we've more than earned the right to go through a sticky patch - and it's a lot less sticky than the patch Leeds have dug for themselves. Let's bring the noise and the colour to Carrow Road for one last time this season on Saturday night, and get this superb team over that finishing line in style. 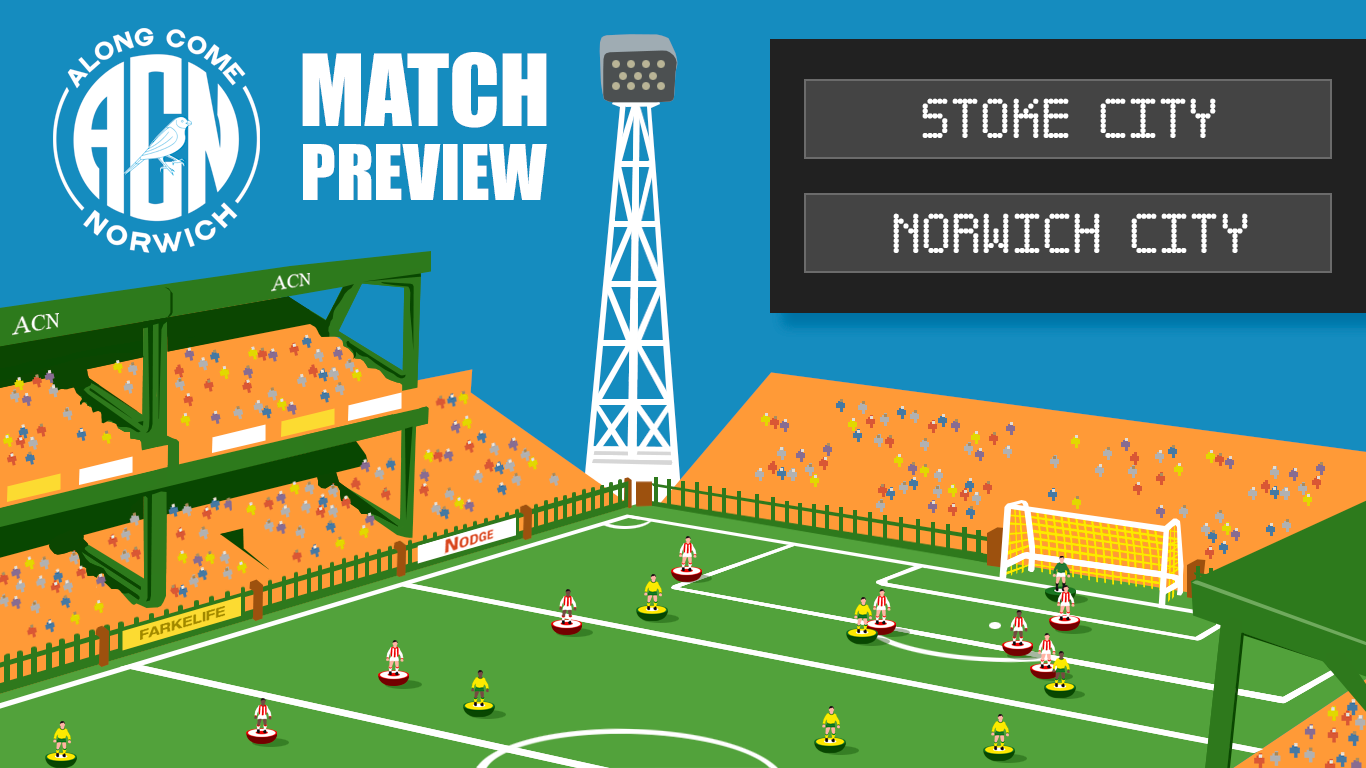 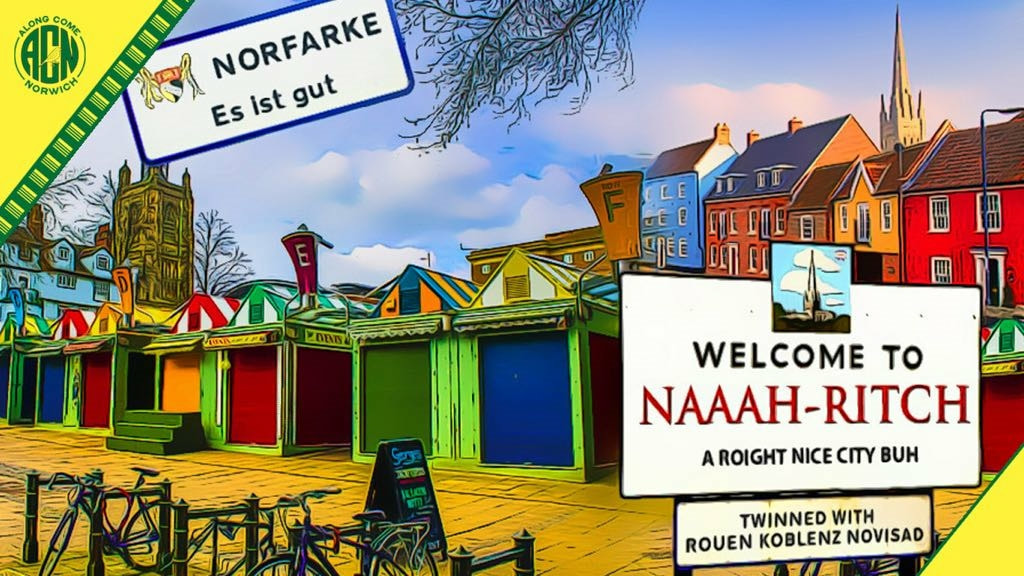 EXPAT PRIDE IN ONE CITY STRONG

An ACN debut for you today as Luke Butcher pens the words, all the way from Seoul, on how this team and this club can define a city half a world away