The ACN Match Review – Hull (a)

Are things starting to feel a bit troubling, or are there flashes of a rebound to come? Ffion Thomas bears witness to a disappointing game with one moment of hope. 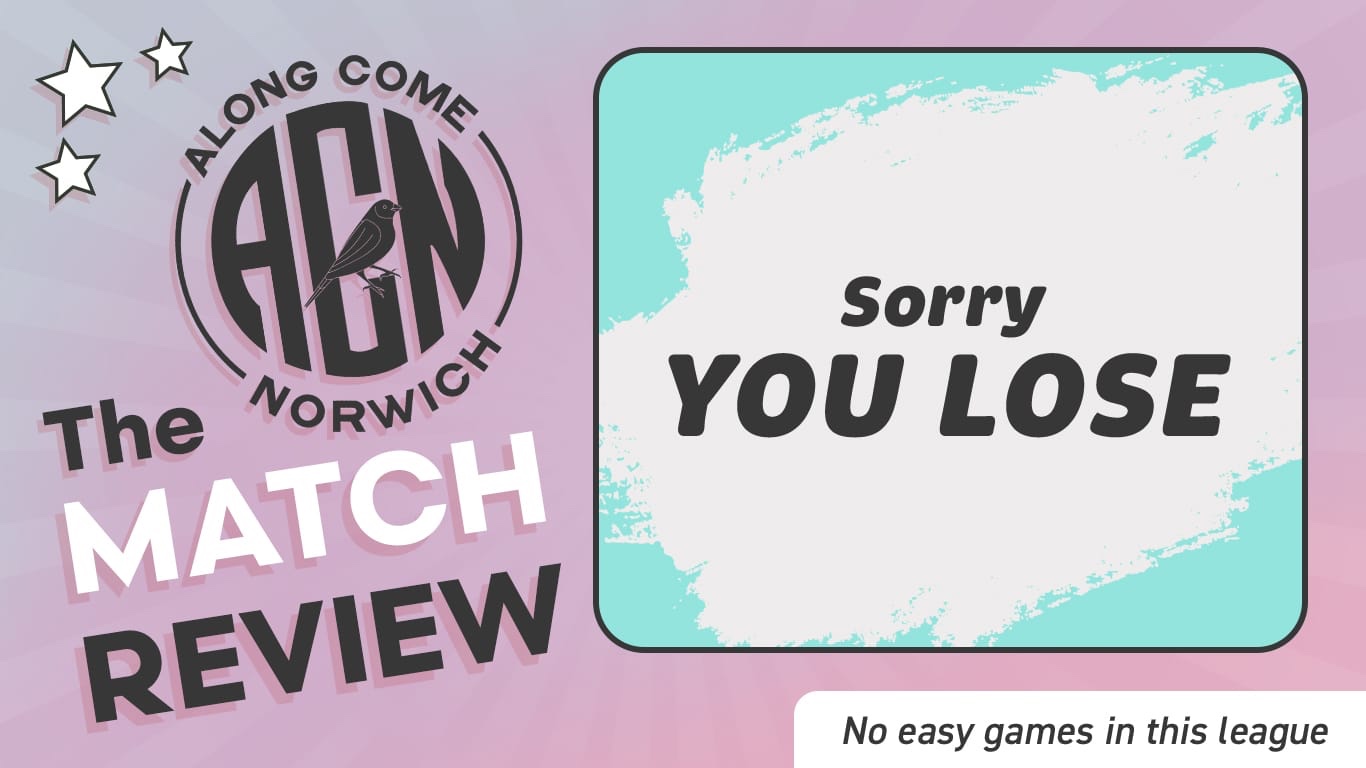 I was quite keen to do to the Hull game this season as this is a ground I haven’t been to since 2010-11 (1-1, Zak Whitbread). The atmosphere from the home fans was pretty impressive by Championship standards – two areas of vocal support on either side of the away end, though they notably went very quiet after we scored. The Norwich support got fully behind the team once we sprung back to life in the second half, but there was plenty of frustration expressed at another long trip with nothing to show for it.

The omission of Sinani and Gibbs from the start was maybe surprising after good performances in the cup, and Sargent didn’t add much as a sub. Three games in and another name on the injury list means the left-back position is… a problem.

Núñez’s goal was a thing of beauty and he had a decent effort from a similar position with nearly the last kick of the game. Looks like we’ve found our “time to get genuinely excited when we get a free-kick just outside the area” man to replace Mario Vrančić.

Writing this report on the train back I haven’t had a chance to see replays of either of Hull’s goals, but once in real time was enough.

Núñez has taken to the Championship far better than the rest of our squad, some of whom have won it twice. He gave Hull plenty to think about in the opening stages – them shutting him down coincided with our ineffectiveness as the half went on – and curled in a beauty of a free-kick. If nothing else, I’m looking forward to watching him play every week.

We started the game well and ended it well, so all we have to fix is the bit in the middle. Unfortunately it’s quite a big bit. The goals we are giving away every game are so poor and there’s nowhere near enough happening at the other end to make up for it, and certainly not in a way that plays to the strengths of the attackers on the pitch at the time. A big week lies ahead with two home games, but Huddersfield and Millwall will more than fancy their chances on the evidence we’ve presented so far.

Zoë, Jon and Tom chat Wigan, Hull, a bit of Cardiff, some Birmingham, panenkas, Sørensen, Gibbs, it's a Norwich podcast, what do you expect really. It's the 100th one. We've not got the hang of it yet.