That was huge. Huge. The beginning of a new era and it's 3 glorious points for Deano at a raucous Carrow Road as we've actually won TWO ON THE SPIN. Nick Hayhoe breaks it down.

A large amount of teeth sucking greeted the half time whistle off the back of what was, undoubtably, a very poor first half performance. Long balls played to no one in particular, gifting possession straight back to the opposition, attacks into cul-de-sacs, dodgy clearances and misplaced passes. Cantwell, getting the nod despite all of the ‘issues’, became a burden in attack, while both Gibson and Hanley made several errors that would be severely punished by the clubs sitting in the higher echelons of the division. While we took the chance to make it 1-1 (which was critical to the game’s outcome of course, and not to be underappreciated), Southampton should have, undoubtably, killed the game off.

Yet, Dean Smith did something very simple. He saw a big problem with the way we were playing and did something to change it. Out went Cantwell, in came Sargent. Better sustained spells of possession, better ball hold up, better defending the wings and, then, from a corner (a corner!) a goal that caused an explosive celebration that could be heard and shattered windows all over Norfolk. We have had far better, more dominant, wins in our history – but let’s hope the fight, resilience and, importantly, tactical flexibility, is sustained from now to the end of the season.

Defensive errors became an issue during sustained periods of the match, all of which would have been far more brutally punished by any of the Premier League’s financial deathstars. Even towards the end of the game, while not quite falling into desperation category, some simple tasks became hard work; many times did a ball not get cleared out of our box properly and many times was the ball given straight back to the opposition. While set piece defending has seemingly improved massively already, there’s still some way to go in terms of fully locking the flood barriers at the back

Immediately equalising after the away team goes in front is always met with gleeful joy from the home crowd, and there was no exception this time. Southampton fans chanting “you’re getting sacked in the morning”, fell off the cliff to crestfallen silence as McCarthy flapped at his near post as Pukki headed home.

Honourable mention to the video of Dean Smith’s first day, which appeared on club social channels in the week. An astonishing piece of work all the way through, all awkward “how’s it goings” and looking around rooms enthusiastically, which then reaches a pinnacle when Stuart Webber points out the Colney vegetable patch.

The along come Norwich cloud loomed under deep purple skies at 4.30pm. Nerves being shredded and turningto pulp. Considering Southampton’s recent form, there was a part of me that thought there was some inevitability that there was going to be a sickening sickener, but it never arrived. And, thus, the along come Norwich was seen off for another day.

An impossible question to answer as this was a good old fashioned brilliant whole team performance with no particular stand outs. Honourable mention, though, to Josh Sargent who has got a load of flack since he signed but, in his strength and holding up the ball, he helped change the game in the second half.

Some extremely powerful renditions of On The Ball City rose up from the terraces into the cold air at least four or five times throughout the match, particularly in the second half, indicating a crowd willing to get behind the team and new manager as fully as possible. To some extent, however, falling back to OTBC as much as we did – as amazing and brilliant a song it is – demonstrates a lack of other tunes in the current supporter repertoire off the back of so long not being in the stadium. With a fresh change seemingly all about, these will come in time.

Do you feel that? Do you feel it? It’s the most dangerous emotion you can have as a Norwich City supporter. 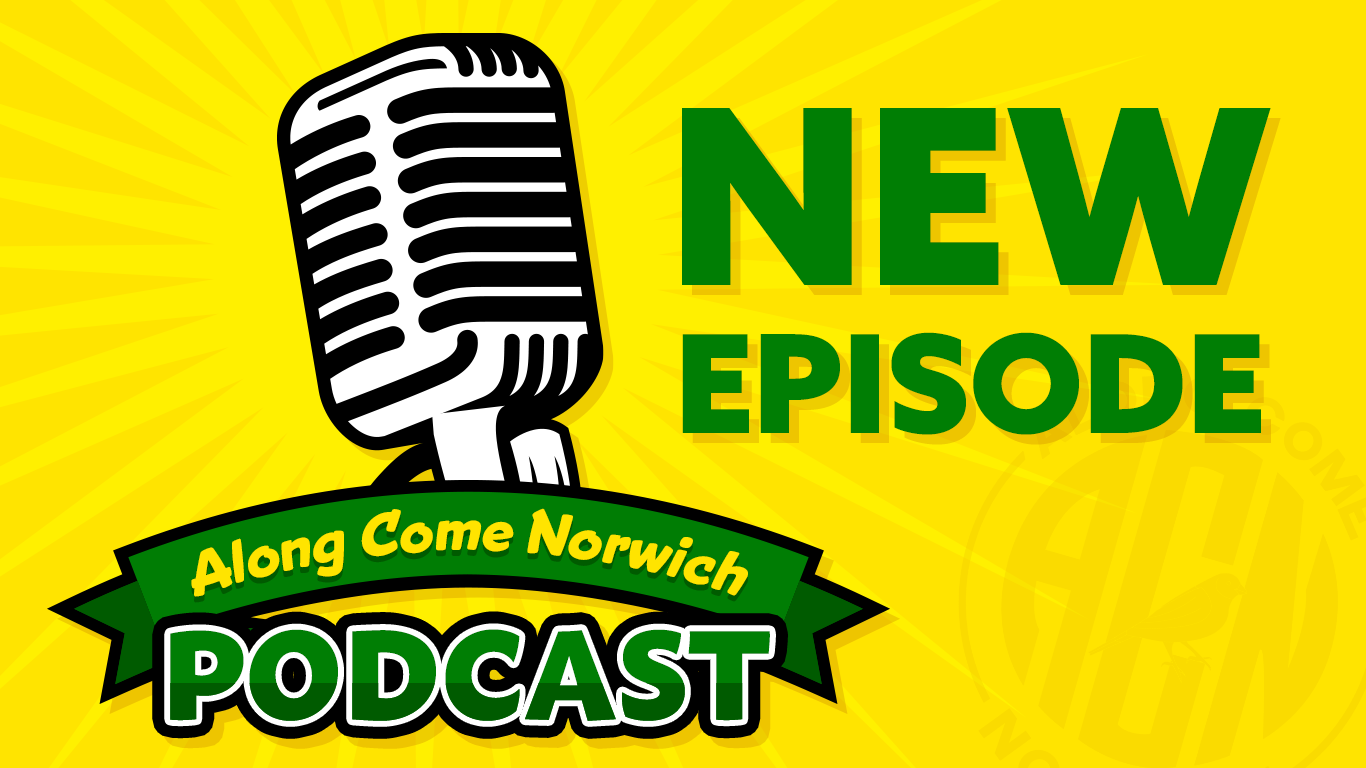 Hannah & Adam join the boys to run through the events of the weird in-between manager phase NCFC have been through and look forward to Saturday's game against Southampton. 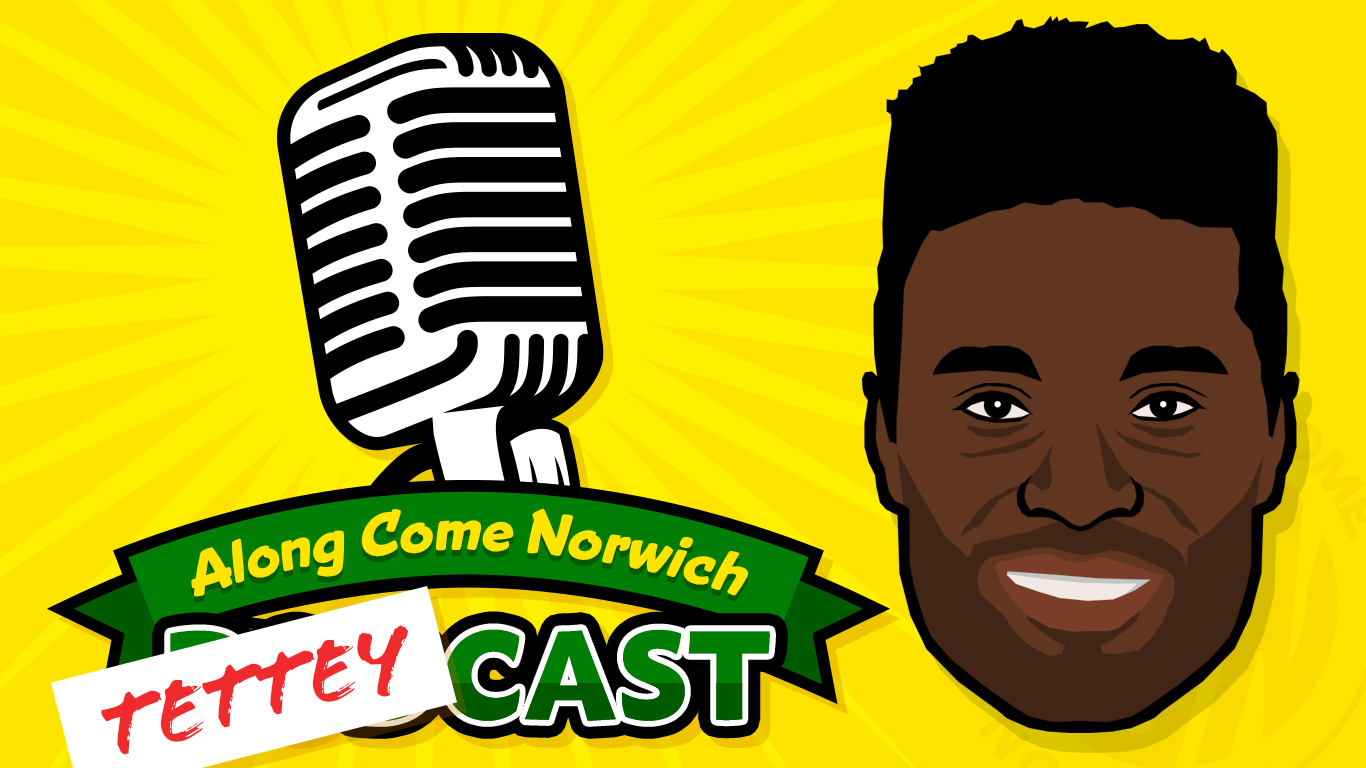 The ACN Podcast Episode 88 – An Interview with Alex Tettey

The boys are joined by Alex Tettey in an episode you're not going to want to miss. We talk Wembley, both Neils, Hughton, Relegations, Promotions, Farke and his journey at the greatest football club in the world.