International breaks can be tenuous at best, especially for those not mad about qualification games or international football on the whole.

Thankfully for Norwich City fans, we have a proven track record of stepping up directly after them, a pattern which continued on a cold day at Goodison.

Before that, however, I think it’s only fair that we recognise our talismanic striker’s contribution in taking Finland to their first ever major competition. That is insane.

The journeyman who never truly settled prior to his Norfolk switch has well and truly found his form since making the move, thus creating a beautiful union between all those of Norfolk and Finland. Despite losing to Greece in the final qualifier, a goal in that game and two in the fixture against Liechtenstein secured Pukki’s name in the history books.

Only Harry Kane, Cristiano Ronaldo, and Eran Zahavi scoring more than him in qualification. While Zahavi may not be a household name, in Kane and Ronaldo, we are talking about two of the world’s most prolific scorers, and so Pukki’s contribution should be celebrated and then some.

To make things even better, Tuesday night saw my beloved Wales secure their place at the Euro’s against all odds, after an astonishing display against Hungary.

While Bale and Ramsey were quite rightly at the forefront of all that was talked about within the media, I’d like to note the dramatic shift brought about in playing style through Ryan Giggs’ unearthing of Wigan striker Kieffer Moore who became crucial in our final qualification games despite only making his debut in September.

The Segway back to Norwich here is that the 6 ft 5 throwback striker developed our game play mainly through his aerial dominance and ability to hold the ball up, and lay it back to his teammates. On Merseyside, we saw a certain Mayor McLean pull off a similar display, despite standing only at 6 foot.

With an abundance of attacking options, despite a continually growing injury list, Kenny McLean was called to arms in his favourable attacking midfield role, and with a positionally stable midfield and defence behind him, we saw what has a real case for being his standout City performance.

Winning plenty in the air and spraying balls around the pitch, including a set-up for Onel’s first-half chance, and a header from the deputising Sam Byram, we saw a side of Kenny we’ve yet to see. Chosen ahead of Buendia, Stiepermann and Dennis Srbeny (we’ll get to him, don’t worry), we saw the physicality we would expect from Marco, and the passing guile of Emi; while he did start in the same position against Watford, I seriously think you cannot underestimate the influence of the returning Christoph Zimmerman, and the opportunity to have a legitimately defensive midfield behind him.

We saw, for the first time this season, a fit group of players playing in their natural positions, and with that, came 3 points and a clean sheet. That won’t happen every week, but now I feel that Norwich fans finally have a leg to stand on after social media seems to have beaten us down to relegation favourites. The pundits and bookies will have their say I’m sure, as will those down the road, but we know that there’s something here.

The best thing about having a season full of magic is that the magic doesn’t just disappear, and with every game we give our all we come a step closer to being able to look back on another unforgettable season, for better or for worse, come May.

And on the topic of unforgettable football, arise Dennis Srbeny, a true Norfolk ICON. I think many Norwich fans would be forgiven for not having a large amount of faith in the former Paderborn forward, but there is a valid argument that he has never had sufficient time on the pitch; on Saturday, he didn’t even need 2 minutes to secure the points with his injury time goal.

When our title winning season turned at Cardiff City in the League Cup, it was Srbeny’s brace that helped change our team’s fortunes. With Drmiç out for the foreseeable future, perhaps it’s time we see just how menacing Dennis can be.

I think it’s fair to say we’re back, alive and kicking, and while Arsenal will be a mighty test, we’re ready. Over the past few months it’s felt like we’ve had our ticket for the big time revoked, but maybe, just maybe, if our boys can stay fit, with a bit of luck, we’ll have another chance to show the world what we’re made of. 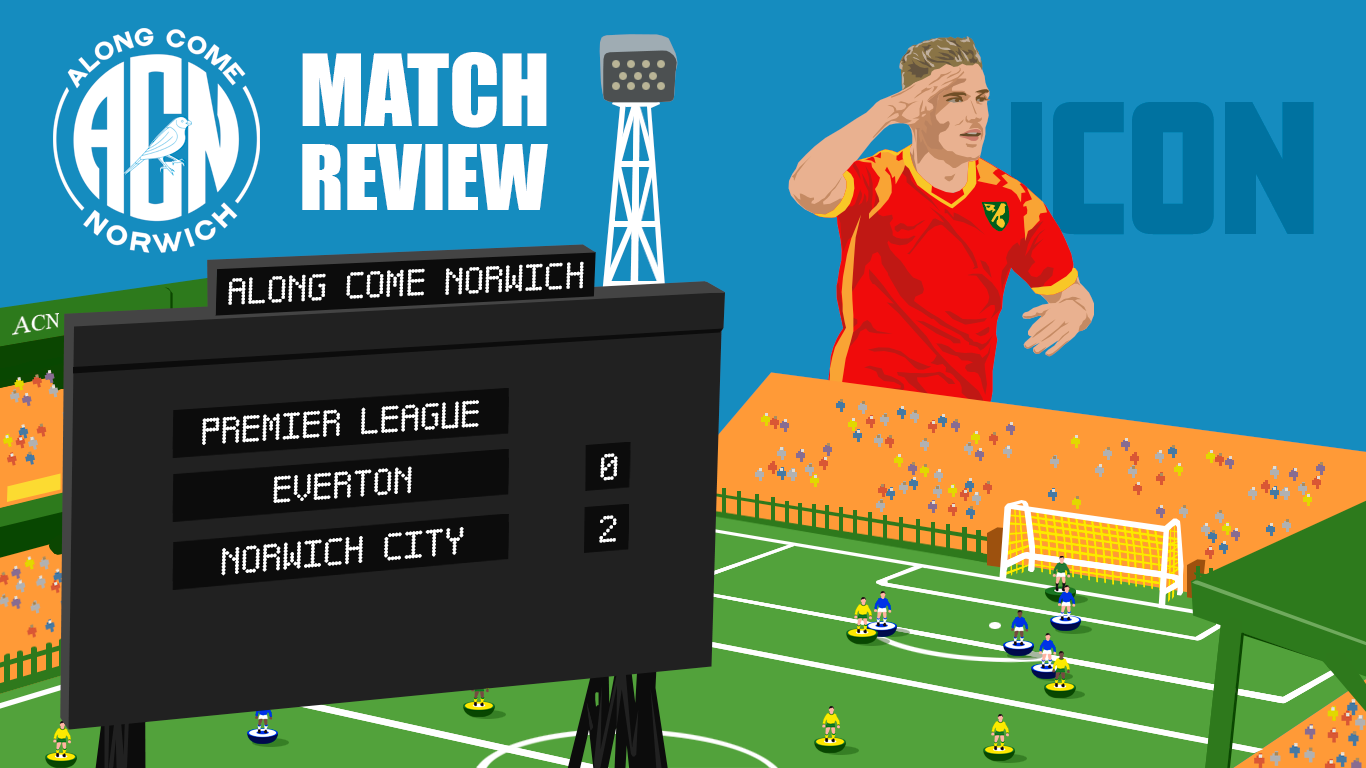 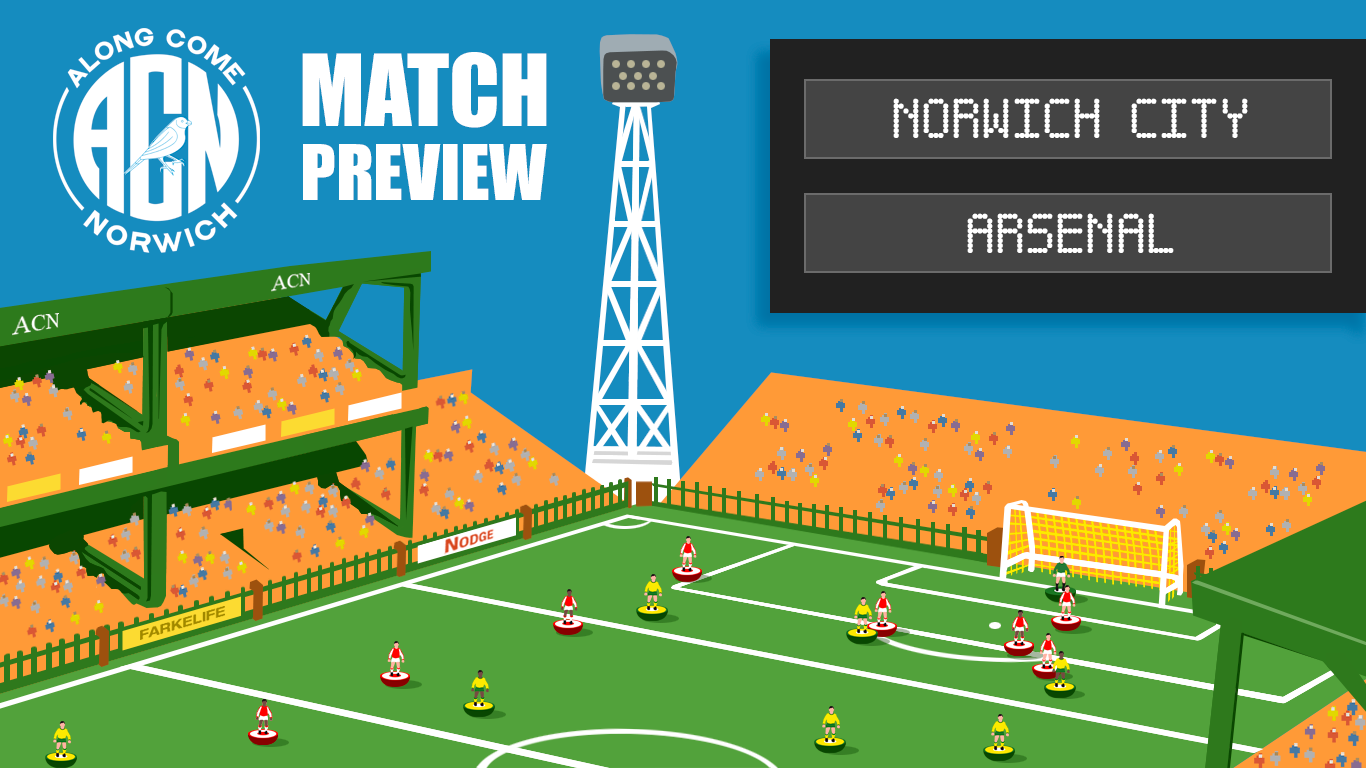 As Arsenal limp their way into a newly rejuvenated Carrow Road, Andrew Lawn chats to Joe White, co-chair of Arsenal Gaygooners, about what he thinks has gone wrong in N7