No one can say last season wasn’t emotional. A group of ACN regulars have assembled a circle of old plastic chairs in a quiet church hall, opened with a quiet recitation of OTBC, and are now ready to unburden ourselves. Won’t you join us? Deep breaths. 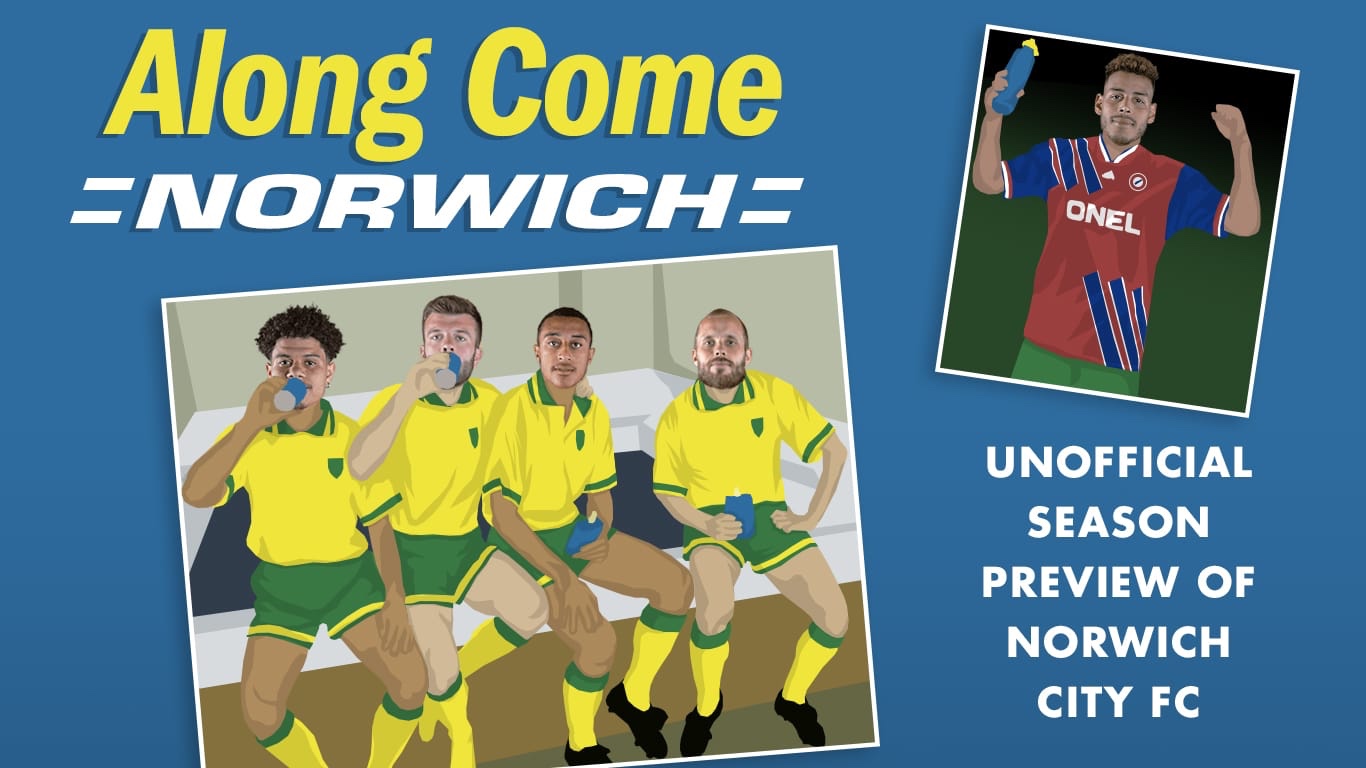 That Teemu gets to 100 goals, because let’s be honest, he’s the greatest Norwich City striker of a generation. His tireless running, the constant tracking back, his ice-cold demeanour, the tongue out when he shoots. Pukki is a Nodge legend and we all need to enjoy him while he’s here. JP

I would be so, so happy if something unlocks in Josh Sargent and he becomes the magical goal spanking sprite I just know he could be. All we need to do is collectively believe. And hear me out: I know we all need the love and joy back, plus we’re owed a big Bassett bus parade from 2021, but I’m hoping we use this year to focus on long-term cultural and organisational consolidation over temporary advancement. Could we suspend the frenzied tug towards promotion for just another year, if it eventually took us to a more satisfying climax? EM

I would love it, love it, if we have *yet another* intake of extremely good youth talent that becomes the backbone of the side.

Well, at time of writing as a Norwich fan living in Chile my main hope has become Marcelino Nuñez signing for Norwich and becoming a major hit. Beyond that I am hoping for an entertaining season towards the top of the table. AB

I would love it, love it, if we have *yet another* intake of extremely good youth talent that becomes the backbone of the side, are promoted with them and we fall in love with the club all over again as a result. If they also hang around to become club legends that would also be good, but that’s more a fantasy than a hope. NH

Sara is the new Fernandinho. Dean Smith finds a system that enables Pukki to score 20+ goals again. Sargent becomes the best US import since Reece’s Peanut Butter Cups. Mark Attanasio arrives at Colney in a Winnebago filled with gold bullion. We rediscover a little something called “fun”. BS

I love going to the football. I didn’t last season. Is it too much to hope to enjoy it this season? PB

This is a difficult one, because I believe if we don’t look like promotion material by the World Cup break I can see us making a change if Smith and Norwich still hasn’t clicked by then. That might be for the best. So basically us starting well and then fading in the second half of the season, leaving us little time to react, is probably my biggest fear. AB

I fear that the terrible end to last season was more of Dean Smith’s making than we’re pretending, and that it will all become horribly apparent by mid-September. PB

I’ll never get fully on board with the nickname ‘Shakey’.

It feels as if we’ve been failing to click for so long that we’ve fallen prey to a very deep-seated dysfunction. We haven’t seen a team that understands the “why” in a long time, so I’m prepared for disappointment… so anything better will be a giddy delight. At least Ipswich aren’t around to deal out the topsy-turvy-world result that might finish off our fragile hearts. EM

Sara is the new Kleberson. Dean Smith fumbles about tactically, trying to play high long-balls up to a forlorn Pukki. Sargent becomes the worst US import since creeping NHS privatisation. Mark Attanasio arrives at Colney in a Winnebago filled with David Bellion. We rediscover a little something called being aimlessly stuck in the second tier for a decade or more. BS

Despite the Championship being such a brilliant product – because it offers a competitive and purer tonic to the top tier and the European supercluster – the stupidest thing about the EFL is its insistence on trying to make it as soulless as possible through attempts at Premier League Cosplay. So this less a fear and more a “it will happen and it’ll be fucking awful.” VAR will almost certainly be announced to be introduced at Championship level. NH

I’ll never get fully on board with the nickname ‘Shakey’. I have to really like a person before I’m embracing a moniker, especially when they’re a middle-aged man. If I don’t get to call him Shakey, then it’s highly likely his coaching methods have failed and he’s departed the club along with his pal Deano. JP

My fear is Dean Smith. That he doesn’t know what he wants our team to do, and he doesn’t know the best eleven who can do it. And when they don’t do it for the first 2-3 games, the gloom will descend, and the vitriol will rise, and our eventual fifth place will seem like a disaster after a season of gripes and bedsheets and passive aggressive whingy media management from the club. It all starts with Dean and Shakey. MG

I LOVE an outrageous pre-season prediction. This time I’m going for Pukki, Idah and Hugill to score a minimum of 50 goals between them. Also, for Sara to remorselessly bully every Championship midfield to such an extent that before September is out, it becomes obvious that he’ll soon reach his career ambition of being sold to some team who can’t finish above Crystal Palace. BS

Not particularly wild to say that Liam Gibbs might emerge as a real contender for a starting berth in midfield, so let’s say he’ll also score the winner at Portman Road in a Third Round League Cup clash. Scenes. JP

The time is right for an Unexpected Celebrity Fan. With that kit it would be a waste not to. Sylvester Stallone and Everton, Cameron Diaz and Brentford, John Cena and Spurs, Derek Smalls and Shrewsbury. I’m praying for it to be Rihanna to make that yellow *pop* for 22/23. We’d earn enough on merch to see us comfortably to the 2030s. EM

The FIFA World Cup will be played in December as a result of it being awarded to petroleum state as part of their sportswashing proxy war with their neighbours, and all European leagues will be suspended for 4-6 weeks in the middle of the season as a result. NH

Norwich will have won the league by February.

Okay, bear with me on this one – you might need to take a seat: the transfer business done this window will go down as Webber’s best yet with new signings Hayden, Sara, Cantwell and one more players to be named later all going down as real Norwich legends. MG

Norwich will have won the league by February (is that mathematically possible? I don’t care. It’s gonna happen). PB

Now it’s your turn – leave your hopes, fears and wildest predictions below in the comments. We’re all in this together.

Lawny makes a triumphant return and joins Tom and Clare to talk about Saturday's trip to Wales and the season ahead.

The ACN Match Review - Cardiff (a)