Well that was rubbish. Here's Nick Hayhoe on review duties. He's not angry, he's just disappointed. Actually, he might be a bit angry..... 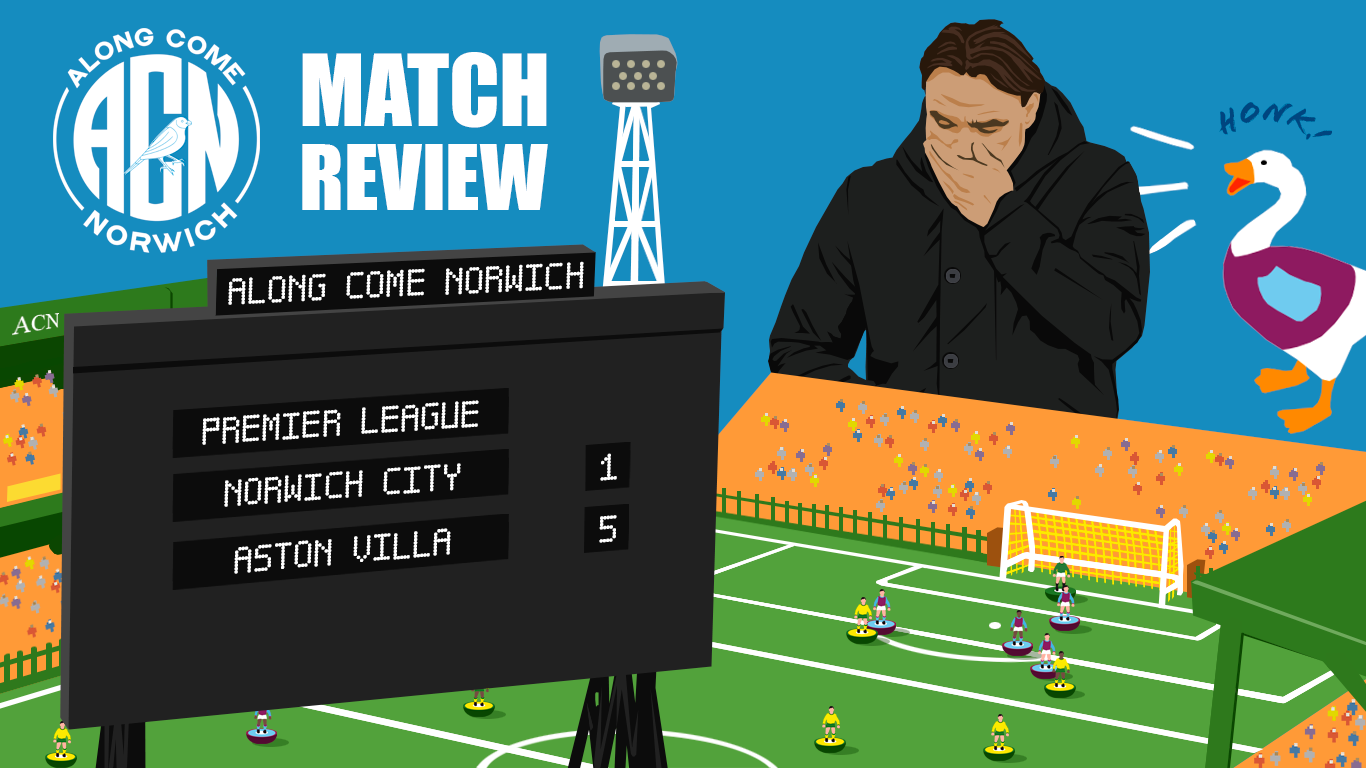 Woah boy. Where do we even start here?

This was probably Norwich’s worst league performance since the loss away to Sheffield Wednesday in the season before last. While we have had as bad, or nearly as bad, losses since that game at Hillsborough, the way that we crumpled like a house of cards here went beyond the standard loss that occurs with an injury hit squad such as this. Indeed, this was the first Norwich game in a very, very long time where I came away thinking “x, y and z didn’t try today” or had concerns over anyone playing for the shirt. It pains me to say this somewhat, as we have been so brilliant in doing this over the last year (not least in our last home game of course), but it just wasn’t there today.

Aston Villa won practically every second ball, they won practically every contested header. Wesley Moraes absolutely ran the show and our back four were completely confounded by his strength and ability to hold up the ball. We mislaid passes straight to maroon shirts, failed to play out properly from the back, passed ourselves into ever decreasing circles when on a promising build up outside of the opposition box, defended woefully from any incisive overload on the Villa counter and even started doing something I haven’t seen in months, which is taking aimless potshots from outside the penalty box, slicing a significant amount of shots miles wide of goal. It was dreadful.

Yeah, but the injuries? Well, an ideal situation it may not be, but we *did* beat Premier League champions with a similarly decimated squad so something else has clearly been at play here for the last three games because heads have dropped, frustration is setting in and fingers are being pointed. It’s a look I haven’t seen from the team for a long time, and it’s extremely worrying.

Finally, a nasty aspect of a loss like this, or any bad run, is that anger and frustration builds up and supporters start having a pop at other supporters, for seemingly petty things. Whether it be in the ground, in the pub or online. If cracks and divisions start appearing within our fanbase like this - something that hasn’t happened in nearly 18 months - then I am sorry ladies and gentlemen, we will lose the war.

Oh moment of the match! Sorry I thought this was the rant about VAR section.

The scoreboard has started showing substitutions properly, so that’s something I suppose. At least you can now snot derisively at Srbeny coming on without having to ask the bloke next to you if it definitely is him.

Yeah, McGovern saved a penalty at what seemed like a “crucial” point, when we were only 2 down (and, fuck me, when was the last time a Norwich player saved a penalty?!); but Harold Godwinson also won the “crucial”  Battle of Stamford Bridge - before getting poleaxed by the Normans a few weeks later.

The A140. I had to drive to the game today thanks to the ever joyful lack of properly working public railway transportation, and this always fills me with dread. Thankfully, everything was pretty traffic free on the ol’ Roman Road so having recently added the Scole dual carriageway to his game, and removing the Swainsthorpe roadworks, it was a good showing by the oft-derided big man.

A thrashing at home like this (and we’ve all seen them at one time or another) goes through several stages on the terrace: horror, anger, disbelief and then, and this can only happen when you’re a fan of a club like Norwich, gallows humour. The away fans are far gone and have stopped taking the piss, no one is bothered about what’s happening on the pitch and just chatting among themselves. Discussions turn to worst defeats previously witnessed, best goals you’ve seen by the opposition at Carrow Road, how on earth we can go from beating one of the best teams in the world to getting pummeled by a fellow relegation candidate. It could even be argued that this sort of atmosphere is weirdly enjoyable in a way.

Although in another, more accurate way, it is not enjoyable at all.

Clearly someone has, yet again, put superglue on the bench because a lack of substitutions until the 76th minute will never not be perplexing from my perspective. At 4-0 down, just. Do. Something. Anything. Move to three at the back. Bring on another striker. Start playing the 0-4-6 formation and kick and rush tactics from the late 19th century. ANYTHING.

Yes we are scraping the reserve fuel tanks. Yes we have been desperately unlucky. Yes we are having to play square pegs in pentagon shaped holes. But as much as I trusted Farke to not allow this to happen, from today’s performance the injury crisis has clearly dealt a massive blow to morale and the general psychology of the squad. We, and that’s all of us here - players, fans, manager, have fallen right into a trap of feeling jolly well sorry for ourselves about the injuries and feeling that the game should eventually be giving us luck back the other way. Unfortunately football does not give a solitary shit about us. There will be no karma back the other way. That is just not how it works. We all, urgently, need to realise this and, if that mindset is not sorted out quickly then, I am afraid no matter how much we take the piss out of Mark Lawrenson about his predictions or Jamie Carragher about his calling us naive, Norwich City will be relegated. 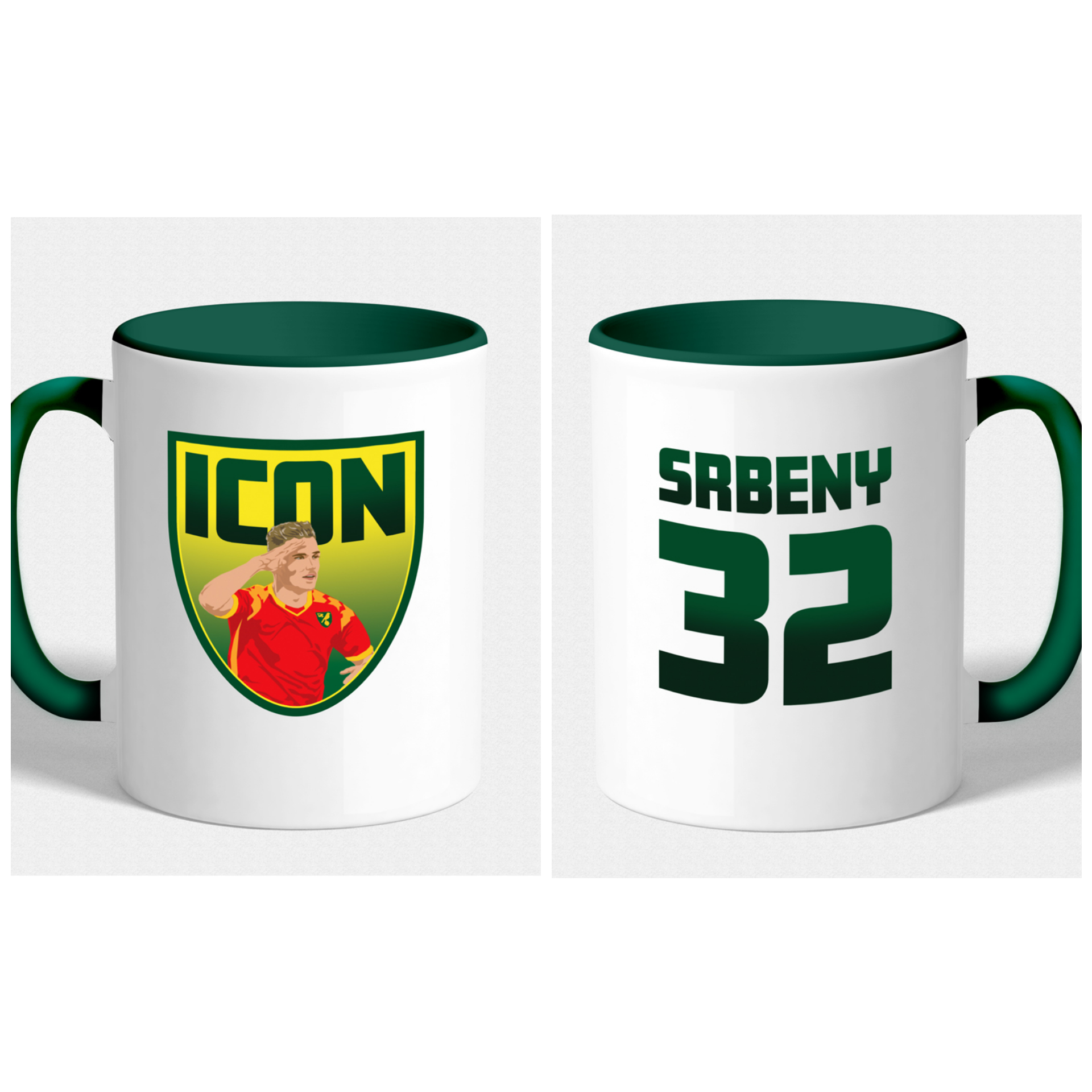 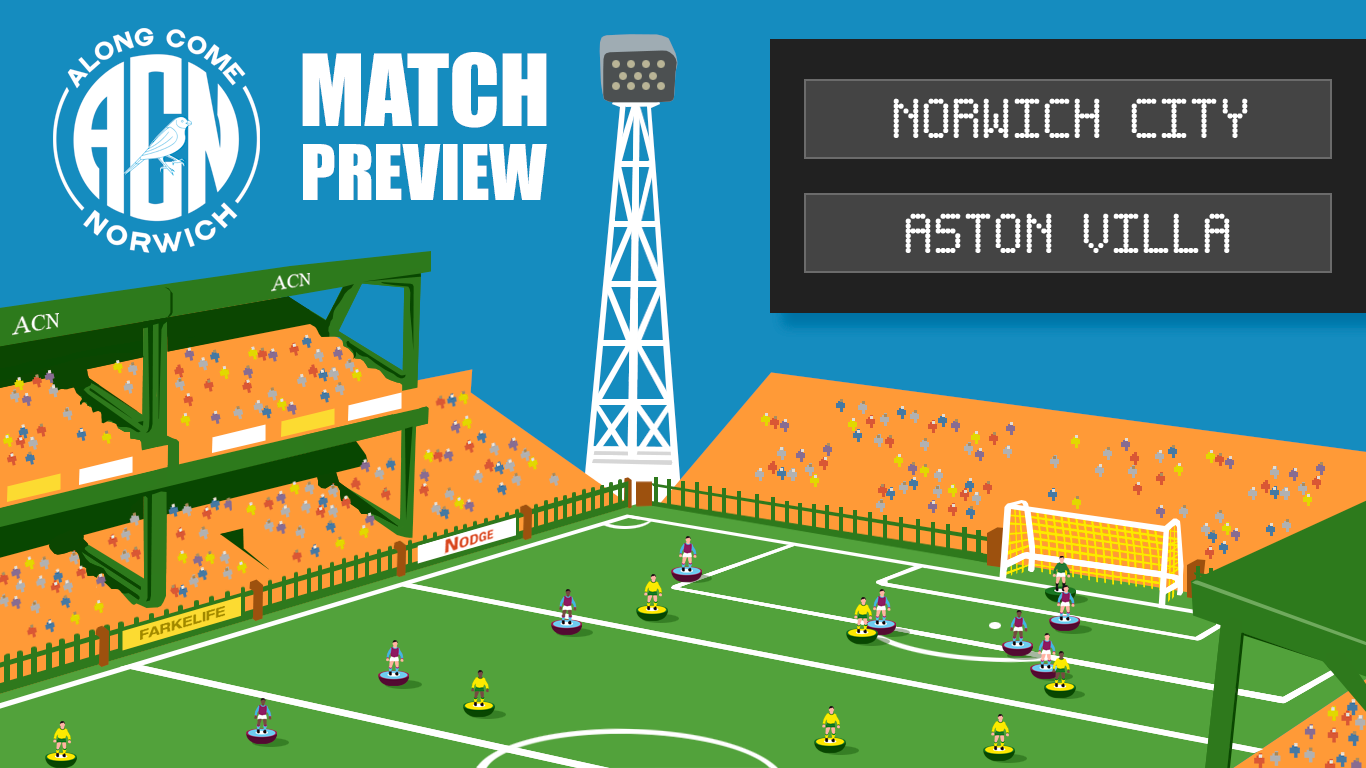 MY MENTAL HEALTH JOURNEY WITH NCFC

On World Mental Health Day, Anna Say writes about per personal tale of ill health, and how NCFC has helped her immensely.....