Bournemouth (A) – The Review

Norwich's first league defeat of the season, but that really wasn't the story of the day. Here's Jon Punt to talk you through an improving Rupp, Farke's carefully chosen comments, stylistic departures and plenty more.... 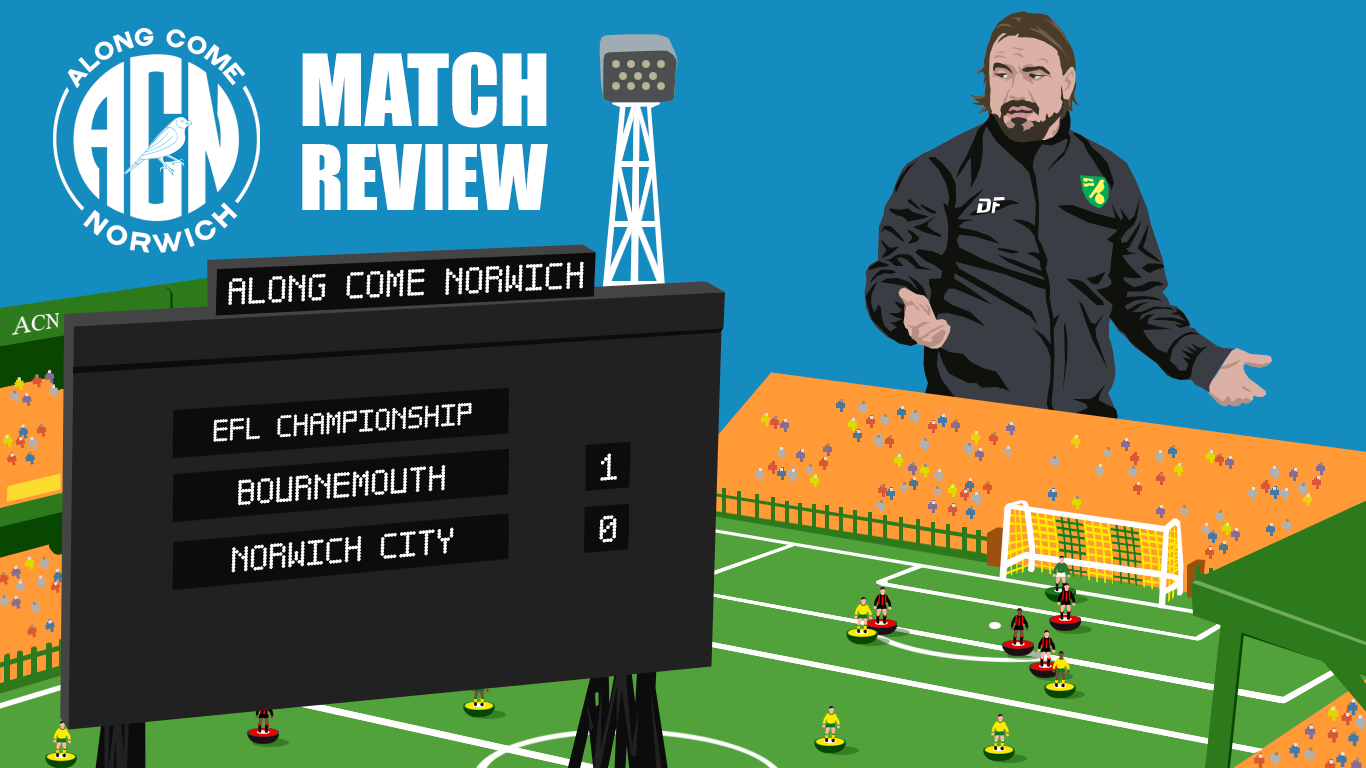 A return to form of sorts for Christoph Zimmermann, who looked assured and somewhere approaching the player of 2018/19. Some may point to him not being close enough to Danjuma for the game’s solitary goal, but the speed of the turn and shot would have left almost all Championship defenders struggling.

Last season Norwich City lacked leadership, ensuring there are several captains on the pitch is vital and Zimmermann fits that profile.

Although Norwich enjoyed the vast majority of possession, especially after the interval, the failure to create any real clear cut openings is a worry. With less of the ball, Bournemouth carved out several presentable opportunities and could have made the margin of defeat wider. In contrast, City were largely restricted to pot shots.

Judging by the opening three performances, Norwich are clearly a club in transition, with Farke reaching to try and find the kind of balance which will mean offensively they can pose a threat but that they retain some kind of solidity.  As much as Norwich fans are fed up of the cliche, it is a work in progress. Unfortunately this is being hindered by a protracted transfer window which can’t close quickly enough.

Not exactly part of the 90 minutes, but when the news filtered through around 2pm that neither Cantwell or Buendia had travelled, it felt like it might be a watershed moment. For Todd at least it seems to signal the beginning of the end, and Norwich are probably right to cash in on a player whose stock might never be so high again, given his dip in form since  the start of 2020. Cantwell’s talent is supreme, but whether it’s the fault of the player or not, there is now a circus that surrounds him.

For large parts of the transfer window it has appeared from the outside at least, that Norwich had received very few enquiries about their young starlets. That seems to be changing, and what happens over the next two to three weeks could well define City’s season. Lose both of these creative forces and it would seem Stuart Webber might have to dip into the market once again.

I’m always one for the underdog, so there’s a massive part of me that wants Lukas Rupp to come good. So good that when we’re sealing the title at Carrow Road in front of a packed house in May, he can cup his ear to all the naysayers as he scores the winner to take us up. This is ridiculously fanciful on many fronts, but it doesn’t stop me wanting it.

While Rupp didn’t set the world alight with his midfield performance, he was compact and rotated possession well. The German also exhibited enough energy and discipline in the middle of the park to suggest there’s more to him than we’ve seen since his arrival at Carrow Road. Whether it’s enough to hold down a regular starting place in a midfield crammed full of options remains to be seen, but it was an improvement.

Farke’s post match comments about the high profile absentees from his squad were the story of the day. Maybe that was a deliberate ploy to deflect from the defeat, City’s head coach almost always chooses his words very carefully. In fact there is a weekly consistency to his official club, press and radio interviews which demonstrates he pre-prepares almost everything he says to the media.

So his comments were the clearest indication yet that he won’t consider players unless they are completely committed to the cause. Fine by me, and I’d suggest most fans.

However,  Buendia and Cantwell are huge misses for a side which hasn’t exactly been awash with creativity of late. So it was slightly galling that Farke opted for a more robust midfield three of Rupp, McLean and Skipp, rather than look to a player who has a lot more quality in possession, such as Mario Vrancic. Essentially 3 players were selected who will run and battle for you, but won’t unlock the door with the kind of regularity required.

Not only that, but if you proceed to play two natural wide players in Hernandez and Placheta, while also encouraging Quintilla to throw the ball into the box at any given opportunity, then Teemu Pukki might not be the wisest choice as your lone striker.

Pukki  found the net 29 times last time out in the Championship, most of the time relying on intelligent through balls and speed of thought. If Norwich continue with the kind of stylistic evolution served up so far, it is almost inevitable he won’t carry the same threat. Again though, this is about finding balance, and the emerging Idah and workmanlike Hugill might just chip in with enough goals to mean Teemu doesn’t have to be as prolific for City to succeed.

Probably our best performance of the four games so far, that is until we approached Bournemouth’s box. The lack of a plan to open them up, and continual running down cul de sacs, was a sign that there is much work to do on the fields of Colney before Norwich are  at their attacking best. In fairness to Farke, the fact he can’t plan for which players he will have to work with beyond mid October serves as some kind of mitigation. 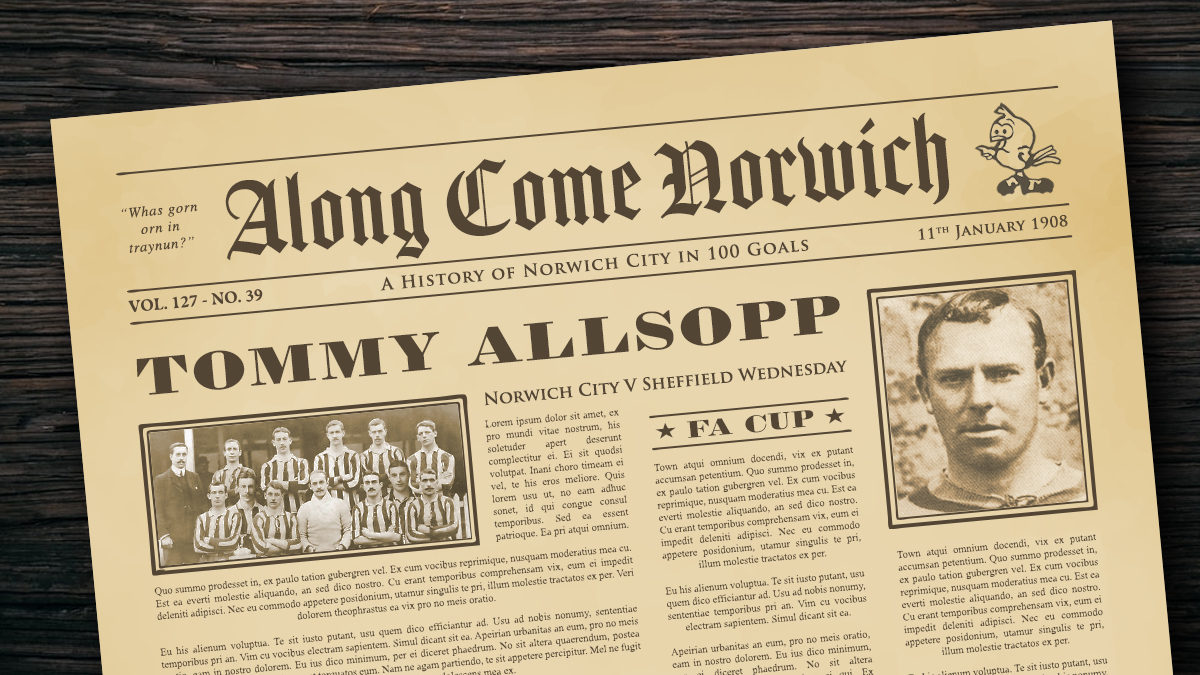 Tom and Jon are joined by national journalists and Nodge fans, Hannah Shaddock (The Times/Sunday Times) and Paul Macinnes (The Guardian). They chat about potential Todd/Emi tantrums, a stilted display at Bournemouth and what lies ahead at Carrow Road on Saturday.