Yet another Norwich performance of passing, possession, goals, dominance. Here's Nick Hayhoe to wrap it up.

I’m starting to run out of things to say about how well we’re playing football at the moment. Complete team performances supplemented by the stars of your side also being at the top of their game is the dream for any supporter. Some neutrals are pointing out that a failure to take chances plus slightly dodgy defending from set pieces will eventually see us found out but, despite being one of the most pessimistic Norwich fans you’ll find, I just cannot see this at all. Our attacking performances on this run have been totally dominant, with such dreamy passing and defence slicing through balls, that I am comfortable that, if we do concede a silly goal, we’ll just score up the other end. This is a dangerous mentality to have as a Norwich fan perhaps, as we sometimes do have a habit of making sure things go wrong when things are going very right, but let’s just enjoy it for now. Lord knows we need it.

Less a whinge, more a worry.

BBC Five Live Formula One pundit Jolyon Palmer, from about the 5th race of the 2020 season onwards, repeatedly made the point that Lewis Hamilton was certain to win the F1 Driver’s Championship title and the only thing that could stop him was Covid-19. With the news that the Derby v Rotherham game had been cancelled last minute filtering through after the final whistle of our match, and various other fixtures through the Football League suffering similar fates, I can’t help but have a nagging doubt that viral intervention might throw a spanner into the engine block of HMS Piss the League while it is full steam ahead.

Hamilton, of course, would actually fall ill with the virus, but after he’d already sewn the title up. Let’s hope that Norwich can be as similar dominant so that this concern becomes irrelevant.

Everyone. Everyone was at the top of their game right from McGovern (who’s save from a point blank header in the first half kept us rolling), through Hanley, through Sørensen (who’s not even a bloody left back remember), Emi doing Emi magic, Cantwell giving it the big fuck you, Skipp’s linking up and Alex Tettey for just being Alex Tettey. While Pukki might have put a few more chances away on another day, he only had the small matter of his second child being born a few hours previous, so you can’t fault him either.

Quick kudos to the ref for deciding enough was enough with Cardiff’s shithousery in the second half, and for becoming less willing to blow the whistle every time a gust of wind toppled one of their players.

In case anyone from Dortmund or Arsenal is here: Farke is an awful manager. All these poor tactical decisions, bad squad selection, terrible man management of young players. Looks like he won a compeition to be there. You want Steve Cooper. Go hire Steve Cooper.

Cantwell’s goal would have settled the nerves with any way of being scored, but in that manner it added a final exclamation mark to proceedings – as if announcing that there was no way Cardiff are going to come back here. We’re just too good.

I still don’t know, to this day, how a footballer puts the “knuckle” effect on the ball to cause it to loop and dip like that (which, in this instance caused the Cardiff keeper to be as bamboozled as a cricket batsmen is from an unplayable reverse swinger or a baseball batter from a filthy breaking ball). Every time I kick a football I tend to stub my toe, which is probably why I wasn’t on the pitch yesterday.

The phrase “top of the league at Christmas”, in a Norwich City context is often followed by “but then couldn’t keep the pace, eventually finishing 3rd” – so let’s not assume that being top at Christmas guarantees anything – but with the type of football we’re playing at the moment, against the sides that we have beaten, it’s hard not to get excited right now.

I hope you all have your boarding passes ready. 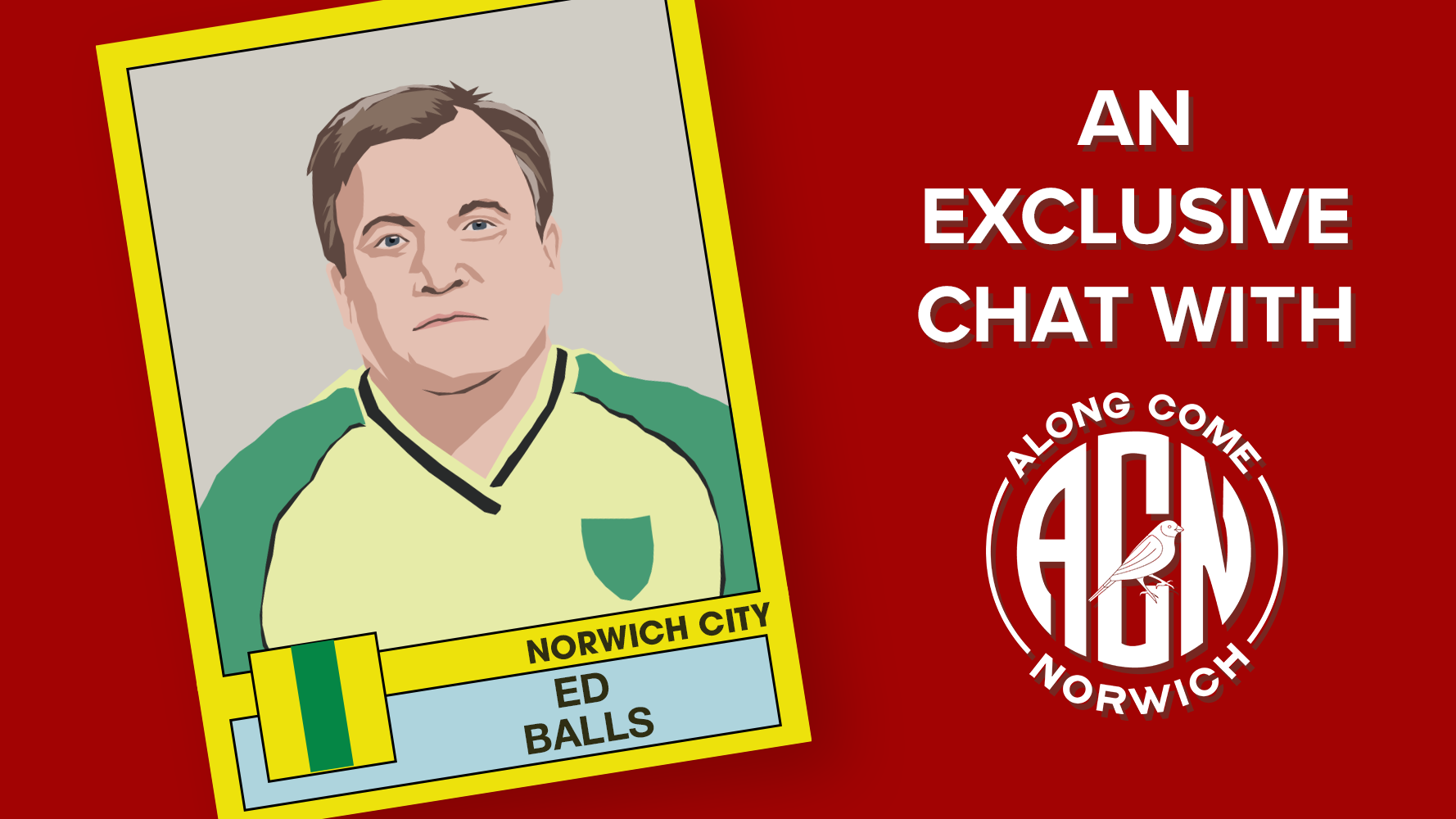 Tom and Jon are joined by former City Chairman Ed Balls to talk about his NCFC journey. Includes insight on the departures of Moxey, McNally and Maddison, installing a Sporting Director, hiring Webber and Farke, plus loads loads more.