Having beaten the Champions at Fortress Carrow Road, it’s time to welcome the Champions-Elect. It’s all set-up for a famous AlongComeNorwich show-stopper. Andrew Lawn chats to Host of Rival Recon on AnfieldIndexPro, Hari Sethi 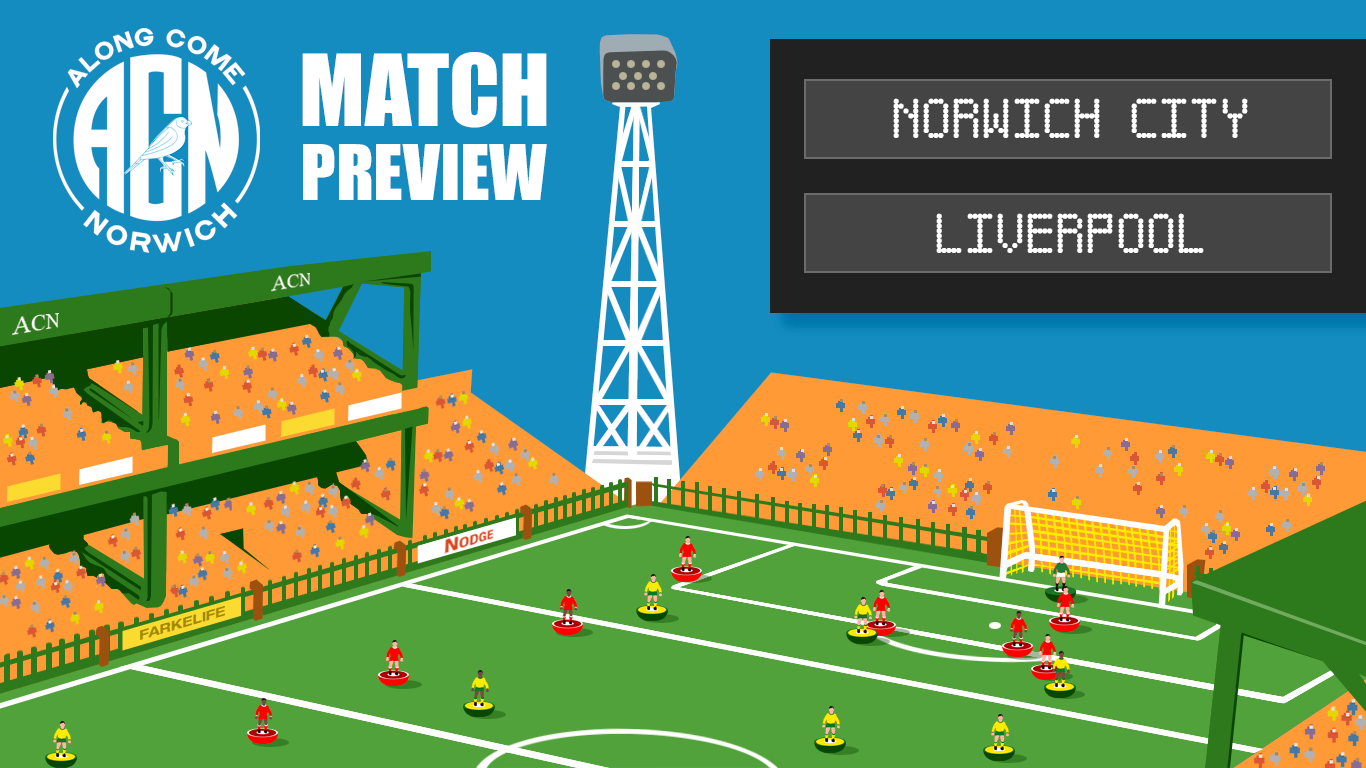 Andy - Let's start with the fact that you're basically Champions already, right?

Hari - Haha, I promised myself I wouldn’t get carried away unless we kept the form up until the end of January. Now we’ve done that and negotiated a tricky run of fixtures, I must admit I can’t see anything stopping this group.

My Liverpool supporting work colleague friend is only getting more nervous as the season goes on. First it was winning the league, then beating Forest's undefeated record, and now Arsenal's. It's amusing how much he hates matchdays at the top compared to my experience at the bottom.

How are you finding it? As enjoyable as you'd expect looking in from the outside, or as stressful as poor Adrian?

It’s a surreal experience at the moment, the number of records this team are breaking is hard to keep up with. Winning the league is obviously the priority above all else.

Truth be told I wasn’t too bothered about breaking The Invincibles’ record, but having heard some of the arguments that try to belittle this group’s performances, my petty side is slowly kicking in.

I’m not too stressed these days, I’ve been relieved ever since Jurgen joined the club as it was clear from day one that at the very least, everyone at the club was finally pushing in the same direction. It’s time to just enjoy the ride.

That's probably just as well, as we have a habit of ending other team's runs, good or bad; Along Come Norwich and all that.

I presume the expectation of everyone of a red persuasion is that Saturday will be a comfortable away win?

Whisper it, but there is just a slight whiff of confidence in our Fine City...

Jurgen’s done well to genuinely instil a ‘one game at a time’ mentality at the club.

I’m sure there will be a lot written about this group come the end of the season, but for me the one word that sums them up is humility. They rarely underestimate sides and are prepared to work for anything they get.

Us fans on the other hand... I’d suggest most of us are expecting an open game, given how the Anfield match went, but a comfortable win in the end.

What have you made of our season? The opening game kind of summed it up in many ways; played well, created (and missed) chances, before shooting ourselves in the foot and ultimately losing, but remaining everybody's friend

I was very impressed by the way in which you took the game to us at Anfield. It seemed clear that you’d be able to create chances against most teams, but I was surprised at just how porous you were at the back.

I suppose you needed a little more investment and balance in the squad this season. Still, it’s been great to watch Pukki and Buendia do their thing. I think your fullbacks have been particularly strong too.

Absolutely we will, he must be the best-loved coach of a cut-adrift-at-the-bottom team for many a season.

Back to Liverpool, would you rather win the title unbeaten and crash out of the Champions League in the next round, or take a guaranteed semi-final, but lose enough games to end up winning the league by only a point?

I’d take the unbeaten season. I know we always tend to do things the hard way, but I can’t be having us scraping the league by a point on the final day.

It would be nice for Man City to win the Champions League too right? Nice symmetry to that...

I mean, it’s definitely one of the main reasons Pep was brought in to City

But I’d rather win both if possible, personally I don’t think City are strong enough defensively to win it this season. PSG would run riot against that back four.

Looking further forward, where can Klopp go from here? Do you think he wants to create a dynasty?

It’s been interesting to watch Klopp adapt throughout his time at the club.

The perception of him as a man manager who could only play heavy metal football is surely in the bin after the past few years.

For a while now he’s focused on the long term, whether it be the decision to leave Melwood behind for Kirkby or empowering of staff like the highly rated Pep Lijnders who may well succeed him once he leaves.

His decision to extend his contract was partly explained by the fact prospective signings all asked the same question, “will Jurgen be there?” He ended that speculation and it’s fair to assume he’ll have his sights set on more silverware and spreading the winning culture from top to bottom across the club.

Everything can't be this rosy surely? Top of the league by miles, unbeaten in ages, kids trying to win the FA Cup on their own, new training ground, charismatic manager, a rejuvenated Kop... There must be something horrible happening somewhere?

Haha, I know what you mean. As football fans we’re always looking for the smallest issue with our sides and areas where there’s room for improvement, but things do seem pretty rosy across the board at the moment.

We’re just enjoying the ride and trying to make 'Mbappe 2020' a reality haha.

Just as long as you keep your hands off Emi. Let's finish with an ultra-specific prediction. I want goals, goalscorers, goalscoring methods, minutes and any miscellaneous Klopp losing his glasses shit...

Hmm, I doubt we’ll see as chaotic a game as the 5-4, but I’ll go with 3-1 to Liverpool. Salah to bag a brace and Keita to chip in too. Pukki or Cantwell grabbing a late consolation.

Klopp to escape Carrow Road with his frames intact, perhaps a few post match hugs for Emi too ;)

He is an absolute star in the making. But he's our star Jurgen, hands (literal and metaphorical) off.

The boys are joined by South American football analyst and City fan Adam Brandon. They quiz remarkably well, talk about man boobed celebrations and wonder if City can continue to play themselves into form.... 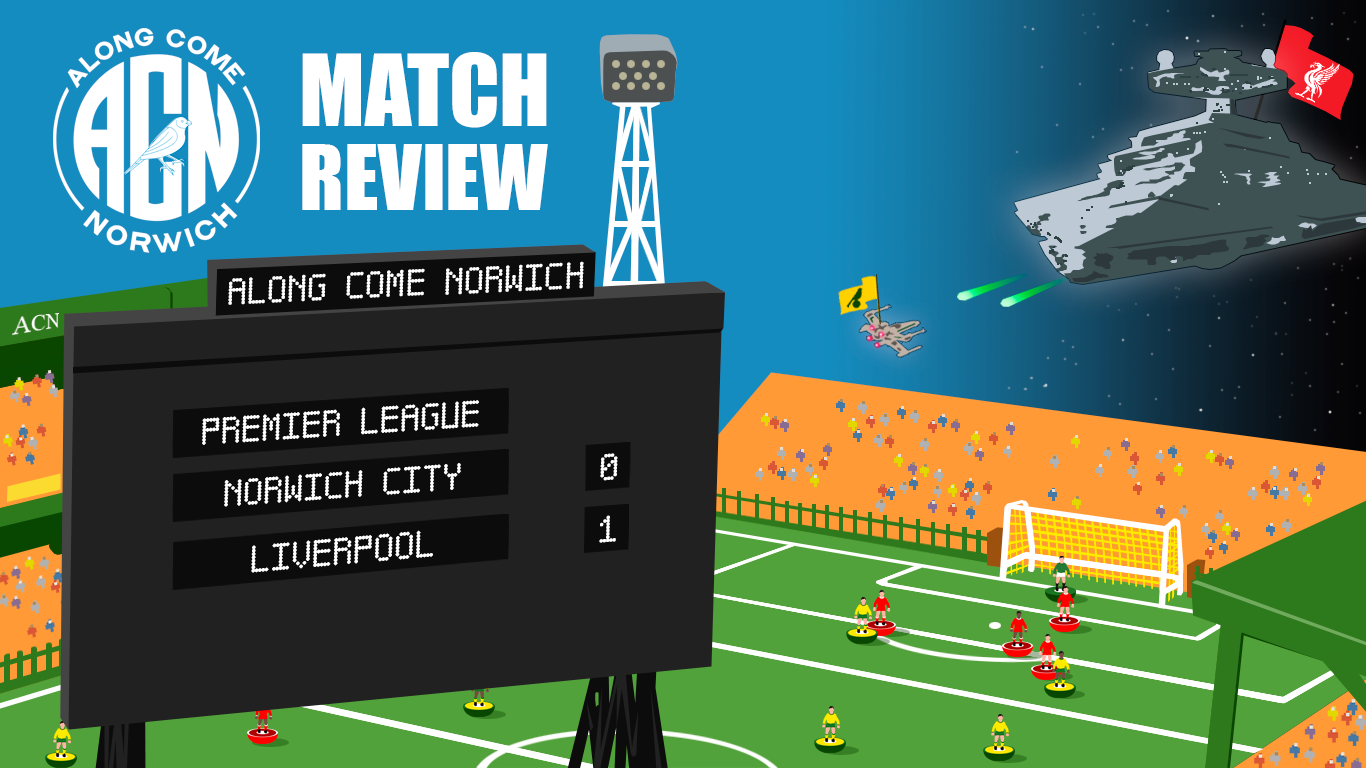 So near, so far away. Again. Jon Punt reviews another performance which saw City come up short, but left us with lots to be proud of.