LOCKDOWN, BUT WE’LL BE BACK

Nick Hayhoe on the words, on how we're all missing football and the solace that Carrow Road brings for many.... 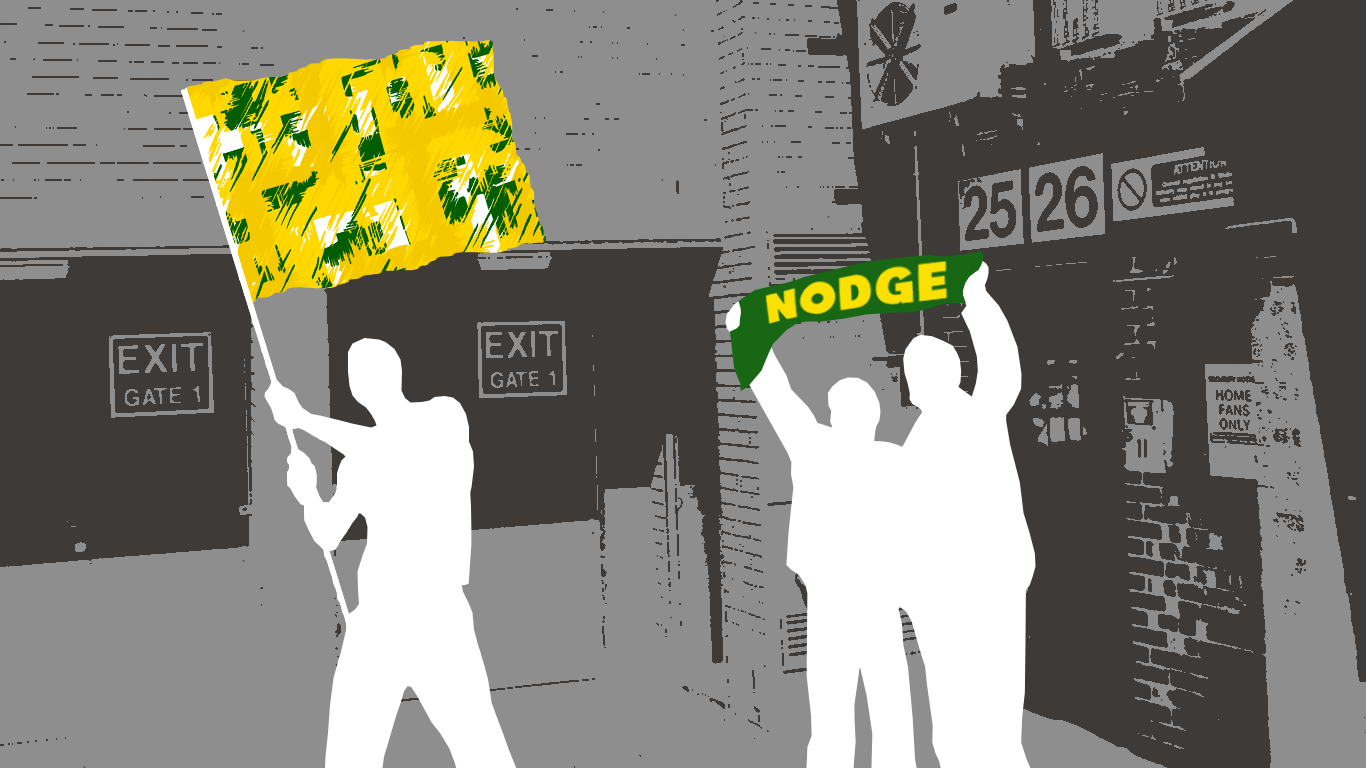 Shielding your eyes from the sun, the view of Carrow Road becomes distorted. The action difficult to see.

The sun is bright and warm. The most pleasant of spring afternoons. The atmosphere is loud and listing, chants roll around the Barclay. There are oohs and aahhs. Was that a great piece of skill down the wing? Oh yes, that was excellent. You applaud and sing and cheer.

Watch as the striker runs forward like a rocket and smashes past a desperately diving goalkeeper into the billowing net. The crowd, or more accurately, the crowd you are in, for you are part of it at all times, erupts into an elaborate jump and dance. Fists pumping and scarves waving. The most exciting of moments that anyone can experience in 10 seconds.

And yet, as the sun brightens too much now for you to see, like in an ever so slightly clichéd war or prison drama where the main character falls asleep and imagines themselves with a sweetheart eating a picnic or playing with their children on the beach, we must awake from this dream into what is, for now, the new reality of our current, time of anxiety, worry and uncertainty. We move from a bright orange to a grey filter. The current world, where the small joys in football are currently absent.

Our actual real Carrow Road, sits empty and quiet. The bars are empty, the gates locked. Ticket offices are closed, and the roads do not have the heaving crowd tramp upon them that would normally arrive on a match day. The burger vans, usually providing that fried onion smell that transports us to so many places in an instant, are shuttered. The pitch in its midseason form, sitting expectantly waiting for players that are not going to arrive.

An empty football stadium carries with it a discombobulating aura. For it is abandoned and unused, but shows no sign of decay or neglect. The green and yellow gate numbers still appear bright, the sponsor boards are still advertising. They are stuck in a stasis. Frozen in time. They are only there for the matchday where they come alive, and yet, right now, that will not appear. All of us, who use this place as our Saturday escape, are now denied its solace.

Wider too, there is nowhere else to turn. No game to half-watch in the background while having a beer in the pub with some friends. No amusing radio discussions with boxing referee Mark Chapman, delightfully exuberant Ian Wright and caricature grump Chris Sutton. No new points of discussion for your favourite podcast to wash the dishes by. TV desperately tries to fill the void with old matches, a commendable celebration of time’s past. Some turn to playing FIFA or Football Manager. But we all know, at the back of our minds, it’s just not the same.

This cancellation of sport has hit us with a shock and a jolt, right square between the eyes. For the very thing that is supposed to offer us the last refuge from the real world has, instead, been directly affected by it. Life is more important than football of course. But the anxious mind shelters in what is ultimately the unimportant, and that is why it becomes to mean so much to us. The palpable sense of longing to tune into a random game between Brentford and Nottingham Forest on a Saturday lunchtime just for those idle ten minutes while having a cup of coffee; the feeling of the scarf being draped around your neck as you head out of the door, eagerly scrolling through your phone after a win. It’s become almost impossible to bear. Many times a day I have caught myself performing my tic, of tapping to the sports section after scrolling through grim and depressing headlines, only to find the unimportant escapist headlines are not there. No match reports, no transfer rumours, no analysis.

It’s difficult not to despair.

You remember the kingfisher don’t you?

The kingfisher, that even during a moment of the most difficult of times, will still appear to land on its branch. That will catch your eye and make you stare and forget all that you were worrying, just as you thought all was overwhelming? Its colours flashing ethereal? Like I said in my previous reference to the kingfisher: away from work, for life in general, and the stresses that come with it, we use larger things than kingfishers to keep our stresses and worries at bay and to ensure us that, if they keep being there, everything will be alright. And this is it.

The kingfisher will be back. He always comes back.

Close your eyes and you can see, the day when football returns. The buzz of anticipation in the pub before kick off that only comes from a football crowd. The child excitedly asking the parent every single question while queuing at the turnstile. The smell of the programme as you give it a cursory read before kick off. The noise, guttural and primal, as the players walk back onto the pitch. The blinking of your red, misty, eyes as On The Ball City is sung yet again as it always has been in this place for over one hundred years. The sore throat from screaming after Norwich score at the Barclay end once again.

We all miss football dearly and we don’t know when football will be back.

But it will be. And when it does, like the kingfisher, its colours will be as dazzling as they always have been. To brighten our lives yet again. 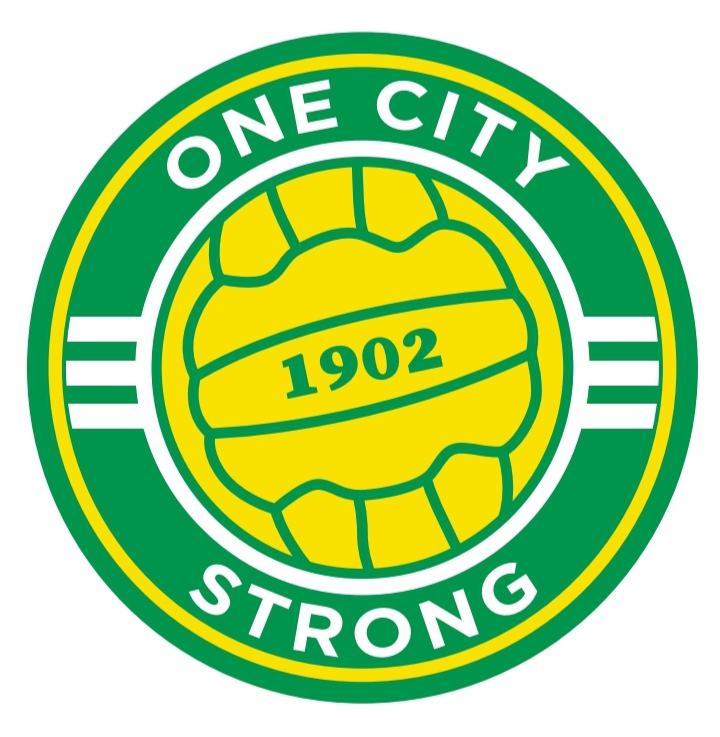 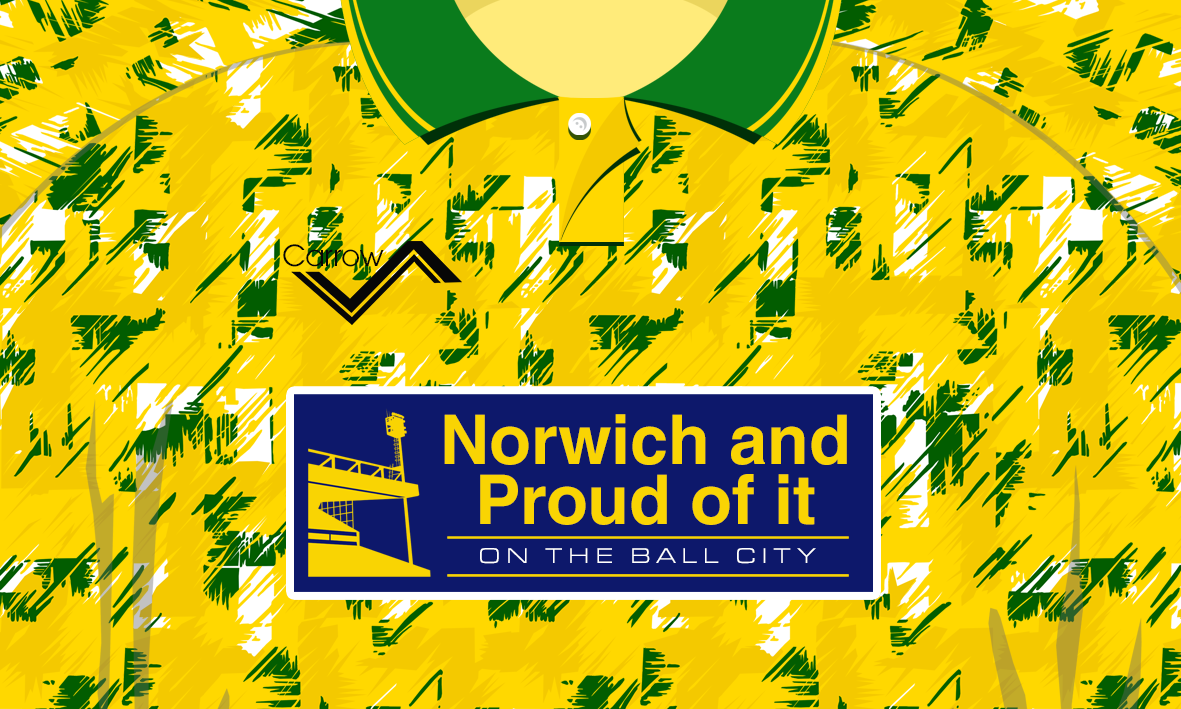 Parsley, Punt and Lawn talk about the only football related stuff they can, how to end the Premier League and EFL. As usual, they generally fail to find a consensus. Then they invite some regular listeners on, to take on the barely fact-checked ACN quiz.