City put on a performance full of Premier League class. Pukki, Godfrey, Cantwell, Leitner and Lewis excelled, so let Jon Punt tell you all about it..... 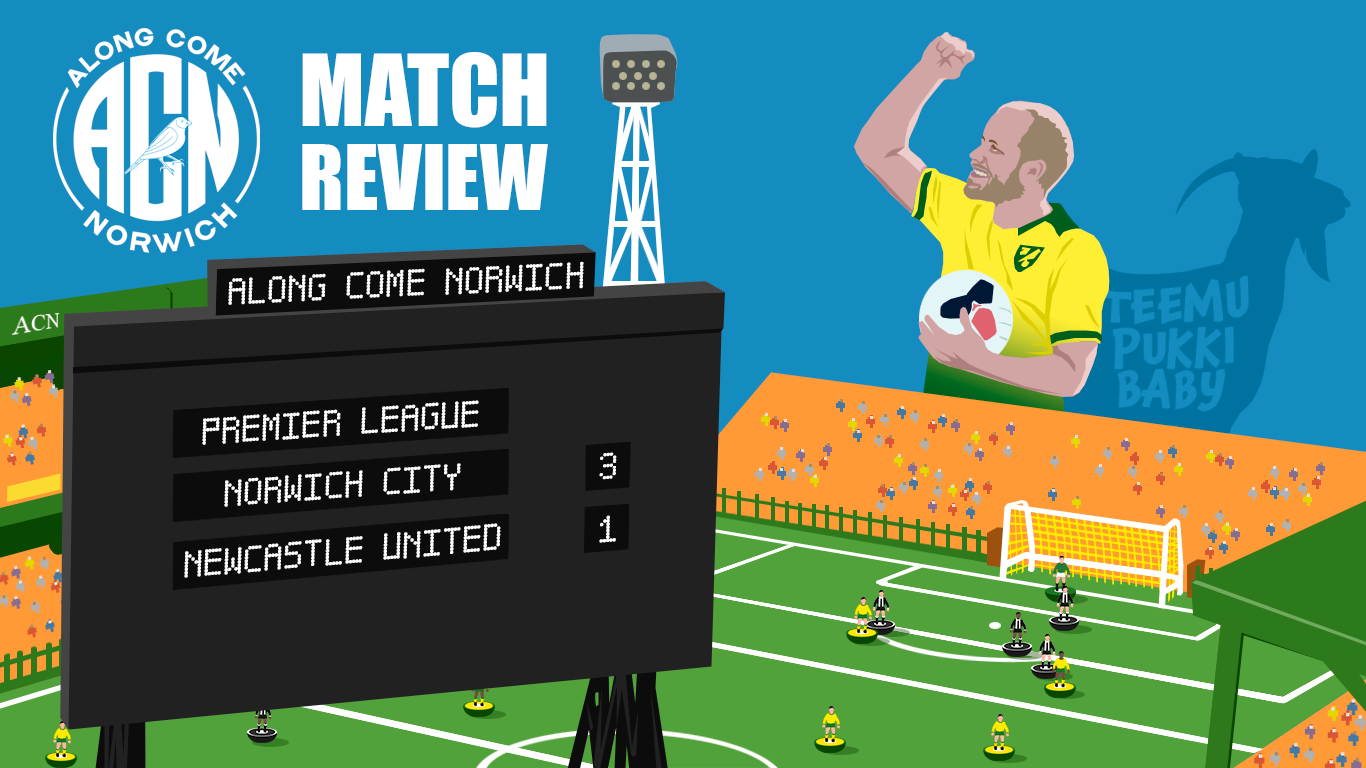 Take your pick here. Todd Cantwell was driving at the heart of the Newcastle defence, which the additional licence afforded to him by Daniel Farke has allowed him to do in his first two Premier League starts. Teemu Pukki, hat trick aside, worked tirelessly all match, at one point defending in his own half and clearing up the potential mess that may have been created from Grant Hanley’s heavy touch.

Mo Leitner oozed class throughout the 90, his purposeful and accurate passing allying well with the industrious Trybull.

However, on a day when City were at their attacking best, it’s probably prudent to pick a defensive performance for a random selection. Ben Godfrey might just have been down the athletics track during the summer, gaining an extra yard while he was at it. He regularly outstripped Joelinton for pace, at times giving him a significant headstart. Yet beyond his natural gifts, his composure on the ball and when the play was in front of him suggested Farke’s previous assertion that Godfrey has all the attributes to become a ‘world class defender’ might not be too wide of the mark. Not bad for a skinny lad plucked from York by McNasty.

For all City’s fine interchanging and attacking swagger, the opener came from a ball swung into the box and a forward in a rich vein of form slamming home from the bits and pieces. Describing it like that makes it sound scruffy though, and it certainly wasn’t. Pukki struck his volley as sweetly as anything he’s hit since playing in yellow and green. The keeper might have got a touch, but unless his hands were made of kevlar there was no stopping it. It was everything Norwich deserved after some scintillating forward playing in the opening exchanges.

21 degrees on a sunny August day? Definitely wear the merino wool jumper then Daniel. Oh and a light jacket. That man mustn’t perspire.

His mini reshuffle was probably enforced, with McLean’s minor knock meaning a full 90 may have been beyond him, but the midfield shape adopted and way in which his charges went about retaining possession and moving the Toon defence around was a joy to behold. This is all about the coaching, and it looks like it’s been further refined at Colney over the summer. Farkeball is Premier League worthy, sit back and enjoy it.

These are the games Norwich will need to win if they’re to be dining at the top table in 12 months times. To emerge victorious with such style, such composure, such dominance, it really goes to show there is nothing to fear from the sides who we expect to be in and around us come May.

This is a tiny one, and it’s been ably highlighted on social media in the immediate aftermath of the game, but those digiribbons are a bit galling. Not only do they rotate from dafabet red to dafabet yellow with annoying frequency, but they also don’t even inform fans of what is actually happening, which would be quite easy to fix (and hopefully will be). Substitutes’ names, goalscorers, the amount of added time signalled. All of this would be useful. Advertising and visual prompts that attempt to electroshock the City Stand into singing are slightly more redundant.

The Barclay was at its raucous best from the off, with an almost continual vocal backing throughout the match. It’s almost as if we all get it, we’re all on the same page, we all realise the players need us as much as we need them.

Considering there was a stunned silence from the visiting support, possibly at the footballing lesson being handed to their boys, the fact Norwich fans kept going is to be applauded.

Before all that, the flags looked splendid in the sunshine, and with an order in with our supplier to at least double the amount in the ground, Carrow Road is about to look even better. Thanks to everyone who has chipped in to make that happen.

Pukki was clinical, Jamal Lewis ploughed a fine lone furrow down the left, Leitner controlled the tempo and others grew into the game. As much as it’s almost inevitable that this season can’t be as much fun as the last, we’re doing our level best to ride the wave for as long as we can.

If City continue with the kind of verve and confidence they displayed yesterday, it could be another wild ride. Up the Nodge. 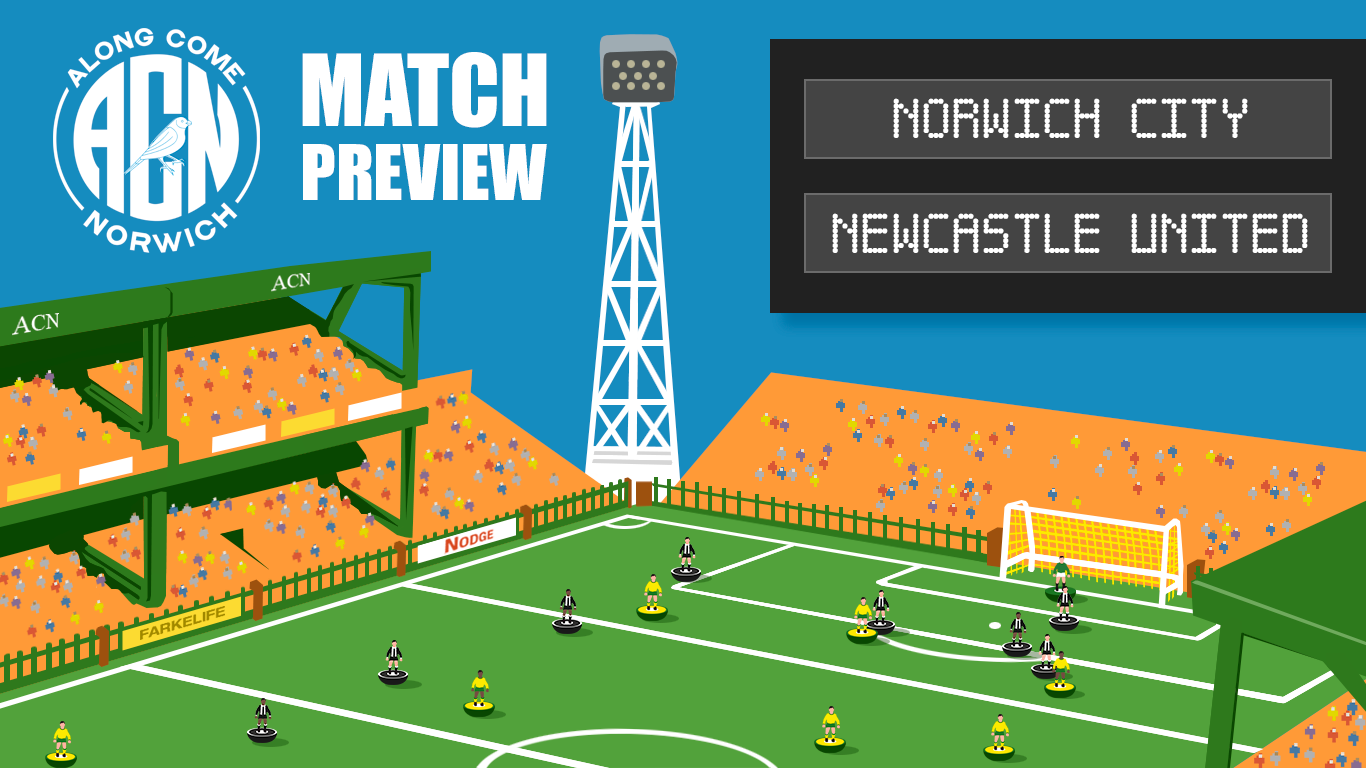 Andrew Lawn is joined by George Caulkin, who after 21 years covering Newcastle for The Times is joining The Athletic, to look ahead to City's Carrow Road return 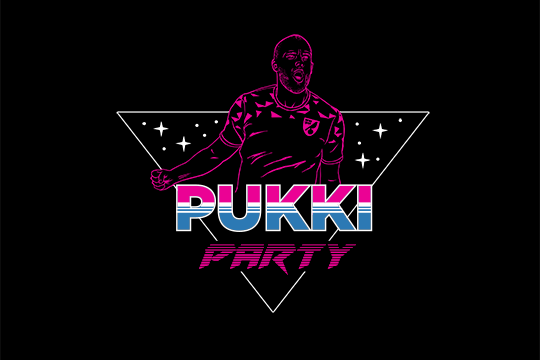 THE VOICE OF THE PUKKI PARTY

Teemu Pukki's goals have created quite the stir in his native Finland, helped by Mikko Innanen's iconic commentary. Matthew McGregor caught up with him for ACN to talk about the Pukki Party.....