More star performances than you can shake a stick at, 2 OGs from a former binman and a win without recording a shot on target and a party in the away end; it was an enjoyable night at the Carra for everyone. Well, everyone except David Stockade. Oh well. Andrew Lawn and Jon Punt on the words. 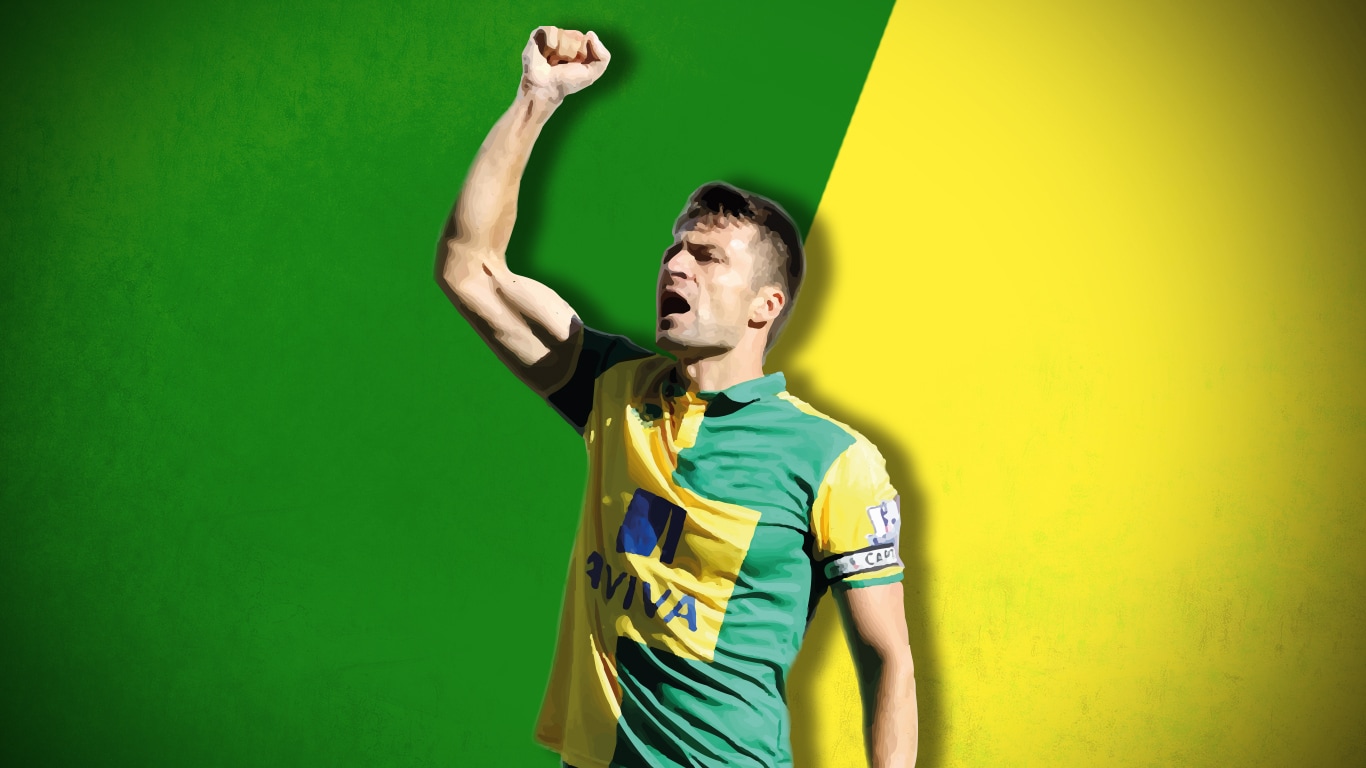 Random star performer
It would be easy here to pick David Stockdale. Ex-binner and 2 gloriously unfortunate OGs set-up what must have been a delightful second half for the boy.

It would be equally easy to pick young Alex Pritchard. Having trained under Ugo Ehigou at Spurs, it must have been a difficult evening for the Barclay’s newest hero. Coupled with Brighton’s inability to let his M25 turnaround go, it was not the easiest of stages to sparkle on and yet sparkle he did. His two strikes that clattered the frame and the boy Dave aside, Pritch pulled the strings with an endless array of sweet touches, faints and passes. He has done the unthinkable and replaced the unreplaceable. (we still love you Wes).

An honourable mention too for Captain Russ, who put in a dominating performance against Glenn Murray to mark his 300th game for the club.

Nope. In honour of the word “Random”, we’re giving it to someone we’d would gladly show the door this summer; Graham Dorrans. Rated by many fans, it’s difficult to understand the Dorrans clamour. He will always be one of the Brighton 6 who downed tools at the Amex. Too lightweight and too cautious with the ball at his feet normally, here he was bright and clearly riled up about something as he snapped into challenges and generally made a nuisance of himself, Steve Sidwelling Steve Sidwell. You’re not forgiven Graham, but you did ok here.

There was another though. The fans. We’ve taken a bit of stick on the site for regularly calling out supporters for not making noise, but this time the Norwich faithful deserve infinite credit. With the away support breaking into songs such as “Does she take it up the arse?” and “You’re going down on your sister…”it would have been easy for mob mentality and mild homophobia to creep into the City fans’ retorts. We didn’t, and those that tried were politely reminded we don’t need to. Well done you super lovely tolerant person. That’s right, we’re talking to YOU.

Moment of the match
The moment which riled Graham into his newly invigorating performance, his off the ball disagreement with Anthony Knockeart was pantomime football at its best.

As the ball made its way to Pritchard’s feet, Dorrans and Knockheart were indulging in a rather frank exchange of views. Interrupted by the cheer of the crowd and the ripple of the net, Dorrans finally glanced up and saw we had gone 1-0 ahead. Unable to resist, the Scot raised both arms in the air and screamed his new found joy in Knockeart’s tiny face. The little fella was not best pleased and this level of smugness and their resultant stag like head rutting was a further joy to behold.

Referee watch
Tim Robinson was a late replacement and according to the ever knowledgable Michael Bailey’s pre-game tweets, from West Sussex. You couldn’t have guessed.

That said, although seeming to play “no fouls” and failing to make any other decisions, despite quite a few being required, Mr Robinson got at least one penalty shout right. Dorrans got a big toe on the ball, before the Brighton player tumbled as the first half drew to a close. Then with half-time been and gone, Murphy turned his man inside out, before going under a Dunk challenge which could have gone either way. 2 decisions out of 107 right isn’t bad for officials at this level.

He has started every game during the brief Alan Irvine regime and that run should continue under Stuart Webber’s new Head Coach. The boy is a genius and at the heart of everything good we do.

Tie him up, lock him in a basement and tell everyone else he has the flu and can’t come out to play until next August. Wes 2.0. (We still love you Wes).

Weekly whinge
Minor gripe here, as Norwich have just brushed aside the champions elect, but to those morons in the bar who booed Alex Neil when appearing on the Sky cameras at half time, take a good hard look at yourselves. Neil gave you Wembley. Probably the best day of our Norwich supporting lives, unless you’re old enough to remember Milk Cup glories. He also remained the epitome of class and dignity both at the end of his tenure and in his recent comments given to BBC Scotland. He deserves better, while the end of his time with us was terrible, the blistering start is what will live long in Canary folklore.

Atmosphere rating
With the Brighton fans in party mood, the floodlights on and 45 minutes of Stockdale goading, it was louder and more vibrant than many that have gone before this campaign. “Stockdale’s on fire, your defence is terrified, Stockdale’s on fire” was particularly inspired.

However, next season the atmosphere must improve. As fans we play a huge role in how our team performs and can intimidate the opposition. When we are good we are very, very good and there is absolutely no reason at all we can’t do it week in, week out.

Summary
When the best thing you can say about your evening was that you ruined somebody else’s, it is slim pickings at the ‘reasons to be joyful’ buffet.

Only 2 games left in this slog of a season and another ‘what could have been’ moment as Norwich suddenly start to realise we can beat sides above us in the league. It’s been tough, its been emotional, but its nearly over. Get your voices ready for next term.

Canaries All Over The Word; Scotland And Skopje

The first instalment of our new series looking at Norwich City fan groups around the world. First up we begin close(ish) to home North of the Border with the Scottish Canaries, before spreading our wings and flying to meet Mark Knights in Skopje, Macedonia.

Jon Punt sat down for a one-on-one chat with new Sporting Director Stuart Webber. Stuart spoke at length about his thoughts on what he found at Colney, his plans for next season and the atmosphere at Carrow Road.