Another great result for City, albeit in slightly strange and potentially worrying circumstances. Here's Jon Punt reviewing whether Farke's charges could do it on a cold Tuesday night at Stoke..... 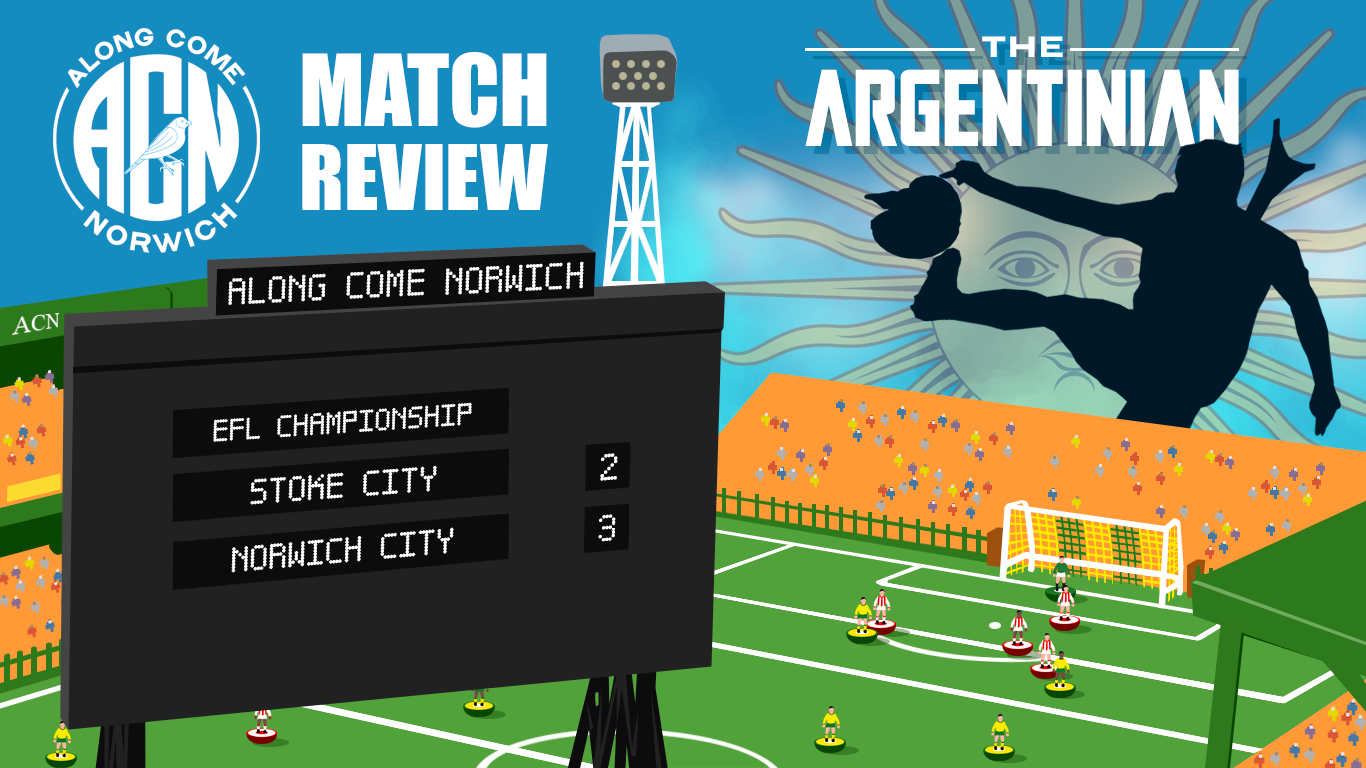 Norwich ground it out. They keep grinding it out, this time on a cold Tuesday night at Stoke.

This was a character building victory, suggestive that there may be no soft underbelly this time around. Approaching the 90 minute mark, it felt like there were shades of St James Park 2016/17. Norwich sat top of the league entering that fixture, yet their confidence seemed permanently dented after that injury time loss and Alex Neil never really recovered.

This was scrappy, and there was an element of luck after McGovern somehow got away with one for the disallowed goal, but Norwich keep finding a way. Say it quietly, but champions find a way.

Less of a moan, more of a concern. Before tonight, it was quite easy to make the argument that the injuries which were stacking up didn’t significantly affect the strength of City’s first choice eleven. The depth of the squad was looking like a masterstroke when many had claimed Farke would find it difficult to keep all his players happy.

However, should Tim Krul’s withdrawal be as serious as it initially looked, there might be some defensive difficulties ahead.

The backline is far shakier without the Dutchman, and their ability to beat the press is compromised too. With McGovern between the sticks, the keeper becomes less of a viable passing option unless we want the ball quickly lumped up to Stiepermann or Pukki. That’s not a great plan in the Championship.

This isn’t me digging out McGovern, he’s more than capable as a backup option, more highlighting just how vital to the cause City’s number 1 is. If Krul’s absence is for a few weeks as has been suggested, Norwich are going to need to find a slightly modified way of retaining possession, without a sweeper keeper.

Moment(s) of the match

So many moments in a match that was settled ultimately by Norwich’s quality in the final third.

It will be easy for many to point at Buendia’s poorly judged high foot as a real disciplinary issue, but this is a young man still learning and prior to his dismissal he’d pretty much won the game for his side with probably his best outing in a City shirt this year. The assist for Pukki’s sumptuous finish was as good as we’ve seen from the Argentine for some time, while there was also a real desire to help the team with his defensive duties.

Honourable mention for Stoke going full Crap 90s Football™ as Fletcher, Powell, Clucas and Campbell somehow contrived to waste a number of gilt edged chances all in the space of a few seconds during a penalty box melee. Scuffed shots, point blank headers saved, the bar being smashed when it was simpler to score, it was pure poetry and it’s a travesty it will have been captured in full HD/4K rather than the grainy VHS it should have been.

Farke handed Josh Martin a full league debut – which might not be far off for some more of City’s young guns – and the former Arsenal man fully justified his selection. Some clever interchanges with Buendia and Stiepermann, a neat turn and touch which set the move for Norwich’s opener in motion and a sublimely weighted pass for Pukki’s second all capped a fine night for the young man.

Beyond his initial selection, Farke was hamstrung to an extent given the volume of injuies, and was subsequently unable to really make much of an impact with his subs as the extra man meant Stoke could overload in wide areas and continue to fire crosses into City’s box.

The evergreen Alex Tettey slotted seamlessly into the engine room and made a number of timely interventions which demonstrated he will continue to play a significant enough role this season. Even if it’s just deputising for the more industrious Rupp and Skipp when they need a rest, Tettey is just the type of seasoned professional you’d want to steady the ship as and when required.

I’ve mentioned it before, but after a few seasons of being coached by Farke, his passing range and ability to play in tighter pockets of space has also significantly improved. Go on, give the man another year, the Tetts-timonial is so close and I don’t want to say goodbye to the best smile Norwich has ever seen just yet.

Two tough away assignments, six points heading back to Carrow Road. On the face of things, everything looks rosy. Whether Norwich can sustain this kind of form however might depend on the ability of the physios to continue to patch up a few of the walking wounded, and for the workload of others to be carefully managed.

Plenty to be positive however. City’s ability to create chances quickly after they’ve turned the ball over is a real plus, Buendia is playing himself into the form of 2018/19 and a proper gap has started to emerge to seventh. Not quite HMS PTL territory, but Norwich are better placed after nearly a quarter of the season than most people would have hoped for.

While you’re here. We have loads of great merch on sale at the moment including scarves, t-shirts, badges and mugs, with all the profits going straight into ACN projects. Click here to have a look at the range. We also just released the latest edition of our print fanzine, with all original content that can’t be found anywhere else and an array of fabulous writing. 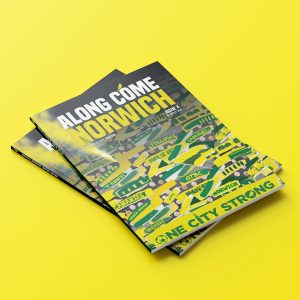 Jon & Tom chat TOP OF THE TABLE NCFC, what a pair of back to back wins. A fair few injuries and goodness knows what's in store whilst we wait for everyone to get back. A little extra in between guests to keep you warm now the weather's turned. Enjoy.