The ACN Match Review – Blackpool (a)

Another match, another win that brings less jubilation than it should. Matthew McGregor sifts through the afternoon’s events for anything that glints in whatever remains of the day’s dwindling light. 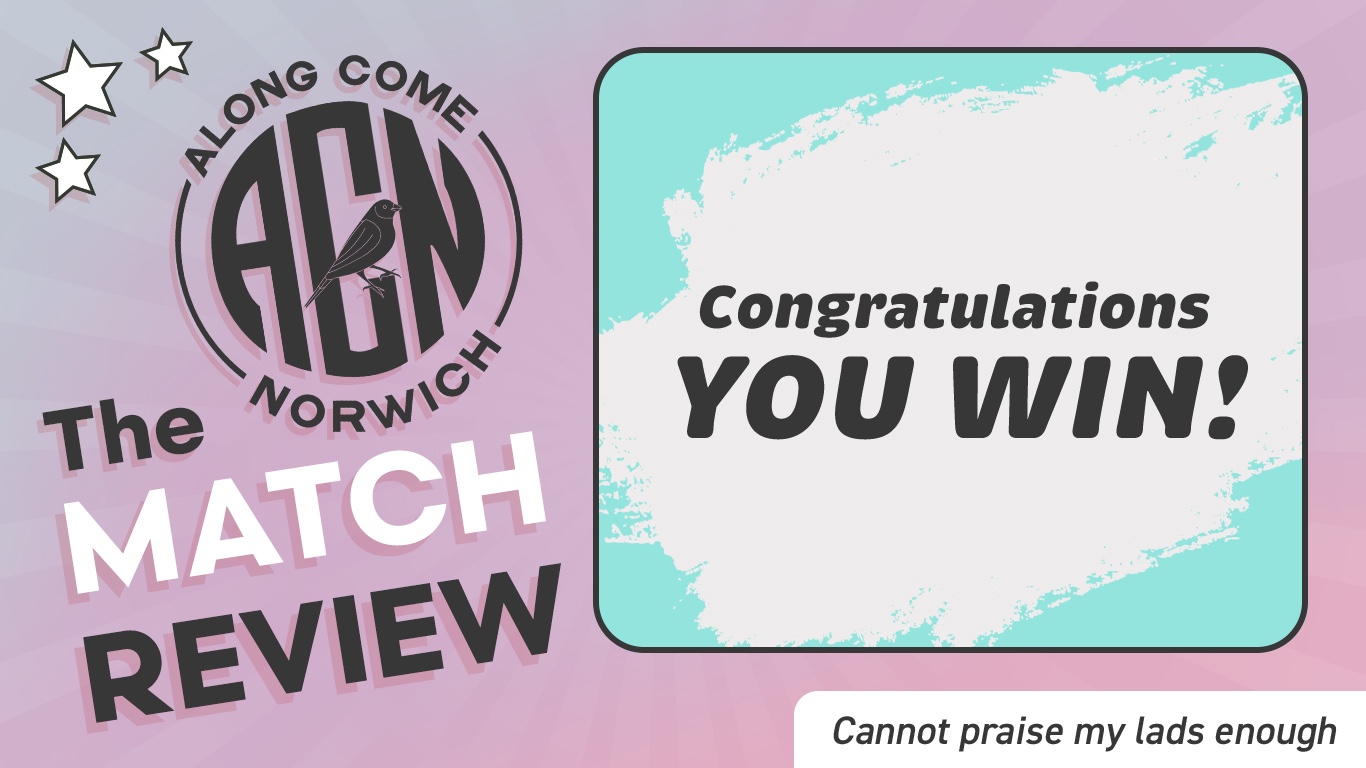 It looked and sounded magnificent on the TV, and judging by the gushing reports from the likea of Chris Goreham and the Pink ‘Un team who seemed to have been sat amongst the Yellow Army it was a good one. I was, unfortunately not with them, despite having tickets and looking forward to this one for months – train strikes and a lack of driver’s license did for me. The scenes at the end of the game – not a classic – where the players were seranaded for a long time by a rousing rendition of ‘Since I Was Young’, enhanced by the presence of The Good Drummer, were pretty impressive.

I am one of those fans who feel in a bit of a funk at the moment, and every time a lineup is tweeted out, I feel disappointed – like it’s not the best 11 we have. Every game. I just don’t know what I’m hoping for, and sometimes it seems like Deany and Shakes aren’t sure of the best line up either.

Sara is doing the hokey cokey, Cantwell didn’t even make the bench, and Sargent is only on the pitch because he was so great in a position that he’s not now being played in. It felt, for large patches of the game, as if the team is less than the sum of its parts. Luckily, the parts still add up to something better than the teams we’re facing at the moment.

I can’t be alone in getting a little choked up at the appearance of Wesley Hoolahan at half-time. What a legend.

I’ve been to see Norwich play all over the country, but never Blackpool so I was really, really looking forward to this trip. The rail strike put paid to that. Football is important to anyone reading this. It’s what makes any grind or trouble in the rest of our lives worthwhile. Something to look forward to, enjoy and hold onto afterwards. Missing the game was really gutting.

But football is not the be all and end all. The strikes are happening because greedy bosses won’t pay their workers a decent wage or treat them with the dignity they earn with their labour. I lost out today – but if the unions don’t win this fight their members will lose a lot, lot more. Solidarity with the RMT, TSSA and ASLEF and to everyone fighting for a decent crack in these tough times.

Marcelino Núñez is the man this country and team needs so much right now. Yes he is very good at football, but that’s not it – he is pure joy bottled up in a tiny man. Simply watching him play, watching him marvel at the scenes around him, is enough to brighten anyone’s day. In these increasingly dark and gloomy, times, he throws some shards of light over our days. For that alone, I am very grateful to the wee fella.

On this week’s ACN podcast, I optimistically predicted sixteen points from the eight October matches. I am not feeling quite so optimistic that we’ll take all three off Watford and Reading after today, let alone Sheff U and Burnley. Another game, another patchy on/off display of total dominance for 10 minutes followed by dishevelled messiness in the next ten. We’re as good as any team in this league when we play even close to our best. We’ll need to play more consistently well throughout a game if we’re going to get close to another thirteen points this month. But for today, it was job done.

Tom and Jon are joined by Clare Thomas and Matthew McGregor to talk about why it all feels a bit meh, see what October holds and give the usual incorrect predictions....

The ACN Match Review - Reading (a)

Drum wars, the dreaded shuttle bus and oh yeah, us doing that thing we do, again. Ffion Thomas reports back on a not-unpleasant evening Out West.