The ACN Match Review – Reading (a)

Drum wars, the dreaded shuttle bus and oh yeah, us doing that thing we do, again. Ffion Thomas reports back on a not-unpleasant evening Out West. 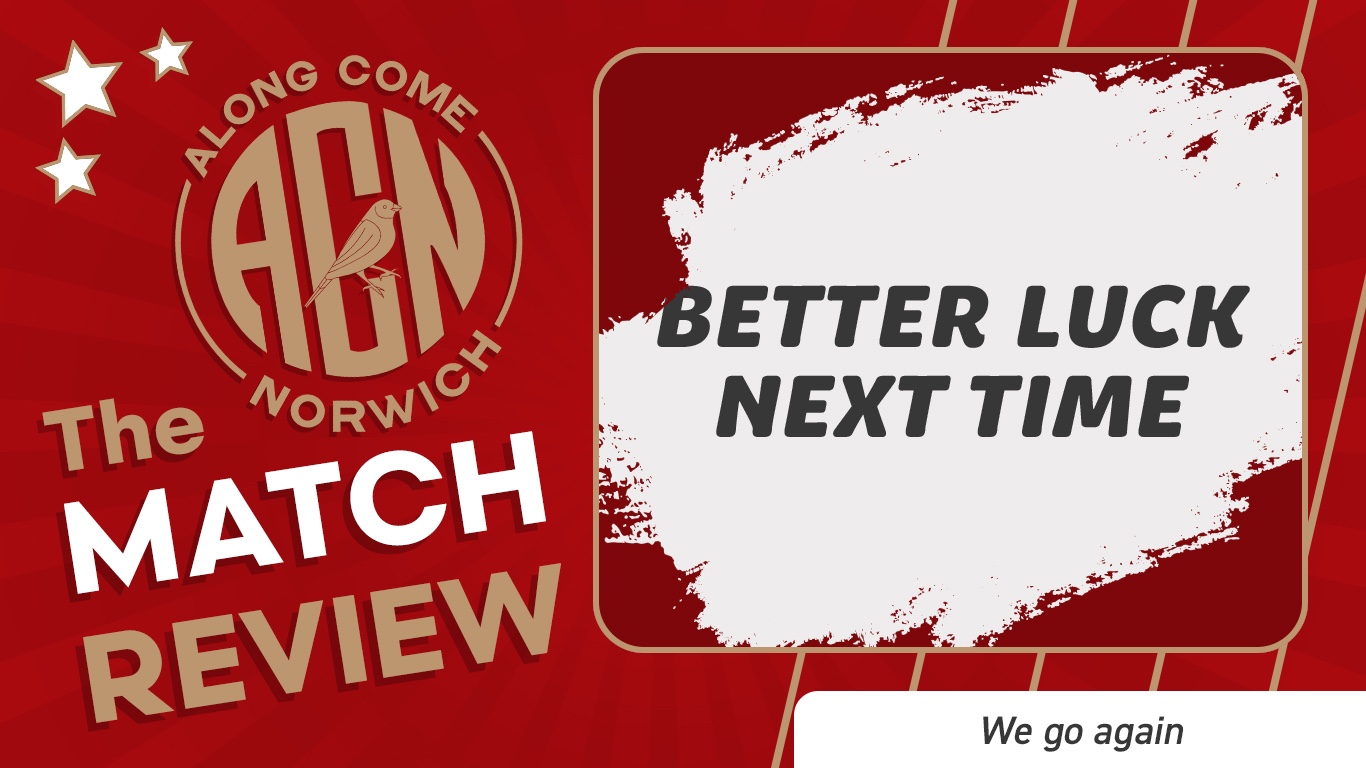 The South Stand behind the goal was bouncing – half Reading, half Norwich, both sides close to full capacity and each equipped with a drum, at times both banging out the same song so both sets of fans could claim we were being the loudest. Certainly the best home atmosphere I’ve experienced on several visits to this stadium – credit to Reading for managing to get their noisy (and notably youthful) fans together in one area. The other three sides were much more subdued and sparsely populated with an attendance of 11,978, not that that made it any easier to get away from the ground at full-time. £22 for an adult ticket is refreshing in this league and it would have been even less had Norwich agreed to Reading’s proposed £20 reciprocal away ticket arrangement.

Josh Sargent’s workrate and hold-up play on the right can’t be faulted, but though it’s a headache to fit both him and Pukki in centrally it would surely play much more to both their strengths.

Grant Hanley’s smart finish at the back post means we’ve now had league goals from all across the defence, with Omobamidele, Byram and Aarons also contributing. Our performances may not be setting the world alight but the goals are being spread around the team, relieving a bit of the pressure on Pukki’s shoulders.

Getting home at ten to one in the morning from a match 40 miles away that had finished three hours earlier, mostly due to the long wait to get on a bus back to the station and the crawling traffic it then formed part of. Anyone who suggests that we should ever leave Carrow Road for an out-of-town stadium must first experience the horror of the midweek Reading shuttle bus.

Great to see Liam Gibbs back in the starting line-up and he was probably our standout player, advancing us up the pitch more than anyone and rarely losing the ball.

A second v third game that was not a great advert for the top of the Championship but both teams were worth their point; Reading were well organised and will rue only scoring once after creating a decent number of chances, while we improved in the second half and can consider it a good away result.

It was still a tough watch in the knowledge we are capable of a much better performance, as Dean Smith acknowledged himself after the match. Preston’s formidable defence means Saturday feels like one of those games where frustration could build in the crowd quickly so a bit less ponderousness in possession would go down well, because we have a squad that is more than capable of taking that approach to the game.

The ACN Match Review - Blackpool (a)

Another match, another win that brings less jubilation than it should. Matthew McGregor sifts through the afternoon’s events for anything that glints in whatever remains of the day’s dwindling light.

We were looking for a goal and then we found a goal - but heaven knows we’re miserable now. Paul Buller reports back from today’s frustrations.