We won! And WITH GUSTO. Matthew McGregor wonders what this strange feeling is, and how everything managed to turn around so fast. 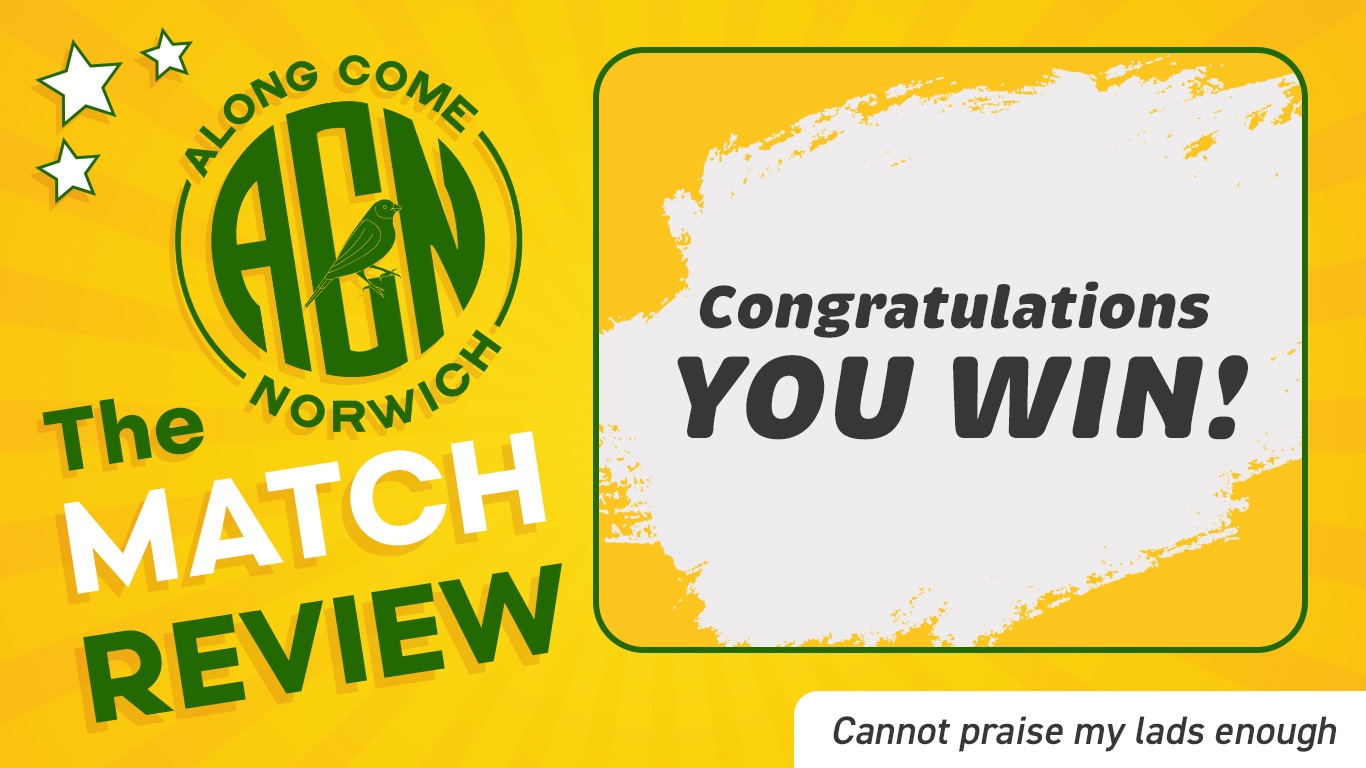 There’s nothing like a win is there? And not just a win; a sublime win, with lovely goals on a lovely away day, with a lovely new manager who wants to play on the grass and talk about topics.

“Name me one team that has been successful without support from the stands,” Wagner asked before the game. We didn’t have a drum at Preston but we did have a manager who likes us, a team who played for us, and a thousand fans who trekked all the way to Lancashire and the atmosphere was there in spades.

When was the last time you could hear E I E I E I O up the football league we go loud enough for it to be picked up on the Radio Norfolk broadcast? Exactly. There have been better away days than this one but they were a long, long time ago.

I’m not ashamed – I was confused before kick off and I don’t think I was alone. But it seems churlish to argue now.

There were questions asked at 2pm about Gunn being dropped for Krul. In the first half, Preston didn’t challenge the City goal enough to give Tim much of a chance to give good answers and some a couple of hair-raising/slapstick moments meant it seemed like a strange decision. But a couple of big second-half saves showed what he has about him. Still seems harsh on Angus if you ask me.

But otherwise, what is there to say? This was not a dramatically different team than Deany tried to marshal. But coached differently, set up differently and seemingly with a new motivation to play, it just went off. Dowell was like a new signing. Dimi and Max played with boldness. One local reporter tweeted that PNE fans – those who were left – clapped Pukki off the field.

Basically, although the line up was just tweaked, the team was completely different.

Wagner’s at the wheel and hooooooo boy does that feel good. Like we’ve been purged of the toxins that have been bringing us all down. “Dean Smith, your football was shit,” sang the City fans on the concourse at half time. Deany has been and gone and I hope we can all move on now, but you can hardly blame fans who have been subject to dross and told to shut up and enjoy it for too long. The real hurrah was the line-up of players applauding the away support at full time, pushed into place by a head coach determined to ensure the fans are recognised and appreciated.

Norwich fans singing about Andrew Omobamidele’s penis: you’re probably trying to be complementary but it’s really important we all know three things. Firstly, the song and gesture behind it is racist. Take a read of this if you don’t believe me. Secondly, singing about a person’s genitalia in public is just odd and weird. Thirdly, the players subject to this sort of song don’t like it. See here and here by way of example. Let’s just not.

Have you ever eaten a Butter Pie? They are a speciality in this part of the world. A pie filled with buttery mashed potato. It is nothing short of heroic. Kenny McClean played well too for whatever that’s worth.

Remember attractive, winning football, overseen by a likeable coach who showed how much he valued the fans? It’s been a long time but, for today at least, it is back.

Jon and Tom react to the news that Wagner and Buhler are joining Norwich City as head coach and assistant (probably). We look at the pros and cons and consider whether the bigger problem than getting up will be recruiting the right players to stay in the Premier League

Ffion joins the boys to relive an incredible league debut for Wagner at Deepdale on Saturday. There's the preview of the Coventry game and some listener questions thrown in as always.