A point. Nick Hayhoe ruminates upon the second match of the season, the new faces it showcased and the welcome appearance of an undisputed winner on the pitch (thanks for swinging by, Lauren). 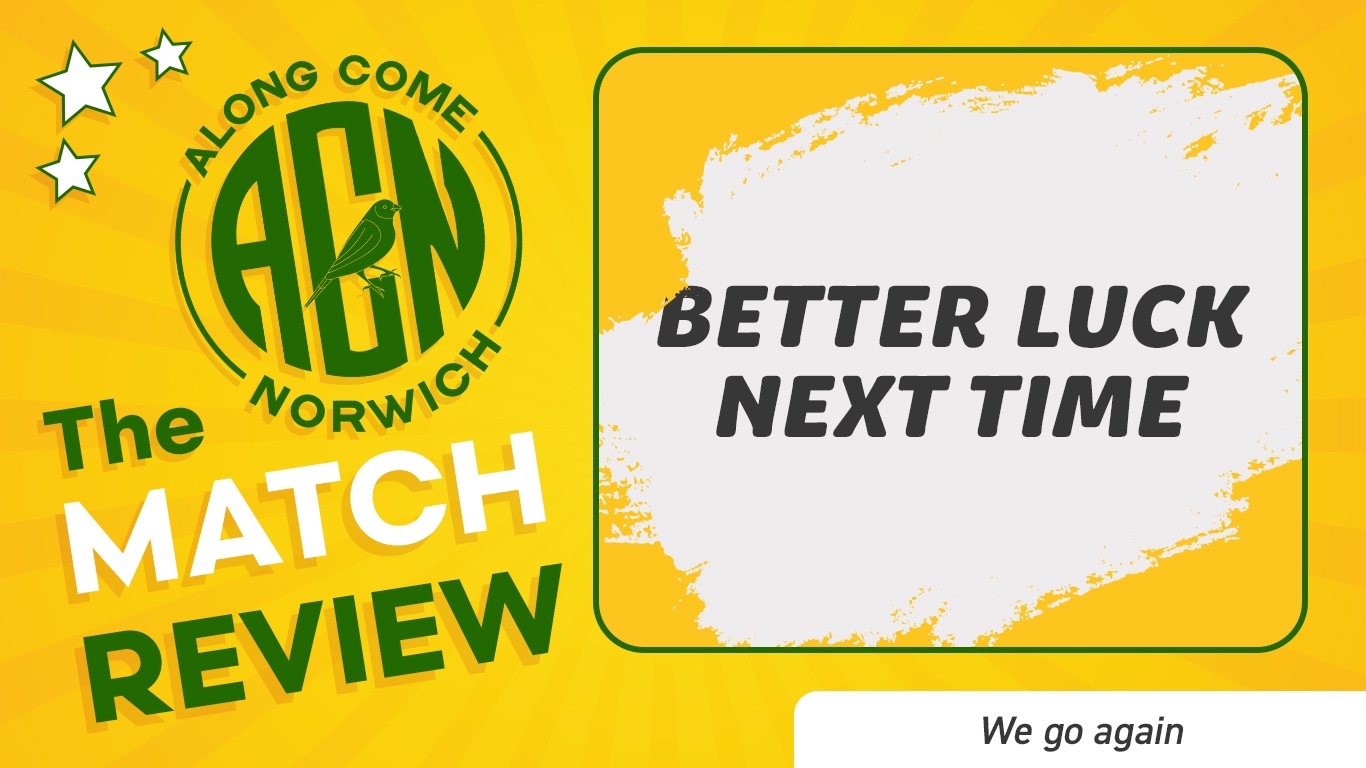 A great collection of yoof and old hands where my only eyebrow raise was Gibson receiving the armband – something that I thought woud have gone to Krul or, judging by his actual leadership during the game, Aarons.

El niño, Marcelino, was thrown straight into the midfield and, for 20 glorious minutes, looked like he could have been the mysterious “missing link” that many have been saying is all Smith needs to turn us into something great again. If only football was that simple.

Was pretty good up until Wigan scored, despite the lunchtime kick-off. Nice and hearty, 9 scrimmages out of 10, On The Ball City and was generally far better than I expected considering my own internal ennui hangover from last season.

The Wigan goal was the start of much chuntering, but that was deserved. Moaning at the football is one of life’s great releases so I am not going to be critical of anyone complaining about things going badly

Our gul Hemp making her way onto the pitch pre-kick off and bringing the house down. The campaign to get Norwich City Women playing games at Carrow Road starts here.

A horror show from Ben Gibson gifted Wigan their opener after what had been a sizzling start that made everything look wonderful for all of our futures ahead. It baffles me that, in the ultra-professional world of modern football where even non-league sides have taken high performance coaching to the next level, psychology still swings games in the way it happened here and is also good example as to why I (a mere mortal) never will fully trust analytical decision making within football.

I won’t mention the penalty shouts because it’ll only make us angry all over again. Let’s grab a slice of cake and have a nice hot drink instead.

Maximillian Aarons looks a cut above at this level and, if we still manage to hold onto him (window doesn’t, ugh, end until the end of this month) then he’ll almost certainly be in the Championship Team of the Season at the end of the year.

Norwich City have won only one competitive football match since 21 January. That’s 200 days of of only being able to dine out on a 2-0 home win against Burnley to bring comfort. No matter what we looked like in that time, still not being able to win football matches will be a too big concern with regards to Dean Smith to not be ignored sooner or later. It may be extremely early in the season, but if we don’t win against either Hull, Huddersfield or Millwall then my last tiny scrap of patience will be gone entirely and you’ll get a long ACN rant from me calling for him to go. And no one wants to see that.

Please can we just do a win? Please?!

Marcelino Núñez is Chilean football expert Adam Brandon's favourite player, and Norwich City have signed him, so here's a podcast where we ask Adam Brandon why we should all be so excited. We also review the Cardiff disappointment and make some guarantees for the upcoming Wigan game.

What's Going On With The Flags Buh?

Saturday’s match prompted a few cries of 'where are the flags lads?' so here's Maddie Mackenzie to tell you all about it....