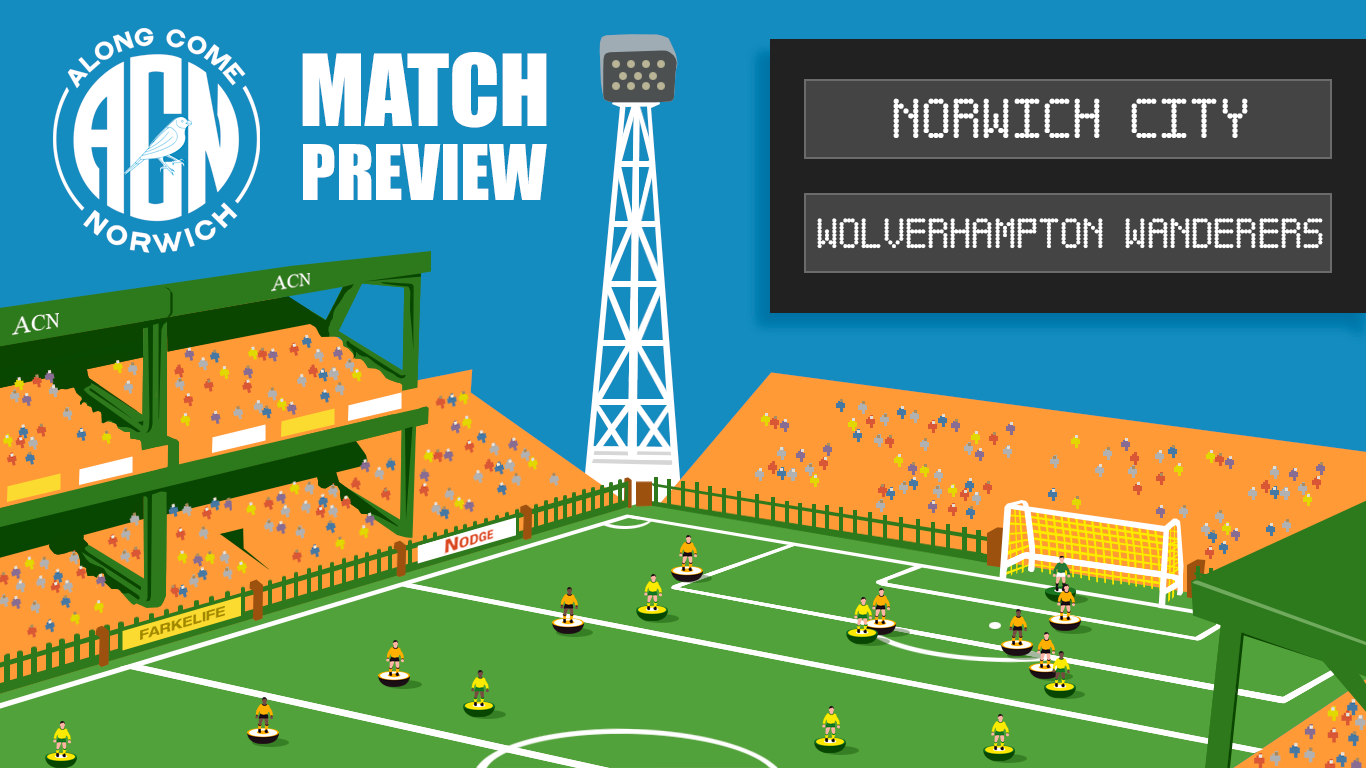 First up, cards on the table, we don’t like Wolves very much, mainly down to Kevin Muscat. I presume the animosity is very much one way?

Ha. I’d probably agree with that. I know Wolves fans normally wind up Norwich fans on match day but on the build up to the game or in conversation Norwich are never really a team Wolves fans have anything bad to say about.

It’s bit of a shame really, because who doesn’t like an atmosphere tingling with vitriol? Without the loathing going both ways, it’s very difficult to maintain that, so in a bid to enliven it slightly, remember when we beat you in that play-off semi-final? If memory serves, it was the season you threw away a huge lead and handed West Brom your automatic promotion place? Boing boing Baggies, signs in the stands reading “You’ve let us down. Again” and all that…

Luckily, I’m a tad too young to remember that season (honest!)

Ha. Then we have nothing to annoy you with, so you’ll have to keep liking us.

Grudgingly, Nuno is getting a really likeable team going at Molineux these days. From dropping into League One, you must be in dreamland?

Yeah, it’s surreal at the moment. From League One to Europa League knockout stages in five years. We’re doing so well and showing no signs of slowing down at the moment

Obviously, you splashed the cash a bit to romp away in the Championship, but as we have seen so many times; money doesn’t = guaranteed success, so what other secrets have there been to your rise?

Yeah exactly, a lot of people point at the money we’ve spent but others have spent more with zero success.

Nuno makes sure his players work hard and are extremely disciplined. I think that’s key and every signing is with the squad in mind, so we’re signing the right players for style and environment.

Taking everything you have just said about team ethic and everyone working for the collective; who is the star?

Really difficult to pinpoint one player as everyone offers so much to the squad. Saying that, Joao Moutinho is unbelievable. He could play for any team in the world, honestly.

What about weak links? You’d do well to find a Norwich fan with a bad word to say about John Ruddy. Ryan (“Oh look, I let the ball go over my head and there’s an attacking player right behind me to nod it in”) Bennett though…

Bennett’s surprisingly been really decent since we signed him. He’s struggled to get into the setup recently but Ruddy is a player who I expect to leave this summer, too error prone.

In terms of weak links, there aren’t really any glaring areas of our team which you can exploit. They only thing that I can say it that when under pressure our defence can be a little bit shaky. Since the injury of Willy Boly, we’ve coped well with a back 3 of Saiss, Coady and Dendoncker but at times they can look all over the place, mainly due to their lack of game time together.

You’re safely into the Europa League knockouts, a tournament I personally believe to be more exciting than the Champions League for the diversity of the teams involved, but where does it sit on a list of your priorities?

I think it’s pretty high on the priorities. Now we’re in the knockout stages I expect us to invest quite heavily in January to strengthen the squad for both the Europa League and Premier League. I think all Wolves fans are delighted with how well we’re doing in both competitions.

There’s still plenty of cash in the bank then? What would a successful season look like from here? European qualification for next season a minimum?

Yes, still cash in the bank as long as the player is correct.

I think they’d love European qualification again, but it wouldn’t be a failure if we didn’t. A strong league finish and decent Europa League finish would be seen as a success.

On to Norwich, what have you made of our season so far?

Been a strange one for you guys so far. Seen some great performances but results aren’t quite going your way. Based on some performances and if Pukki keeps firing, you guys should be OK.

Potentially. We have given ourselves a bit to do, but now we have a fairly fit team back, we’re improving. A bit.

I always go with this scoreline so I’m going to say 2-1 Wolves. Jimenez and Jota to score for Wolves, Jimenez via a penalty. Cantwell for Norwich, as he’s in my Fantasy Premier League that’d give me some points…

It feels like a safe bet, especially both teams to score. Plus, VAR loves awarding penalties against us, even if there is no foul, not that I’m mad about it. I’ll go 3-2 because we have to win at home again at some point. Don’t we? 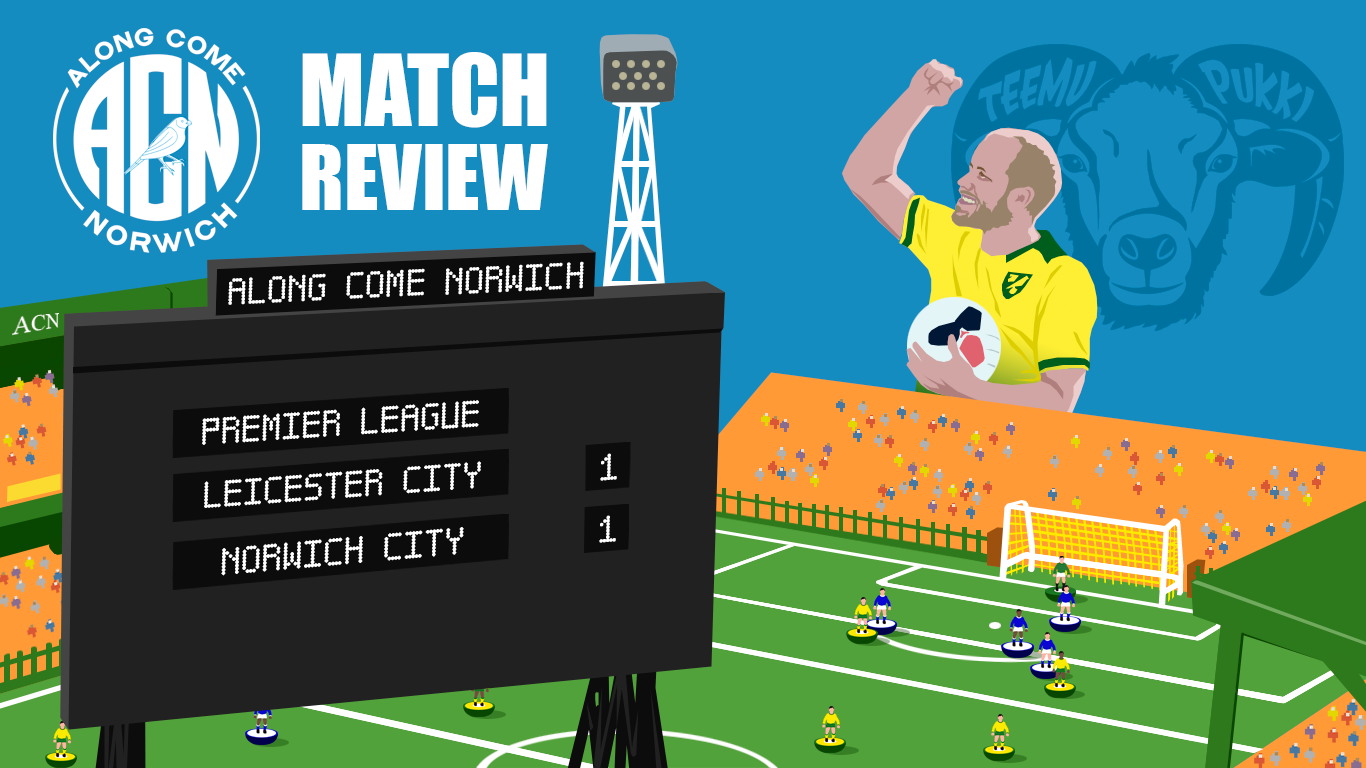 LEICESTER (A) – THE REVIEW

Jamie Vardy has scored for 1243 consecutive games? Leicester on a 524 match winning streak? Well Along Come Norwich. Here's Matthew McGregor to tell you all about his enjoyable away day... 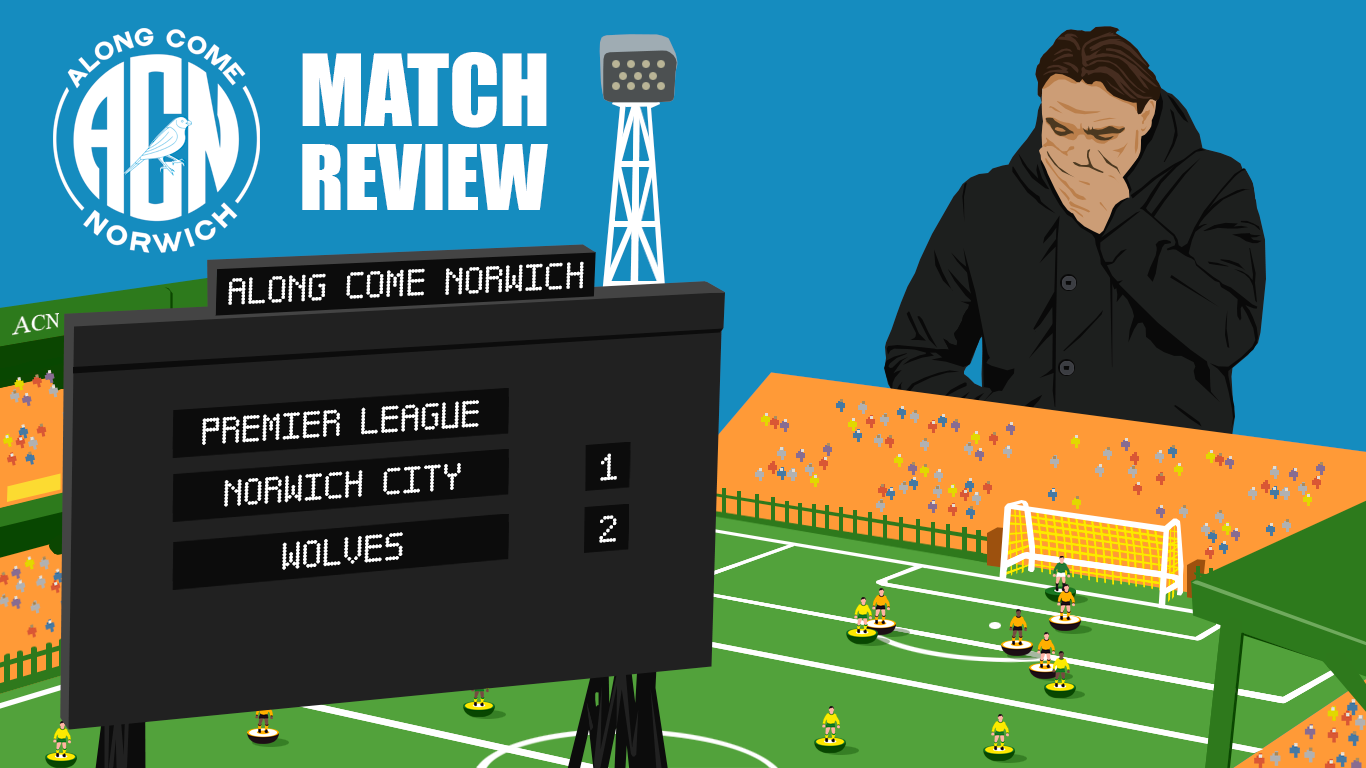