The ACN Match Review – Birmingham (a)

A Tuesday night in the second city only a few hours away in a coach? A perfect evening for Terri Westgate, kind of...... 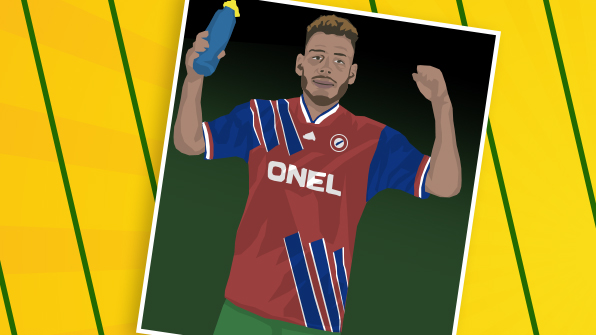 It was a half empty stadium, and there was hardly a peep from the home crowd until they scored. The library atmosphere made it hard work for the Norwich fans to get songs going. The stadium had emptied even further by the time the late winner caused limbs in the away end. 4/10

When the teams were announced I thought we had a strong bench, and we certainly took advantage of the new rule allowing five substitutes. The changes to personnel had the desired effect, and no one was more fired up to impress than a young lad from Cuba who had spent half a season on loan to the Blues of Birmingham.

A few raised eyebrows at Ramsey’s inclusion, whilst the likes of Cantwell & Hernández missed out. Liam Gibbs was out due to injury, and his presence was certainly missed in midfield. Byram made his second start at left back and is beginning to look like his old self again. However given it was the substitutes that changed the game, you do wonder if Smith got the line up right in the first place.

The injury time goal and the celebration. That’s what football is all about. If you’re going to win a match, the most enjoyable way is to come from behind and score in injury time. If you do that, you almost forget what happened before. The lasting memory of this game will be Onel’s celebration, shirt removed to display his canary tattoo and being mobbed by the rest of the Canaries. It was joy personified, and we all left the ground singing his name into the night.

Taking time off work for a Tuesday night game in Birmingham, at first glance, doesn’t seem like the most tempting way to follow up on a bank holiday weekend. The second city may have lots to offer these days, but there’s not much of it in the surroundings of St Andrew’s. However I was coerced to make the investment of time & money to head to the West Midlands.

At half-time I can’t say I was convinced it had been the right decision. I had watched a very lacklustre first 45, with both teams lacking creativity or any kind of momentum. And things didn’t start much better  after the break, with Norwich conceding a very sloppy goal to give Brum the lead.

Onel Argos Hernández. Not just for the goal, he caused problems for the Birmingham defence as soon as he entered the field of play. Running at defenders and getting the ball into the box. Gave the team the boost it needed.

I went to the players forum, organised by the fans social club last week. And whilst there I told Onel I loved him. I think I may now love him a little bit more. Norwich have yet to be completely convincing this season, but we’re picking up points and heading up the table. Whether we’re riding our  luck or just taking our time to reach our potential we’ve yet to see. I’m just glad to return to Norfolk, and the finest of cities, with a win.

The ACN Match Review - Sunderland (a)

Tom and Jon had too many games to talk about since they last did a pod so ditched that idea and just gave the players ratings on the season so far.....