We found another excerpt of the secret diary of one Mr Paul Lambert, sounds like it's going well south of the border....... 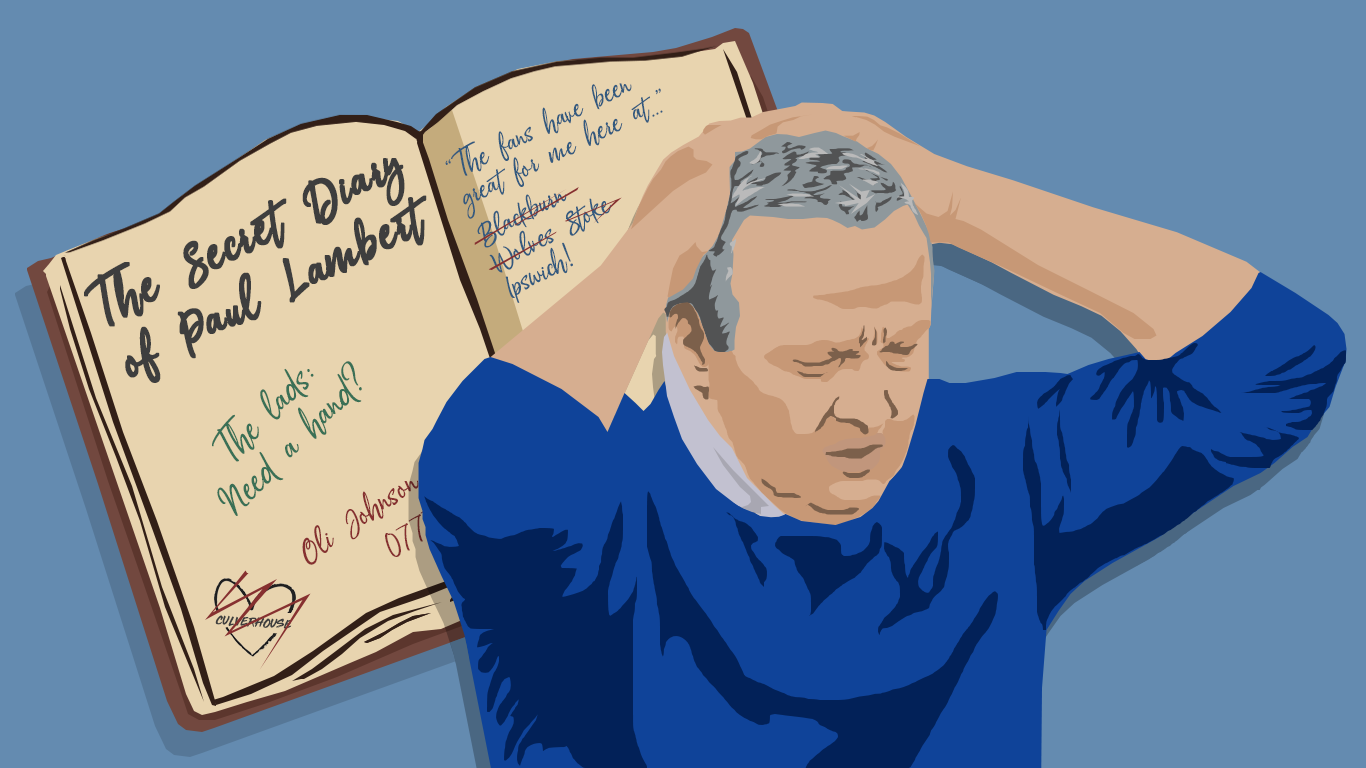 So proud of the lads today. Huge performance against a fantastic side in Peterborough, a real big side in this division. The lads give me everything, ran through walls for me. Chambo and the lads at the back didn’t gi’them a sniff, in fact they never had a shot on target in the 90 minutes. I said to Chambo at the end as he was fist pumping, “take yerself a minute there son, have another one”, course the fucking idiot took the pish and did two more. He was decent but I’m not sure it was a three-pump performance. Gilly said “Your missus reckons you give her a three pump performance most nights, doesn’t she gaffer?” Cunt. He knows she’s pissed off.

Course we still lost the game 1-0. Keeping a side like Peterborough down to 1 is incredible, I mean, Swindon are a bag of shite and they put three past us; that’s the amount I’ve improved the squad in just a couple of weeks. It’s my top level experience – I’ve played for big clubs in big stadiums under huge pressure; I’ve won a Champions League – that allows me to do this. The players respect that and you can see that in the way they play. Look at today. One shot on target in the entire game and we had that. That’s the domination and fearless, free flowing attacking style that I instil in my players.

Another positive was the standard of finishing by the boy McGuinness. Might move Chambo back central and give him a wee try up top next week. Goals win games and his did today. For them, admittedly but it’s just nice to see someone hit the back of the net in a blue shirt.

That wee bastard Culverhoose got beat too. 2-0 up with 20 to go and they lost 3-2. He’s fuck all without me; I’ve had nothing but success at big, big clubs and he’s non-league haha. Champions League Lambert, Non-League Culverhoose. He’d do well to remember that.

Was having a nice relaxing rest day. Gave the lads a day off, there’s no improving on yesterday and they left it all on the pitch, played for the shirt and I can’t ask any more of them. What would they gain from training today? I don’t know and I’m the gaffer. We’ll have a cheeky 5-a-side on Tuesday and we should be good for the weekend. We practiced set-pieces last season and I trust the lads. They know their jobs. They’re footballers. Well, some of them.

Anyway, I’m just chilling with a nice Malbec when Gilly pings the mobile. “Have you seen tomorrow’s  paper gaffer?” Thick cunt. How am I going to see tomorrow’s newspaper, it’s still today? Anyway, Gilly reckoned that the local rag are calling for me to be sacked!

The ungrateful bastards. Do they fucking know who I am? I’ve won a Champions League. I’ve played for big, big clubs under huge amounts of pressure and now some fucking pen-pusher wants me out of a job?

It did confuse me though. I said to Gilly “It’s because I banned him from the press conferences; he’s just trying to get his own back”.

“No gaffer, that was Phil Ham. This guy is Brad Jones.”

Well, we’ll have to ban that cunt too.

I don’t know what they expect. We’ve beaten Burton Albion twice recently and are only 1 point behind Crewe Alexandra in the table. People forget that we were top after 6 games with 16 points and we’ve got more than double that now with 35 despite only playing another 15 matches. That’s more than a point a game. Which is more than if we’d drawn every game so if we’re doing better than drawing, we’re winning. These journalists. They’ve been spoiled by my brand of football and I bought them all a fucking pint not so long back. Bastards.

Exciting times. Chelsea are apparently sacking Fat Frankie and the rumour mill is that his replacement is an ex-Borussia Dortmund hero. It’s me, isn’t it?

And what a fit that would be. I phoned Gilly and said the same thing that it would be like hand and glove. He agreed and said it was more like a Cock and condom. Strange lad, that Gilly. But it would be a great fit. Champions League wins: Chelsea 1, Me 1. I was the first British player to win it with a non-UK team, Dortmund, I’m a Dortmund legend.

Time to dust the old CV off, I reckon. When I say dust off, I mean delete my time at Ipswich. And Stoke. And Wolves. And Blackburn. And most of the stuff at Villa. Better. Took Norwich from bottom of League One to the Premier League, I’m seriously fucking amazing. I’d better ring Marcus; he’ll be gutted to lose me, we’re nailed on fucking certainties for promotion, ok, we’ve lost 5 of our last 6 at home, but that’s a blip. We pick ourselves up and go again.

Can’t believe it. Just got off the phone to Marcus and there’s been no contact from Abramovich at all. Not even to buy some dodgy tickets or guns or anything. Marcus reckons that they are going to appoint some nobody called Thomas Twoshells or something. Who the fuck is he and what’s he ever won? Bet he’s never won a fucking Champions League medal. Marcus was as shocked as me that they hadn’t been kicking the Portman Road door down, not that it would take much, the whole place is a bit ramshackle. That tree growing out of the stand is a nice touch, mind.

Still, Marcus knows what he’s got. Me. A winner. Chelsea have missed a trick but that’s the best news that Ipswich could have wished for. Bet Ham and Jones don’t write aboot that. 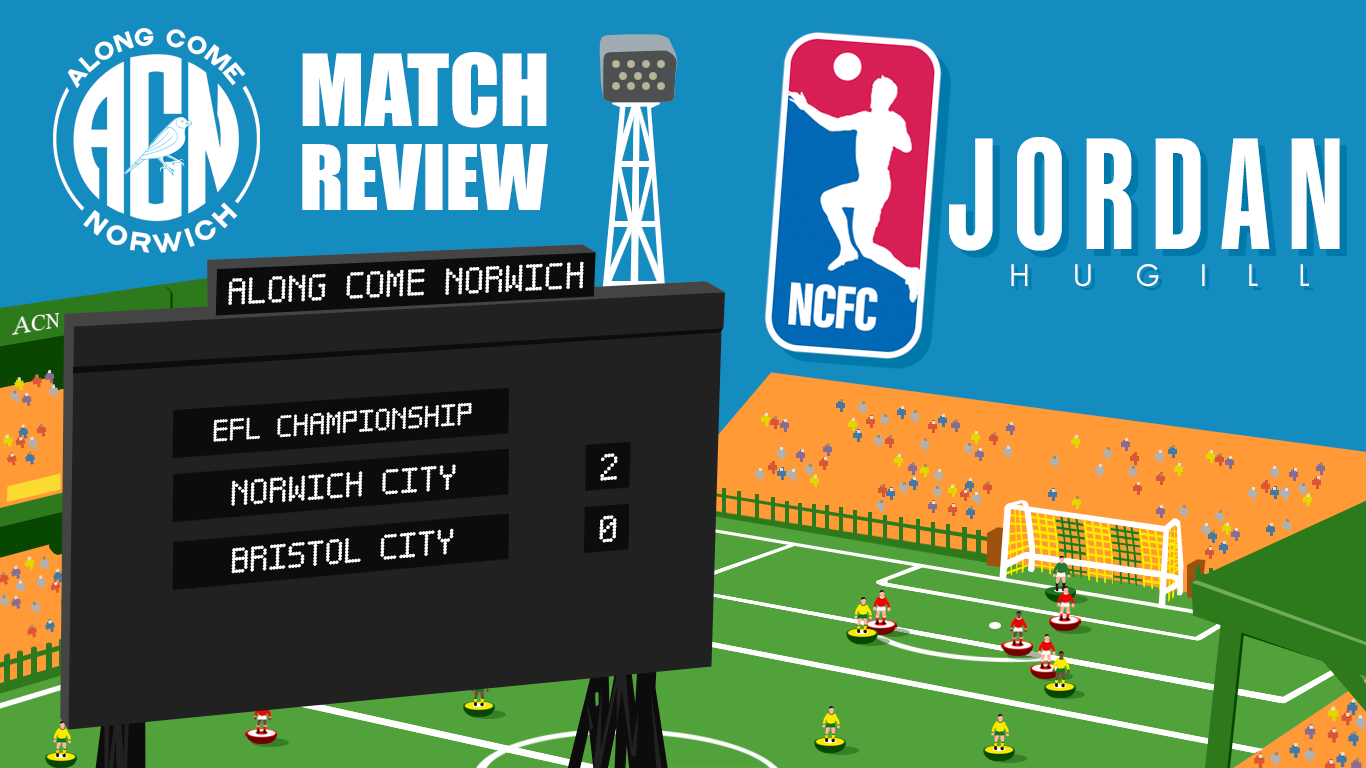